Diana Gabaldon is coming to North Carolina in April! 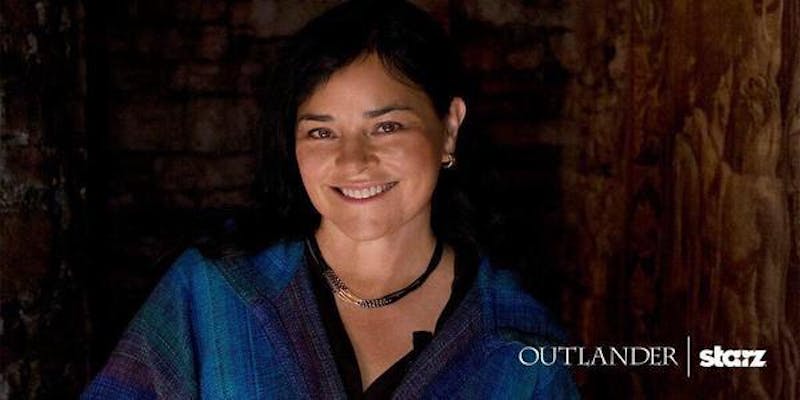 Very exciting news for OUTLANDER fans in North Carolina! Diana Gabaldon will be coming to NC on April 26-28 for several events, including:

Appearances at Tryon Palace in New Bern (where Claire stayed with Gov. Martin in A BREATH OF SNOW AND ASHES) on April 26-27.

Talk and book-signing at the Paramount Theater in Burlington, NC (in Alamance County, near the site of the Battle of Alamance depicted in FIERY CROSS) on the evening of April 27. Tickets for this event are $50 for the talk and $50 if you want a signed book and a photo. That's pricey for this sort of event, but I believe proceeds are going to support Alamance Battleground.

I mentioned the cost of the tickets to Diana on TheLitForum.com yesterday and here is her response:


Yes, those tickets do look pricey--they didn't ask me about what they could/should charge, but all events are indeed fund-raisers for the acquisition and curation of the Alamance Battlefield and/or the preservation/improvement of the Tryon Palace historical building.

My mom and I just got tickets for Diana's appearance in Burlington on the 27th.  Naturally I'm very excited! It's been a year and a half since the last time we met in person. This is a relatively small venue, only 390 seats, which is a good thing, as far as I'm concerned. And it's only an hour's drive from where I live. <g>

Karen I am so happy that you and your Mom will be able to attend and that this is close to home. It is over 14 hours for me, I will have to pass. It all sounds like an awesome couple of days. DG is great to lend her name and time to worthy causes such as this. Thanks for the heads up. Helen in Ark.

Hi Karen if I lived in the area I'd bee there . wouldn't mind spending that much money of it went for a good cause and the change to see Diana in person , please post as much for those of us who can't be there . Thanks for sharing . please post more soon. Happy Week. Loving Outlander . Sincerely .

Being a history buff and an Outlander fan, this a bucket list item for me. My wife , daughter and I are have bought tickets for the battlefield brunch.