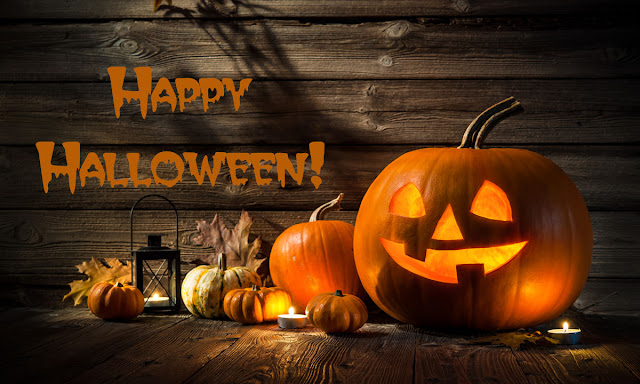 Happy Halloween! Here are some Halloween-themed quotes from Diana Gabaldon's books and stories. Hope you enjoy them!

6) Even wee Jemmy is affected by stories of "things that go bump in the night".


He was tall, and he was naked. Beyond a breechclout, he wore nothing but paint; long stripes of red down arms and legs and torso, and his face was solid black, from chin to forehead. His hair was greased and dressed in a crest, from which two turkey feathers stiffly pointed.

I was invisible, completely hidden in the darkness of my refuge, while the torch he held washed him in soft light, gleaming off his hairless chest and shoulders, shadowing the orbits of his eyes. But he knew I was there

I didn’t dare to move. My breath sounded painfully loud in my ears. He simply stood there, perhaps a dozen feet away, and looked straight into the dark where I was, as though it were the broadest day. And the light of his torch burned steady and soundless, pallid as a corpse candle, the wood of it not consumed.

I don’t know how long I had been standing there before it occurred to me that I was no longer afraid. I was still cold, but my heart had slowed to its normal pace, and my bare toes had uncurled.

“Whatever do you want?” I said, and only then realized that we had been in some sort of communication for some time. Whatever this was, it had no words. Nothing coherent passed between us--but something passed, nonetheless.

Happy Halloween / Samhain / All Hallows' Eve to all of you! If you happen to go near any stone circles in the next couple of days, be sure to carry a wee gemstone with you, just in case! You never know what might happen....
diana gabaldon halloween quotes happy halloween outlander

Thank you for these colorful scary tales!😳😬😨😘🏴󠁧󠁢󠁳󠁣󠁴󠁿⚔️💪🏽🎭

Very nice. I'm also reminded of the ghosts that show up with Jamie returns the Druid Kings cup to the bog in TSP.