The winners of the 2016 People's Choice Awards will be announced tonight (Jan. 6), starting at 9pm Eastern Time on CBS. OUTLANDER has been nominated in three categories this year:

You can see the full list of nominees here.

Best of luck to Sam, Caitriona, and the whole OUTLANDER cast and production team! <g>

If you're on Twitter, please use the hashtag #OutlanderPCA2016. 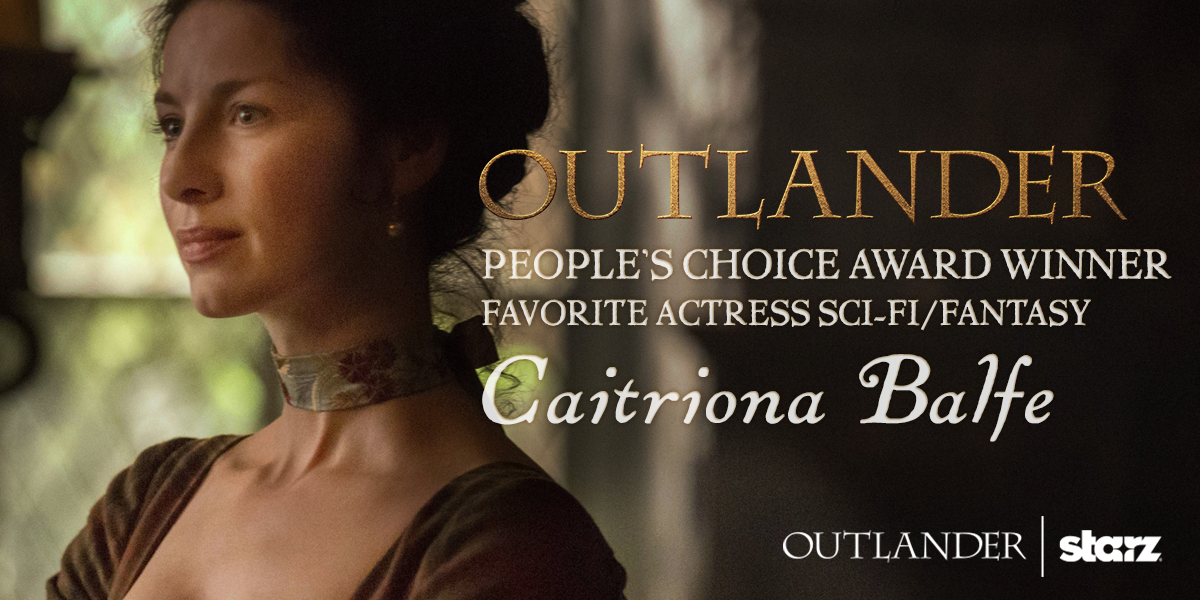 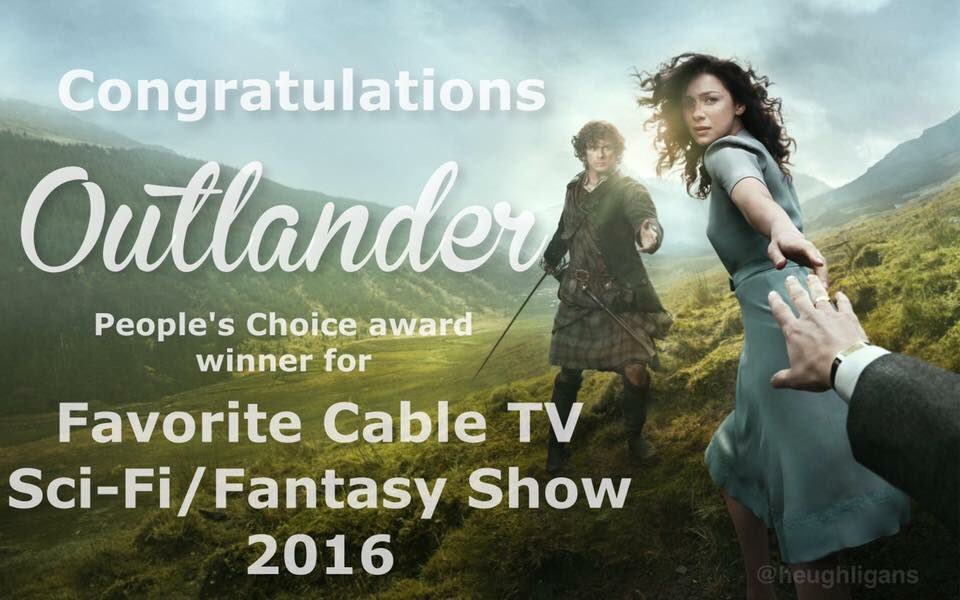 UPDATE 1/7/2016: Congratulations to Caitriona and to the OUTLANDER cast and crew on their People's Choice Awards! Sam Heughan didn't win this year, but there will be other opportunities.
#OutlanderPCA2016 caitriona balfe diana gabaldon outlander outlander starz tv series people's choice awards sam heughan

I am happy for the show and Cait, but I am so disappointed and frustrated for Sam who has done such a remarkable job of bringing Jamie off the pages and to life with conviction and love. Sam IS Jamie.

I have to agree with Susanlynn. Sam has done such a remarkable job with Jamie. Actually everyone has (cast, technical people, costumers, etc. etc.,)but Jamie is well-- Jamie!

I am beginning to feel like there is some kind of conspiracy against Sam! Maybe it is at least partly that those who either vote or nominate or whatever haven't read the books and thus don't realize how much Sam has put into the role.

I hope he realizes his contribution to the success of the series!

Hi Karen , would love to see them both win, they do such as fantastic job as Claire & Jamie , but often either only one wins or they don't , that's the reason why I don't watch award shows anymore , but I'll always love Outlander no matter what happens . please post more soon, Sincerely Mary Tormey.

Oh my. Starz has released a new photo from season two of a shirtless Jamie holding Claire dressed in a gorgeous blue gown on a blue sofa. You can see long scars on two of his fingers. It is a beautiful and touching photo.