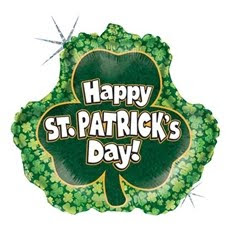 I don't have a drop of Irish blood myself, but I'm reliably informed that everybody's Irish on St. Patrick's Day!  So, in celebration of the day, here are a few of the Irish characters who have appeared in Diana Gabaldon's books.

5) The O'Higgins brothers, Rafe and Mick, who helped to smuggle Percy Wainwright out of prison near the end of BOTB.  They played only a relatively minor role in that book, but I thought they were pretty entertaining.

Once again, great list, Karen! You sure know how to do your homework. ;-)

I hadn't given much thought to Jeffries coming back into the picture, but I also was surprised to see Willie Coulter again in Echo. Who knows....