1) Remember the scene in A BREATH OF SNOW AND ASHES where Jamie encounters Malva Christie in the woods, looking for woodears?  The photo above shows what they look like.


"Well, so,” he resumed casually, “have ye enough of the woodears there?” He nodded at her basket. “I saw a good many yesterday, up near the Green Spring.”

The scientific name for woodears is Auricularia auriculae-judae. According to Wikipedia,


Auricularia auricula-judae has a soft, jelly-like texture. Though edible, it was not held in high culinary regard in the west for many years. It has been likened to "eating an Indian rubber with bones in it", while in 19th century Britain, it was said that "it has never been regarded here as an edible fungus". It has a mild flavour, and is useful for mixed mushroom recipes, but is still considered bland in the west.

Woodears have been used in Chinese medicine for centuries.  According to this site,


Auricularia has been used in traditional Chinese folk medicine for millennia as a treatment for everything from postpartum weakness to hemorrhoids. Recent laboratory testing revealed that the fungus had a hypoglycemic effect on obese mice and that it reduced the serum LDL cholesterol level of rats by 24%. The lowering of cholesterol and blood sugar may explain the extent of its use in China as a medicinal, as these therapeutic benefits would ameliorate many medical conditions due to "blood-thinning."

2) Lord John's father, Gerard Grey, the Duke of Pardloe, was an amateur astronomer who kept an orrery in his house.  An orrery is a device that illustrates the relative size and position of the planets of the solar system, and simulates the orbits of the planets and moons.  I'd never heard the word before I read the Lord John books.


He was overcome with a sudden sense of premonition, though he did not believe in premonition. He felt things in motion around him, things that he did not understand and could not control, things settling of themselves into an ordained and appointed position, like the revolving spheres of his father’s orrery--and he wished to protest this state of affairs, but could not.

The photo above shows an example of an 18th century orrery.  According to Wikipedia, the first modern orrery was built around 1704; the device took its name from Charles Boyle, 4th Earl of Orrery, for whom one of the earliest models was constructed.

This video shows an example of a wooden, hand-cranked orrery in operation.  (The one Lord John's father had was made of bronze.)  Keep an eye on Saturn as you watch this.  At first you'll think it's not moving at all, but it is -- verrrry slowly! <g> 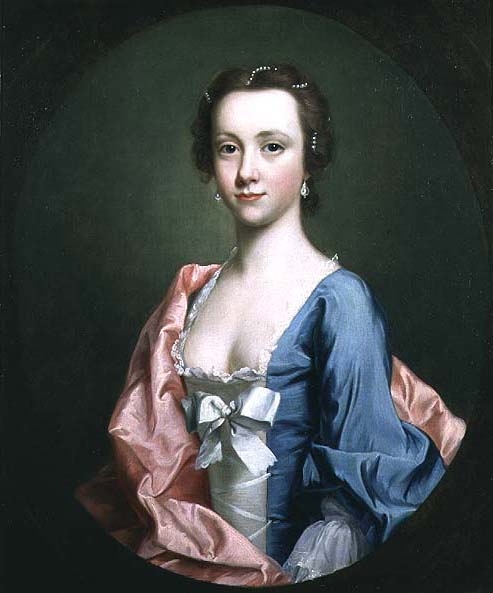 3) This painting by Allan Ramsay is thought to be a portrait of Jenny Cameron of Glendessary, the woman who led Clan Cameron's troops to join the Jacobite Rising in 1745.


There was paper and ink in the saddlebags. I sat down, watched with an almost superstitious awe by the goodwife, who had likely never seen a woman write anything before, and composed a note to Jenny Cameron. It was she who had led three hundred Cameron clansmen across the mountains to join Prince Charles, when he had raised his banner at Glenfinnan on the coast. Her brother Hugh, arriving home belatedly and hearing what had happened, had ridden posthaste to Glenfinnan to take the chieftain’s place at the head of his men, but Jenny had declined to go home and miss the fun. She had thoroughly enjoyed the brief stop in Edinburgh, where Charles received the plaudits of his loyal subjects, but she had been equally willing to accompany her Prince on his way to battle.

Here is one version of the story of Jenny Cameron, from a book published in 1898, a full century and a half after the Jacobite Rising.  There appears to be some confusion in the historical record, with some sources claiming that Jenny Cameron was a mistress of Charles Stuart, and others, that the mistress was a much younger woman who happened to share the same name.

Whatever her relationship with Charles Stuart may have been, there seems no doubt that Jenny Cameron did indeed lead troops to Glenfinnan at the start of the Rising.

This is artist W. Lockhart Bogle's depiction of Jenny Cameron leading the men of her clan to Glenfinnan.  (Sorry for the small size of the image, but I could not find the actual painting anywhere online.)  Keep in mind that this painting was done in the late 19th century, so it's not a literal representation of the event, but I thought you might find it interesting.

4) This photo shows everything you'd need to start a fire using flint and steel. Look here for step-by-step instructions.  And here's a brief video showing how it's done.  Have any of you ever tried this?  (I haven't.)

Claire knows how to use a flint and steel, but apparently it's not easy!


"I heard ye clickin’ away with that steel like a deathwatch, Mrs. Claire; why would ye no just come and fetch a bit o’ fire like a sensible person?” She touched the taper to the kindling in my brazier, which promptly popped into flame.

“Practice,” I said mildly, adding sticks to the infant flame. “I have hopes of eventually learning to light a fire in less than a quarter of an hour.”

“Bless ye, lamb, a quarter-hour’s no time at all! Why, often I’ve spent an hour and more, trying to catch a spark in damp tinder--in Scotland, ’specially, since nothing’s ever dry in the winter there. Whyever d’ye think folk go to such trouble, a-smooring the fire?"


5) I always have to laugh at the pop culture references in these books.  Here's one of my favorites:

I hadn’t any breath; what hadn’t been taken away by shock was being squeezed out by a rib-crushing hug.

“Bree!” I managed to gasp, and she put me down, though she didn’t let go. I looked disbelievingly up, but she was real. I looked for Jamie, and found him standing beside her. He said nothing, but gave me a face-splitting grin, his ears bright pink with delight.

Brianna gave me a grin to match her father’s, eyes bright as stars and damp with happiness.

“Nobody expects the Spanish Inquisition!”

The "Nobody expects the Spanish Inquisition" sketch was first aired on "Monty Python's Flying Circus" on the BBC on September 22, 1970.  Whether Brianna saw it herself (on a visit to Roger in the UK, perhaps?) or only heard about it, we don't know.  But I think it's hilarious. <g>

About the Spanish Inquisition--I think DG said in the Companion that she wasn't sure when this sketch aired, but it fit too well!

Karen, thanks for the fire making reminder..... i learnt how to do this late '60s early '70s when i went camping with the Girl Guides

For anyone interested, Restoration Hardware has (in the past) carried a pocket 'fire steel' at Christmas time as part of their collection of really useful stocking stuffers. Comes in a very small box - just right for tucking in a car glove compartment.