1) This is a yellow-billed Amazon parrot (Amazona collaria), a species of parrot that is native to Jamaica.   Click on the photo for a bigger view.  I think this might have been the type of parrot that Lord John encountered on Jamaica in "A Plague of Zombies".


Loud screams came from the garden below, and Grey glanced out, to see a flock of small, brightly coloured parrots swooping in and out of a big, lacy tree with yellowish fruit. Like clockwork, two small black children, naked as eggs, shot out of the shrubbery and aimed slingshots at the birds. Rocks spattered harmless among the branches, but the birds rose in a feathery vortex of agitation and flapped off, shrieking their complaints.

For more about the parrots of Jamaica, look here. 2) Many of you in the UK will doubtless be familiar with Aga cookers, but I had never heard of them before I read AN ECHO IN THE BONE:


He was fascinated by the Aga and pressed his backside against it, fairly shivering with delight.

“Oh, sweet Virgin,” he breathed, eyes closed as he reveled in the heat. “Is it not the lovely thing."

Here's a diagram showing how the Aga cooker works.  Click on the image for a bigger view.

The Aga was developed in 1922 by Gustav Dalén, a Swedish inventor and Nobel Laureate.  Here is an article with more information about Aga cookers.


"I’m afraid I’m none so canny wi’ the medicines as my Da yet,” young Mr. Haugh was saying at my elbow. “He’d taught me a good bit, but then he passed on a year ago, and there’s things here as I dinna ken the use of, I’m afraid.”

“Well, that one’s good for cough,” I said, taking down a jar of elecampane with a glance at the impatient Reverend, who had taken out a handkerchief and was wheezing asthmatically into it. “Particularly sticky-sounding coughs."

Here are some medicinal uses of elecampane (from A MODERN HERBAL, which is one of the herbals that Diana Gabaldon uses as a reference.)

According to this site:


Elecampane was one of the most important herbs to the Greeks and Romans. It was regarded as almost a cure-all for dropsy, digestive upsets, menstrual disorders and sciatica. The Anglo-Saxons used the herb as a tonic, for skin diseases, and leprosy. By the 19th century, it was used to treat skin disease, neuralgia, liver problems, and coughs. Today it is used almost exclusively for respiratory problems.


4) Here's a song called "The Maid Gaed to the Mill", performed by Ewan MacColl and Peggy Seeger.  You may remember it from the scene near the beginning of A BREATH OF SNOW AND ASHES:


Roger was, of all things, singing now, if one could call it that. Or chanting, at least, the words to a very bawdy Scottish song, about a miller who is pestered by a young woman wanting him to grind her corn. Whereupon he does.

“He flung her down upon the sacks, and there she got her corn ground, her corn ground...” Roger was chanting hotly in her ear, his full weight pinning her to the ground and the stars spinning madly far above.

If the original Scots lyrics are too difficult to follow, you can see an English translation here. 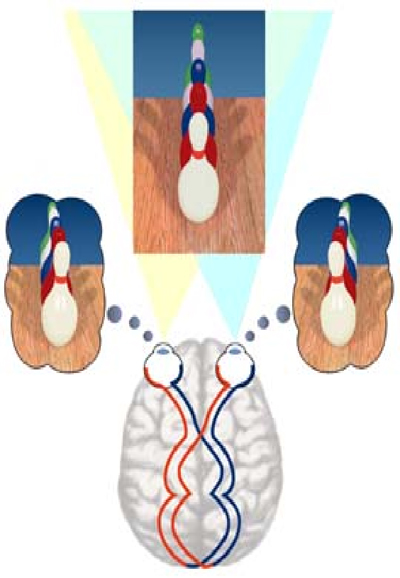 5) Remember Roger's difficulty learning to shoot in THE FIERY CROSS, which Claire attributed to a lack of binocular vision?


"I don’t...binocular vision? But doesn’t everyone?...I mean, both my eyes do work, don’t they?” He looked mildly bewildered. He looked down into the palm of his hand, closing one eye, then the other, as though some answer might be found among the lines there.

“Your eyes are fine,” I assured him. “It’s just that they don’t work together. It’s really a fairly common condition--and many people who have it don’t realize it. It’s just that in some people, for one reason or another, the brain never learns to merge the images coming in from both eyes in order to make a three-dimensional image."

Here's a fascinating article about stereo blindness (inability to see in 3D).

UPDATE 4/19/2013 9:07 pm: I asked Diana Gabaldon on Compuserve today where she got the idea for Roger's vision problems, and she said,


That would be my husband and elder daughter.  They were both born with severe strabismus, and while that was corrected, neither one ever learned to see binocularly.  It doesn't seem to hamper them.

I have a muscle disorder in my eyes. I have no 3-D vision at all, aside from monocular clues. You learn to make up for it in other ways. I learned to shoot when I was 5, but I admit, was never very good.