1) The photo above was taken at Cape Wrath, the most north-westerly point in Scotland. This is where Fergus, Marsali, Duncan Innes, and the rest of Jamie's small band of smugglers boarded the Artemis, just before she set sail across the Atlantic.  Click on the photo for a bigger view. (Photo credit: murphyz, on Flickr) Here's another view of Cape Wrath.  (Photo credit: Garga A., on Flickr.)  I like this photo because it seems to match the description in the book very closely:


It was a cold, gray day--there is no other kind in Scotland in December--when the Artemis touched at Cape Wrath, on the northwest coast.

I peered out of the tavern window into a solid gray murk that hid the cliffs along the shore. The place was depressingly reminiscent of the landscape near the silkies’ isle, with the smell of dead seaweed strong in the air, and the crashing of waves so loud as to inhibit conversation, even inside the small pothouse by the wharf. Young Ian had been taken nearly a month before. Now it was past Christmas, and here we were, still in Scotland, no more than a few miles from the seals’ island.

Have any of you ever been to Cape Wrath?

2) You may remember this scene from LORD JOHN AND THE BROTHERHOOD OF THE BLADE, where General Stanley is distraught over the cancelling of his engagement to Lord John's mother, Benedicta:


The general, relieved of Olivia’s blatantly fecund presence, had left the looking glass and was pottering round the room, heedlessly picking things up and putting them down at random.

“You do not suppose this is meant as some sort of test of my devotion?” he asked, rather hopefully. “Like Leander swimming the Hellespont, that sort of thing?”

“I think if she had meant you to bring her a roc’s egg or anything of the kind, she would have said so,” Grey said, as kindly as possible.

The painting above, by Elihu Vedder, is called "The Roc's Egg". A roc is a mythical bird of prey, enormous in size -- big enough to carry an elephant in its talons, as you can see from this illustration from THE ARABIAN NIGHTS.

For more about rocs, look here.

3) The photo above shows a closeup of stinging nettles (Urtica dioica). Just reading this brief description in DRAGONFLY IN AMBER makes me wince, imagining what that would feel like.


Still holding my eyes with his own, he reached out his free hand, fumbling over the rocks until he touched a bunch of nettles.  He drew in his breath as his fingers touched the prickly stems, but his jaw clenched; he closed his fist and ripped the plants up by the roots. 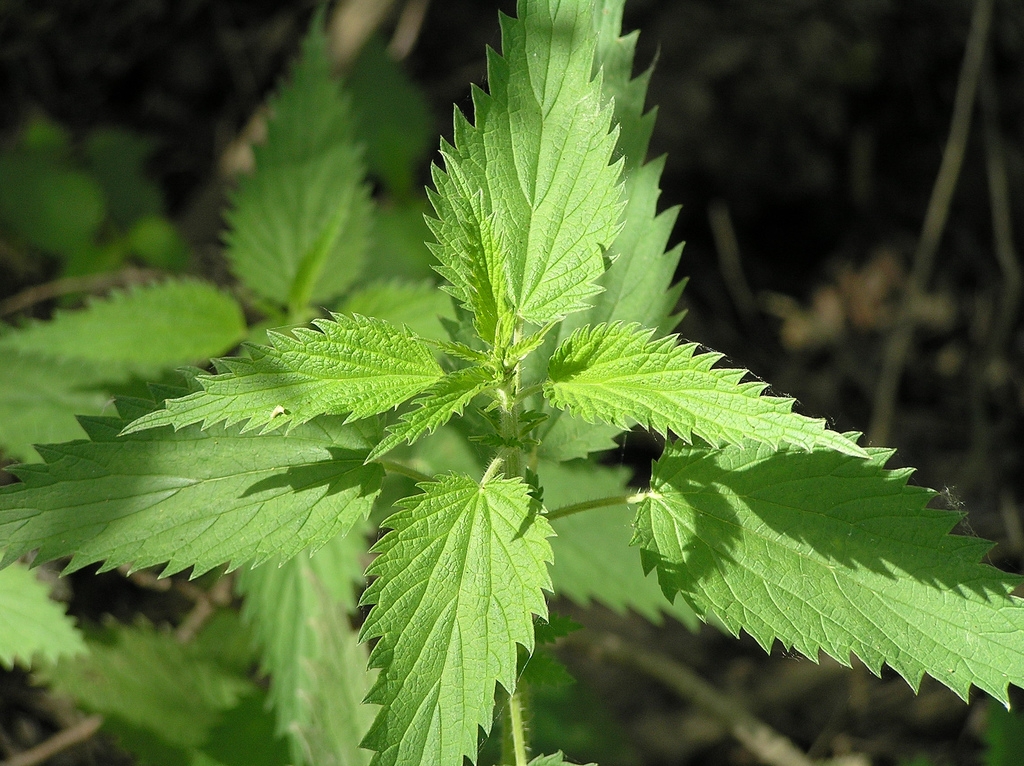 The expression "to grasp the nettle" comes from Aesop's Fables:


A Boy was stung by a Nettle. He ran home and told his Mother, saying, "Although it hurts me very much, I only touched it gently."

"That was just why it stung you," said his Mother. "The next time you touch a Nettle, grasp it boldly, and it will be soft as silk to your hand, and not in the least hurt you."

You may be surprised to learn that nettles are edible.  Here's a recipe from Outlander Kitchen that uses nettles.

For more information about medicinal and other uses for nettles, look here and here. 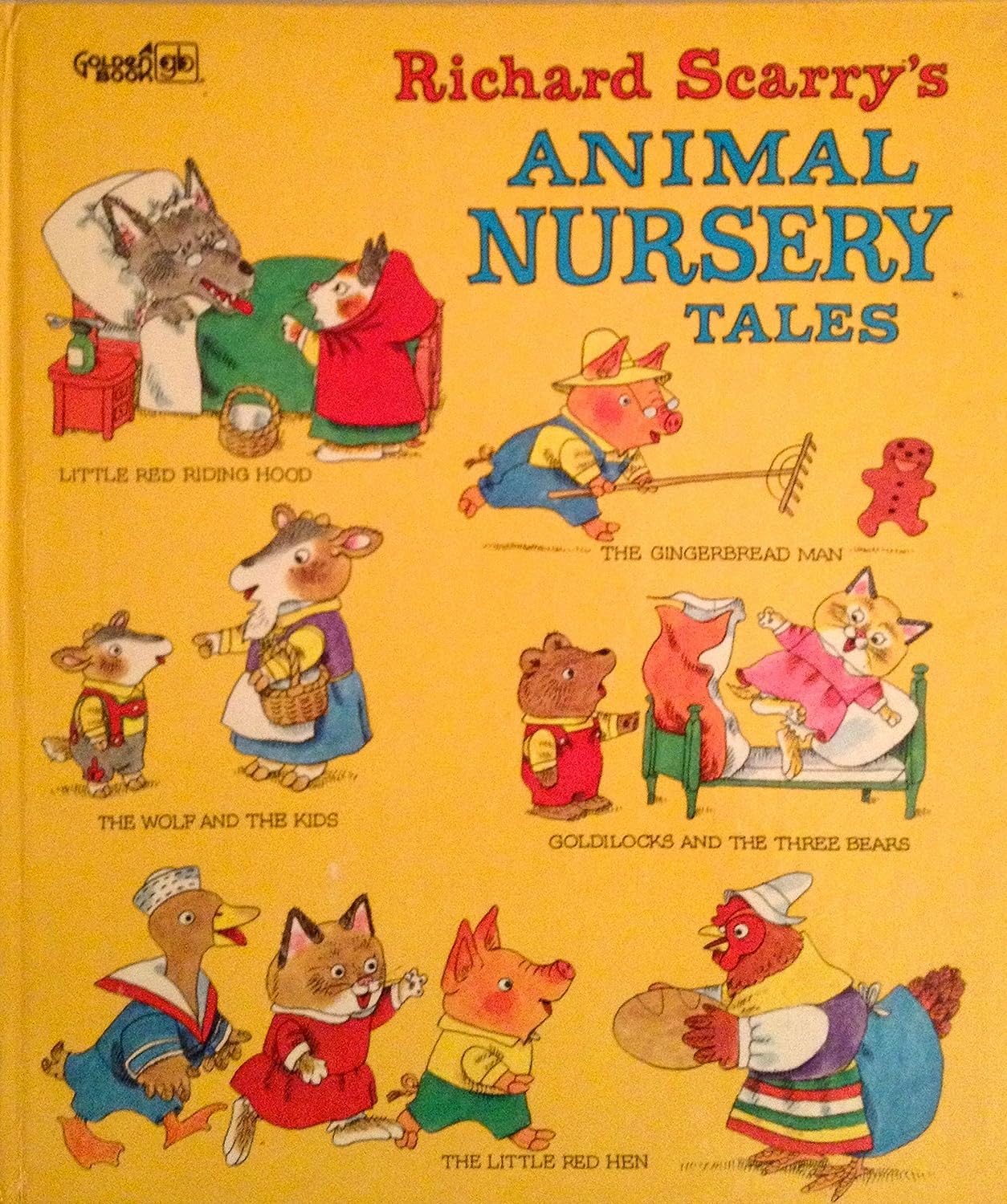 4) Richard Scarry's ANIMAL NURSERY TALES was first published in 1975, and it's still in print.  The photo above shows the cover of the 1975 edition, which is probably the one that Bree read to Jem and Mandy.


"Come on, what story are we reading tonight?”

“Okay,” she said amiably. “Me first!” and scampered madly out the door, giggling, followed by her brother in hot pursuit. 5) I had not heard of ley lines before I read the OUTLANDER books.  According to Wikipedia,


On 30 June 1921, Alfred Watkins visited Blackwardine in Herefordshire, and had been driving along a road near the village (which has now virtually disappeared). Attracted by the nearby archaeological investigation of a Roman camp, he stopped his car to compare the landscape on either side of the road with the marked features on his much used map. While gazing at the scene around him and consulting the map, he saw, in the words of his son, "like a chain of fairy lights" a series of straight alignments of various ancient features, such as standing stones, wayside crosses, causeways, hill forts, and ancient churches on mounds.

The diagram above shows the Belinus ley line, the longest ley line in the UK. It was discovered in 1974 by Guy Raglan Phillips.  Notice that Pitlochry and Culloden lie on its path.  Craigh na Dun, of course, is not far from Culloden.

These ley lines exist throughout the world, as Roger explained in his "Hitchhiker's Guide" in ECHO:


What people usually have in mind when using this term is an ancient pathway that leads, say, from a standing stone to an ancient abbey, which is itself likely built on a spot of much older worship.

Since there isn’t much objective evidence beyond the obvious existence of such lines, there’s a lot of guff talked about them. Some people think the lines have a magical or mystical significance. I don’t see any grounds for this myself, and neither does your mother, who is a scientist. On the other hand, science changes its mind now and then, and what looks like magic may really have a scientific explanation.

Here's a very interesting video about ley lines, including some discussion of ancient megaliths and other structures that were built where ley lines intersect.

Okay, Karen, I just got a dose of eerie with that video on ley lines. I didn't know they actually existed!

Have been aware of ley lines, found this video most interesting, hoping to move to Scotland and have been looking at properties along the ley line down from Pitlochry. Not intentionally! Unfortunately have a problem that haven't been able to find a buyer for our property..hopefully it will happen before long...

Thanks for the link, Karen! Many don't believe it until they taste them for the first time, but nettles are a wild alternative to cultivated greens that are higher in nutrition and taste absolutely amazing! :) Theresa