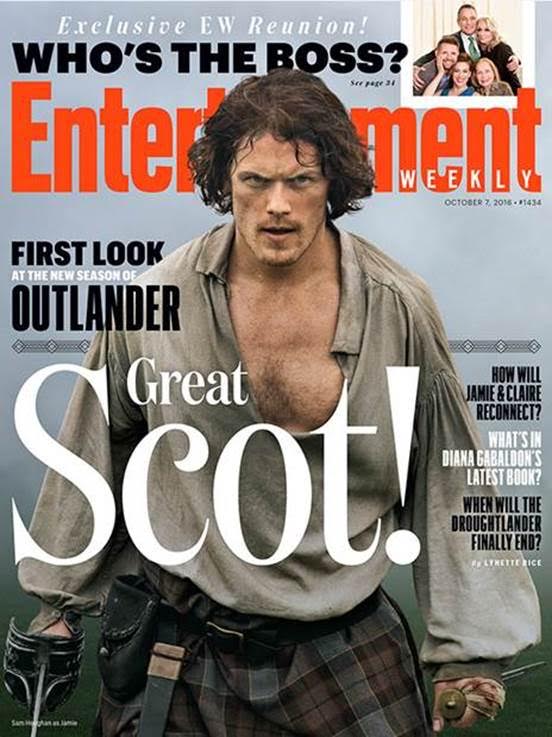 This is the cover of the October 7th issue of Entertainment Weekly, which will give us an exclusive "first look" at OUTLANDER Season 3.

I think Jamie looks pretty scary in this photo, and he absolutely nails the description by Archie Hayes in FIERY CROSS:


"Ye looked fair wild, man, for there was blood runnin' doon your face and your hair was loose on the wind. Ye'd sheathed your sword to carry me, but ye pulled it again as ye turned away. I didna think I should see ye again, for if ever I saw a man set to meet his death ..."

He shook his head, his eyes half-closed, as though he saw not the sober, stalwart man before him, not the Fraser of Fraser’s Ridge--but Red Jamie, the young warrior who had not gone back from gallantry, but because he sought to throw his life away, feeling it a burden--because he had lost me. 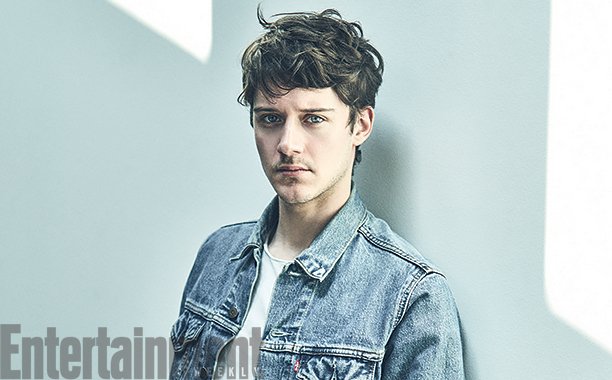 STARZ announced yesterday that French actor César Domboy will play Fergus as an adult.  According to this site,


American viewers might recognize him from The Walk, the film that dramatized high-wire artist Philippe Petit’s 1974 walk between the World Trade Center Towers where he played Jeff/Jean-François.

Here's a short video interview with César Domboy. I think he'll do fine as the older Fergus.

Finally, on a personal note: I want to thank you all for your prayers and condolences on the recent loss of my father, who passed away on September 16. It's been a very tough, emotional few weeks, and I'm grateful for your support. It really helps!

I hope to get back into a regular blogging routine from here on. Watch for a new post on Saturday with the results of my September poll!
diana gabaldon fergus joe abernathy outlander outlander season 3 outlander starz tv series season 3 casting season 3 news young ian

Glad to have you back Karen. Time heals everyting, eventually you're left with wonderful memories to hold in your heart. Always enjoy reading your insightful blog.

I am so sorry to hear about your father's death, Karen. Please accept my deepest sympathy.

Really missed your blog, Karen! So sorry for your loss. I discovered outlander right after I lost my mother. Getting lost in outlander helped me immensely. Hope it helps you too

Karen,
I am sorry to read of your father's passing.
Cindy

Karen...so glad to see you back. Both of my parents and parents in law are gone. Your father will always be with you.

I am excited about the news of Outlander casting and production. I cannot wait to see Voyager unfold before our eyes on the screen. I wonder what episode will show the printshop scene..perhapd 4?

I am looking forward to watching "Versailles" on OVation tonight and seeing the FRench court. I will be thinking about Jamie and CLaire's time there.