11/24/2016 06:00:00 AM
In honor of the upcoming holiday, here are some Thanksgiving-themed quotes from the OUTLANDER books. This has become an annual tradition here on Outlandish Observations, and I hope you enjoy them!

I love this scene, especially for Roger's reaction. He's a little taken aback by her shooting skills, but his ego doesn't seem to be threatened by the fact that she's better at hunting (providing food for the family) than he is. 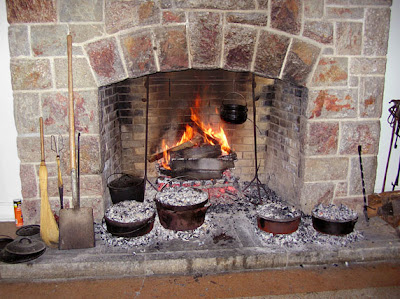 Happy Thanksgiving! (And to those of you outside the U.S., best wishes for the holiday season.)  If you're looking for OUTLANDER-related food ideas, check out this OUTLANDER Thanksgiving Feast posted by Theresa Carle-Sanders, author of the OUTLANDER Kitchen cookbook.
diana gabaldon happy thanksgiving outlander outlander quotes

Hi Karen, Happy Thanksgiving to you too , and I hope you have a Happy Holiday season too , today is Black Friday , but I stay away from stores and I go to the movies , also will be watching Season 2 of Outlander , plus am re-reading "Voyager" so it will be a fun weekend, Hope you have fun too , please post more soon. love your Blog, Sincerely