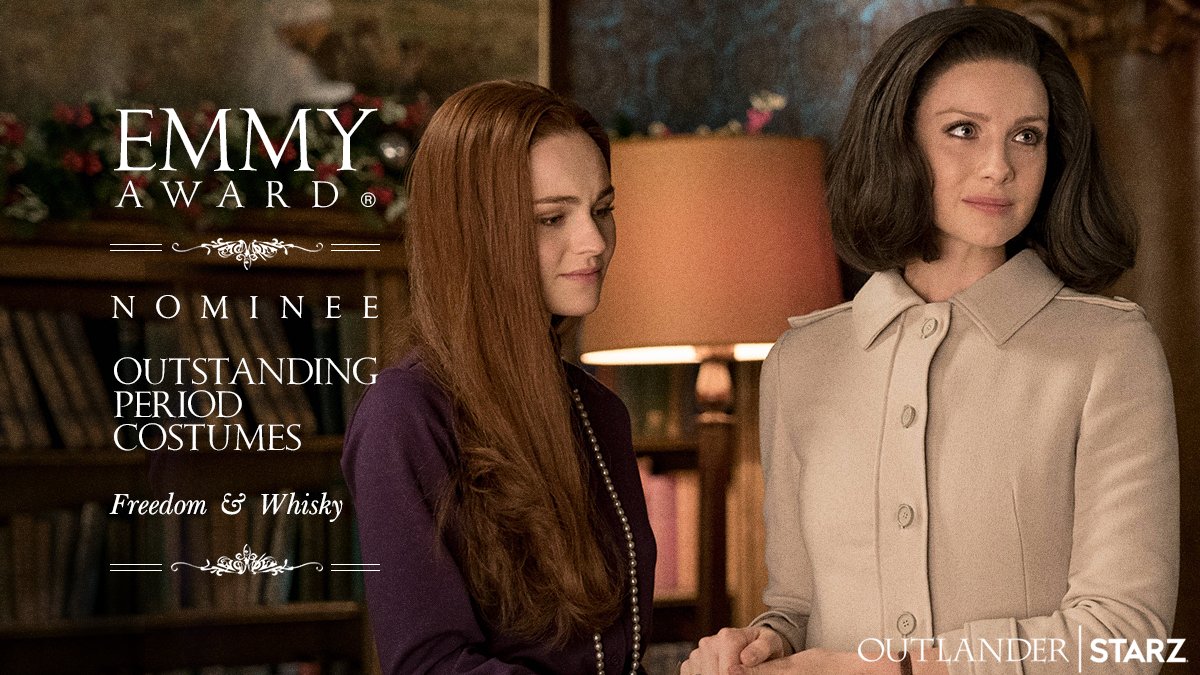 Congratulations to OUTLANDER's costume designer, Terry Dresbach, and her team for their Emmy nomination in the category of "Outstanding Period Costumes", for Episode 305, "Freedom & Whisky".

Terry does a wonderful job with the costumes and I'm glad to see her recognized for her efforts.

So, why did they choose this particular episode?  I suspect it was because this was the episode that introduced Claire's "batsuit", the multi-layered outfit that she wore, in one form or another, for the rest of the season.

I thought the "batsuit" was a very clever idea, even if Claire seemed to magically put it together overnight. On re-watching Season 3, it's interesting to watch the way that costume evolves, changes, and eventually disintegrates, over the course of Claire's adventures -- first in Edinburgh, then on the Artemis, the Porpoise, and in the Caribbean. By the time Jamie and Claire wash up on that Georgia beach at the end of Episode 313, there's almost nothing of the original costume left.

Congratulations, Terry! I'm looking forward to seeing what she does with the costumes in Season 4.

Hi Karen love the costuming from season 3 and felt Terry did a wonderful , but it was unfair of Emmy to ignore the cast , they put so much of their talents and efforts into the show and then to be snubbed is very un fair , unfortuatly award shows are all about popularity and not about real talent today which is very sad , so hate award shows and will love Outlander no matter what and can't wait to see what the cast will be wearing in season 4 . will be watching season 4 this Fall . please post more soon. Happy Weekend. sincerely .

I wonder what rock "the Emmys " have been living under these last few years. This is definitely on of the best shows ever conceived from top to bottom. As in Field of Dreams, if you make this they will come (round). Kudos to everyone involved.