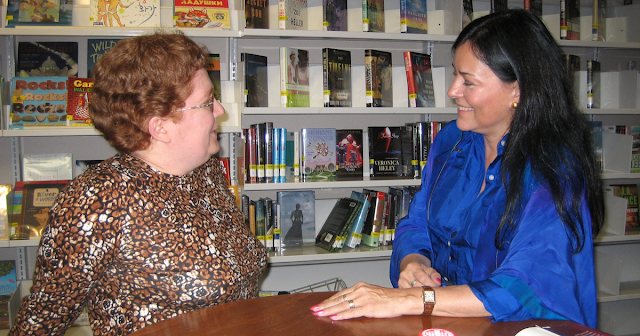 Here are the results of the February poll, which asked the question, "Have you attended any of Diana Gabaldon's public appearances?"
There were 517 responses to this month's poll. Thanks very much to everyone who participated!

I didn't vote in the poll myself, but I have seen Diana in person four times, most recently in 2017. The photo above is from my first encounter with Diana, at an appearance in Columbia, MD, in 2009.

Please take a moment to vote in the March poll, which asks, "Do you read excerpts or #DailyLines from Diana Gabaldon's upcoming books or stories?"
diana gabaldon have you attended any of diana gabaldon's public appearances march poll results outlander