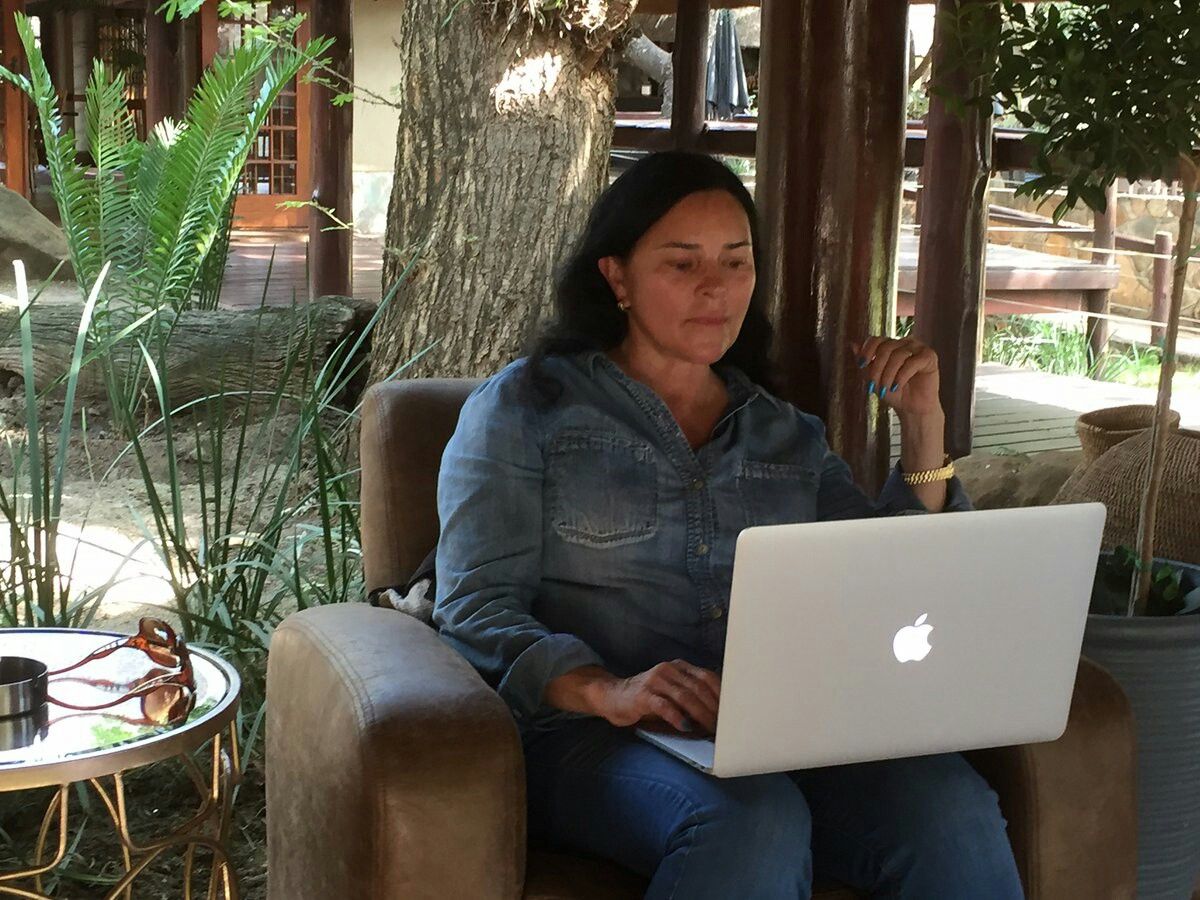 So she has begun what she calls the "Final Frenzy" phase of Book 9 of the OUTLANDER series, GO TELL THE BEES THAT I AM GONE.

What exactly does Diana mean by "Final Frenzy"?  Here's an explanation that she posted on the Compuserve Books and Writers Community in 2008, when she was writing AN ECHO IN THE BONE:

By the end of the FF, with the book very close to completion, she's often working so hard that she barely stops to eat or sleep.

We still don't have a confirmed publication date for BEES (with luck, it will be out later this year), but the fact that Diana has reached this stage is certainly an encouraging sign!

(Please note: as Diana often says, "finished" is a relative term, to a writer!  Even after the manuscript is done, there are many more stages that the book has to go through before it's actually published.)

Keep in mind that Diana may not be online as much (on TheLitForum.com, Twitter, or Facebook) once the FF really gets underway, because she'll be spending most of her time writing.  If you have a question that only Diana is in a position to answer, just be patient, and realize that it may take her a while to get back to you.

Let's all wish her the best of luck (and lots of uninterrupted writing time!) during the Final Frenzy!
book 9 diana gabaldon final frenzy go tell the bees that i am gone outlander

Good luck!! Cant wait! Just be sure to take care of yourself.

Hope it all goes smoothly for you! And enjoy!

The lives of our favorite book people are being determined at this exact moment in time. Let the woman work and please keep her well away from George R.R. Martin! Lol

Thank you for the update Karen, this is very exciting news!!

You are amazing! God be with you. Take care of yourself.

This is wonderful news!!!

Best of luck with the mental gardening to finish BEES!!! Don't forget to take time to take care of YOU dear lady. 😍🤗🤩

That's exciting news! Can't wait! As for Mr. Martin - perhaps Diana's writing ethics could rub off on him. Though to be honest, once I've watched all the seasons of GOT I don't think I'll care to read his final books. I will always enjoy rereading Diana's books!

Does anyone know how long after the book is published it will be available on audio?

Since you are a veteran at this and I am impatient I wish you great luck and speed!❤

Incredible how long it takes, writing such an excellent book and I am sure I will finish reading it in 1 or 2 days🙈
Thanks you so much Diana, for brighten my life with your books.❤️

It really depends on how much time they have between getting the final version of the manuscript and the scheduled publication date for the hardcover/e-book. Sometimes it works out, sometimes not. But they do try. We'll just have to wait and see!

Thank you for the update, Karen! Much appreciated!

Outlander fans are anxiously waiting for this book to be printed. Be sure to take care of yourself though. It's worth the wait. We'll be here when it is done. Frenzy on Diana.

Take your time, Diana. Don’t rush it! We trust you to give us your best! My life changed when I read Outlander for the first time.

Stay well! And for inspiration, I recommend an entire box of chocolate covered cherries! (And some Tums!) You are loved!

Wonderful news! Take your time - we must be patient, as it is worth it! Love, your translator in Finland ❤️

Whenever it's done, I already know it was worth the wait😘

Fantasttic News Diana but please don't wear yourself out!! We would like you to be around for a good while yet!! <3

Hi Karen wonderful news and I hope she takes all the time she needed and will be as pasient as possible , it would be neat to see it come out by the Holiday Season of 2019 if not then by the Winter of 2020 , so Happy Writing Diana and take care of yourself and we know us fans will be buying up plenty of copies when Book #9 does finally appear . please post more soon. Happy week . Loving Outlander Sincerely

Simply Love and appreciate everything Diana has done for us in Scotland through the books I've loved since being given a third hand copy of then called CrossStitch, now Outlander to read on a transatlantic flight to Chicago and on to Miami.I literally barely noticed any aspect of the flight. Enchanted then, enchanted now and thankful, always

May the Force be with you. I just finished reading Moby again and I'm starting over with Outlander again, I always find new things to read in each book. Thank you Diana for helping me get through my life with interesting characters to read about and to fall in love with.The are my fictional family.