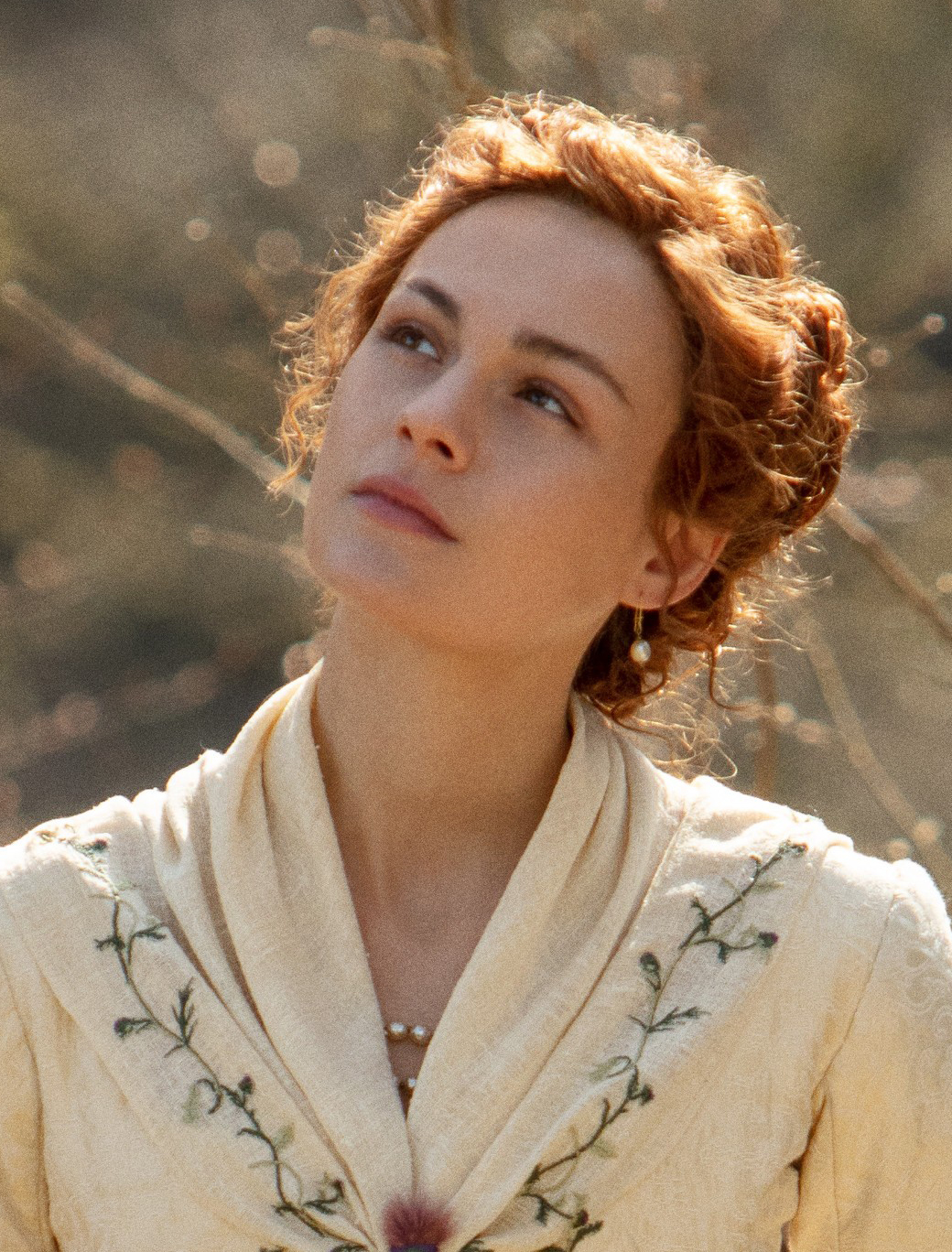 Wishing a happy birthday to Brianna Ellen Randall Fraser MacKenzie! According to the Timeline on Diana Gabaldon's website, Bree was born on November 23, 1948. (Coincidentally, today also happens to be my own birthday. <g>)

In celebration of Bree's birthday, I'm reposting my ABC's of Brianna.  I borrowed this idea from a writer's exercise that was posted on the Compuserve Books and Writers Community (now TheLitForum.com) a few years ago. The idea is to list one word pertaining to the character for each letter of the alphabet, along with a brief explanation. Here's my alphabet for Brianna.

If you haven't read all of the OUTLANDER books, you will find Major Spoilers below! Read at your own risk.

A for Artistic. I like Bree's artistic side very much, especially because it's something that she did not inherit from either of her parents.

B for Boston, where Brianna was born and raised.

C for Catholicism.  Bree attended parochial schools as a child, and her Catholic faith is important to her, but she's not bothered by the fact that Roger is a Presbyterian.

D for the Dreambook, in which Bree records her dreams and her most private thoughts. She can be a hard person to get to know, and I think the Dreambook helps, by giving us a glimpse into a part of herself that she won't talk about, even to Roger.

E for her Engineering skills:

Before being forcibly returned to the surgery, Jamie had estimated the buffalo’s weight at something between eighteen hundred and two thousand pounds. Brianna had nodded at this, handed Jemmy to Lizzie, then walked slowly around the carcass, squinting in deep thought.

“Right,” she’d said, and as soon as the men began to appear from their homesteads, half-dressed, unshaven, and wild-eyed with excitement, had issued cool directions for the cutting of logs and the building of a pulley-frame capable of hoisting and supporting a ton of meat.

F for Frank Randall, the man who was "Daddy" to her all her life. He may not have been her biological father, but there's no doubt that he loved her very much.

G for the Gathering at Mt. Helicon, where Bree and Roger were married.

H for Hunting.  Bree is a surprisingly good shot with a musket.

She swung around, sighted on it as it left the ground, caught the black blob outlined for a split second against the brilliant sky, and blasted it in the tail feathers. It dropped like a sack of coal, and hit the ground forty yards away with an audible thud.

I for Ingenuity and Inventions. My favorite example is the the snake-fang syringe, which saved Jamie's life after he was bitten by a snake in FIERY CROSS, by giving Claire a way to inject penicillin directly into his bloodstream.

J for her son, Jem. And for Jamie, of course.

K for the Kiln she built on the Ridge, to make clay pipes to carry water. Also for Bree's habit of Kicking solid objects, like trees, when she gets angry or frustrated.

L for Lallybroch. Also for Lizzie, who accompanied Bree to America and became a valued member of the Fraser's Ridge community.

M for her daughter, Mandy.  Also for Matches, a 20th-century invention that Bree introduced in A BREATH OF SNOW AND ASHES.

O for Only child. Like Roger and Claire, Bree grew up without siblings. When she visits Lallybroch in DRUMS, she experiences for the first time what it's like to be part of a large family.

P for Parents. Brianna loves all three of her parents -- Claire, Jamie, and Frank -- very deeply. I love watching the way her relationship with Jamie evolves over the course of the series.

Q for Quest. It took many months, including a trip through the stones and a long sea voyage, but Bree found Jamie Fraser at long last.

"You can ... call me Da," he said. His voice was husky; he stopped and cleared his throat. "If--if ye want to, I mean," he added diffidently.
"Da," she said, and felt the smile bloom easily this time, unmarred by tears. "Da. Is that Gaelic?"
He smiled back, the corners of his mouth trembling slightly.
"No. It's only .... simple."
And suddenly it was all simple. He held out his arms to her. She stepped into them and found that she had been wrong; he was as big as she'd imagined--and his arms were as strong about her as she had ever dared to hope.

R for Roger, of course.  Also for Resourceful. Bree is a good person to have around in a crisis.

S for Stephen Bonnet. The rape had a profound impact on Brianna for years, but in the end she showed mercy by shooting him in order to keep him from drowning.

T for Time-Travel, without which Brianna might not have survived to be born in the first place.

U for Underwear, or the lack of it.

"I got out of the habit in the eighteenth century,” she snapped, plainly taking the huff. “I only wear knickers for ceremonial purposes anymore."

V for Virgin. Bree was a virgin on her hand-fasting night.

W for Work. Having a career is important to Brianna, just as it has always been for her mother. I like the echoes, in this scene, of Claire and Jamie's argument in DRAGONFLY about working at L'Hôpital des Anges.

"Job," she’d repeated, narrowing her eyes at him.

He had been swift enough to suppress the automatic "But you’ve got a job" that had sprung to his lips, substituting a rather mild--he thought--"Why?"

Never one for quiet diplomacy, she’d fixed him with a stare and said, "Because one of us needs to work, and if it isn’t going to be you, it’ll have to be me."

X for her eXplosive temper.

"Now, sweetheart..." Roger began. I could have told him this was a mistake; Frasers in a fury tended to pay no attention to honeyed words, being instead inclined to go for the throat of the nearest party unwary enough to speak to them.

"Don't you 'sweetheart' me!" she snapped, turning on him. "You think so, too! You think everything I do is a waste of time if it isn't washing clothes or cooking dinner or mending your effing socks! And you blame me for not getting pregnant, too, you think it's my fault! Well, it's NOT, and you know it!"

Y for Young. Bree was only nineteen years old when we first met her in DRAGONFLY, naive and inexperienced in many ways, and certainly not the seasoned world-traveler that both of her parents were at the same age. She's changed quite a lot in the last few years!

Z for the Zipper of her jeans, which she used as a weapon to fend off Rob Cameron in MOHB.

Many thanks to Diana Gabaldon for creating an unforgettable character, and to Sophie Skelton for bringing her to life on TV!

I hope you enjoyed these ABC's. Here are the other posts in this series: