The waiting is the hardest part 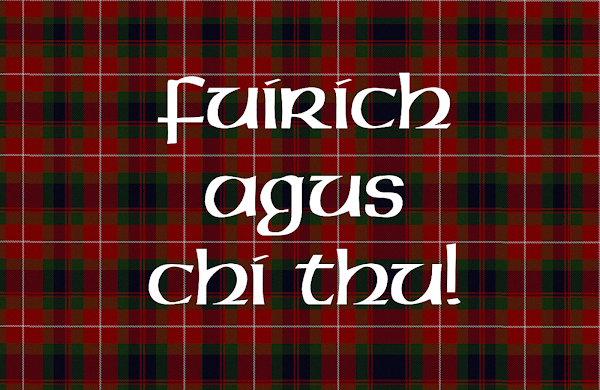 Earlier this week, Diana Gabaldon posted a very long reply to a comment on her Facebook page, on the subject of why she has been wrong (repeatedly) in her estimates over the last several years of when she will be finished writing GO TELL THE BEES THAT I AM GONE, Book 9 in the OUTLANDER series.

Diana's post is definitely worth reading in full. If you're on Facebook, you can see it here. Or if you prefer, you can read the whole thing on TheLitForum.com here. (For those of you who don't know, TheLitForum.com, formerly the Compuserve Books and Writers Community, is Diana's main online hangout, and I have been moderator of Diana Gabaldon's section of the forum since 2008. You have to sign up to read or post on the forum, but it's free.)

Among other things, Diana says:

The answer [to the question of when she'll be finished writing the book] is always the same: "Right now, this is my very best estimate of when I _think_ I'll be done. I will be wrong. I'm _always_ wrong. A book _always_ takes longer than I think it will. Always. But this is what I think right now."

And the immediate result is that people start circling theoretical dates on their calendars, rushing to their computers to share the big news that the book WILL BE OUT ON [DATE]!!! (most people don't realize that my finishing the manuscript is not the date on which the book will be released, but why should they?)

So...I _was_ wrong in my estimate. I've always been wrong. I will always _be_ wrong.

Diana has said that before, many times over the years (not just about BEES, by any means), and yet people hear what they want to hear.

I understand that people are frustrated, believe me! But pointing out all the times that Diana thought she was getting close to the end, only to discover that she wasn't nearly as close as she'd thought, doesn't strike me as a constructive way of dealing with the situation.

A quick example: The last time I saw Diana in person, at an appearance in Burlington, NC, in April 2019, she told me she thought she might be finished in "about three months". Well, here we are, 22 months later, still waiting. So be it. The book will take as long as it takes, and as Diana has said many, many times in various places online <wry g>, the publisher will not set a release date until after the manuscript is done.

I'm remembering something that Diana said years ago: "My only responsibility is to the book." She's not going to declare BEES finished until she's satisfied that it's as good as she can possibly make it. And if real life has slowed down the writing somewhat in recent years (spending time with her two small grandsons, breaking her shoulder in April of last year, watching dailies and reviewing scripts for the OUTLANDER TV show, etc., etc.), well, she's a human being, not a writing machine <g>, and she's absolutely entitled to spend her time however she sees fit. I for one don't begrudge her one second of that time. Ever.

Check out Neil Gaiman's "Entitlement Issues" blog post from 2009 for some further thoughts on this subject, from another bestselling author. Some of you may have seen his post before, but in my opinion it never gets old.

It seems to me that Diana's readers have two choices. Be patient and find other things to focus on while we wait, or spend our time bitching and complaining about how long it's taking. Complaining about it isn't going to make Diana write any faster!

The book will be done eventually, and we'll all have plenty of time to devour it and discuss it thoroughly, and speculate about what it all means. And naturally I'm looking forward to that with great anticipation! But at this stage, all we can do is wait, with as much patience as we can muster. I'm confident the wait will be worth it.

"There isn’t anything to do but wait.” I grimaced slightly. “That’s the hardest part.”

In the meantime, try to find something else to keep yourselves busy while we wait, and remember, "Fuirich agus chi thu." That's "wait and see" in Gaelic, one of Diana Gabaldon's favorite phrases.

when will bees be finished

Hear! Hear! Why would anyone want to rush such a wonderful author? I will wait til it’s her perfect work with perfect peace...it will be so worth it! Thank you, Karen. We have Diana in our hearts. Jana

The story is hers and she so generously writes it for the rest of us to love - a gift worthy of the waiting!

Thank you and Diana for putting the whole waiting for the book issue into perspective. I like Neil Gaiman's thoughts, too. I certainly am longing for Bees and for the TV series, but I will just have to wait as we all will. I take the complaints as proof of how good both the books and TV series are.