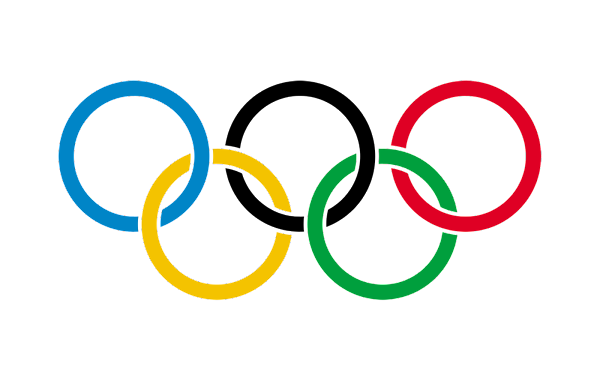 Just for fun, in honor of the 2012 Summer Olympics, here are a few quotes from Diana Gabaldon's books that show the characters engaged in various athletic pursuits.  I hope you enjoy them!


Beat, beat, feint, a half skip back as Hal’s point lunged past his face, another, Hal was leaning too far forward--no, he’d caught himself, jumped back in the nick of time as Grey’s blade came up. A lunge in tierce, in tierce again without let, and dust flew up from the stamp of his foot on the boards.

Hal had caught what he was about; he could feel Hal’s thoughts as though they were inside his own head, feel the edge of astonished annoyance change, anger rising, then the jerk as Hal caught himself, forced himself to restraint, to something colder and more cautious.

Grey himself had no such restraint. He was happily off his head, drunk with the lust of fighting. His body felt like oiled rope, tensile and slippery, and he was taking dangerous chances, completely confident that he could elude Hal’s point, regardless.

Here's Jamie, just after Mary Hawkins has unexpectedly made an appearance at a dinner party the day after she was raped:


Jamie shrugged at me, then glanced around him. I saw his eyes light for a moment on a three-legged table near the wall, holding a tall vase of chrysanthemums. He glanced up, measuring the distance, closed his eyes briefly as though commending his soul to God, then moved with decision.

He sprang from the floor to the table, grasped the banister railing and vaulted over it, onto the stairway, a few feet in advance of the General. It was such an acrobatic feat that one or two ladies gasped, little cries of admiration intermingled with their exclamations of horror.

Young Ian, running through the woods, pursued by wolves:


The more-distant wolf howled again; the near one answered, so close that the hairs rose up straight on the back of his neck. He heaved a rock in the direction of the call, turned, and ran, the bundle of rocks clutched hard against his belly.

The sky had lightened into dawn. Heart and lungs strained for blood and air, and yet it seemed as though he ran so slowly that he floated over the forest floor, passing like a drifting cloud, unable to go faster. He could see each tree, each separate needle of a spruce he passed, short and thick, soft silver-green in the light.

His breath came hard, his vision blurred and cleared, as tears of effort clouded his eyes, were blinked away, welled back again. A tree branch lashed his face and blinded him, the scent of it sharp in his nose.

Jamie and Roger, moving boulders on the Ridge:


"Why?” he asked, eyes on the huge stone he was slowly heaving into place. It was too heavy to lift, the size of a whisky keg. Knotted clumps of grass roots stuck out from under it, ripped out of the earth by the stone’s slow and brutal passage across the ground.

Roger bent to lend his own weight to the task. The lichens on the rock’s surface were rough under his palms, green and scabby with age.

“I’ve a family to protect,” he said. The rock moved grudgingly, sliding a few inches across the uneven ground. Jamie nodded, once, twice; on the silent “three,” they shoved together, with an echoed grunt of effort. The monster half-rose, paused, rose altogether and overbalanced, chunking down into place with a thunk! that quivered through the ground at their feet.

Even the legendary Daniel Morgan was impressed by Jamie's shooting skills:


"By your leave, ma’am,” he said, and without waiting for my leave, picked up the sack and pulled out a dead chicken. The neck flopped limp, showing the large, bloody hole through its head where an eye--well, two eyes--had once been. His scarred mouth pursed in a soundless whistle and he looked sharply up at Jamie.

“You do that a-purpose?” he asked.

“I always shoot them through the eye,” Jamie replied politely. “Dinna want to spoil the meat."

Here's Brianna demonstrating her skill with a musket:


Ears still ringing from the roar of the gun, Roger had heard nothing. Swinging round, though, he caught a flicker of movement; a dark gray squirrel, poised on a pine branch at least thirty feet above the ground.

Without the slightest hesitation, Brianna raised the gun to her shoulder and seemed to fire in the same motion. The branch directly under the squirrel exploded in a shower of wood chips, and the squirrel, blown off its feet, plunged to the ground, bouncing off the springy evergreen branches as it went.

Roger ran across to the foot of the tree, but there was no need to hurry; the squirrel lay dead, limp as a furry rag.

Jamie, swimming toward the silkies' isle:


He made his way slowly out from the cliff, floundering and choking as the waves broke over his head. No place in Scotland is that far from the sea, but Jamie had been raised inland, his experience of swimming limited to the placid depths of lochs and the pools of trout streams.

Blinded by salt and deafened by the roaring surf, he had fought the waves for what seemed hours, then thrust his head and shoulders free, gasping for breath, only to see the headland looming--not behind, as he had thought, but to his right.

“The tide was goin’ out, and I was goin’ with it,” he said wryly. “I thought, well, that’s it, then, I’m gone, for I knew I could never make my way back. I hadna eaten anything in two days, and hadn’t much strength left.”

He ceased swimming then, and simply spread himself on his back, giving himself to the embrace of the sea. Light-headed from hunger and effort, he had closed his eyes against the light and searched his mind for the words of the old Celtic prayer against drowning.

As a huge fan of both the Olympics and the Outlander series, I loved this post, Karen!

Actually Diana fudged a little bit with this scene. "Barking" a squirrel isn't that uncommon with a rifle but Briana used a musket. Muskets don't have the amount of accuracy required to do such a thing.

Young Ian, riding to get the copy of the land grant before the trial of Fergus

"'But they counted on my not being able to obtain a copy of the grant from New Bern before the trial - as indeed I could not, had it been last week.' He gave Ian a smile, and the boy, who had ridden hellbent to New Bern to procure the document, blushed pink and buried his face in a bowl of punch."

Janie - thanks, I'm really glad you enjoyed it!

Jerry - you may be right, but I'm willing to suspend disbelief in this instance. Glad you liked the post, anyway.

Stacy - I can't believe I forgot Equestrian events! Great quote. I think Geneva Dunsany could also be a competitor in this event. :-)