1) The springhouse was very important in the days before refrigeration, particularly in warm climates such as Fraser's Ridge.  Items that needed to be kept cool, such as milk, butter, and cheese, were placed here, allowing the cool water of the spring to circulate around them and maintain a constant temperature. Here's the interior of Melrose Spring House, Nashville, TN.  Click on the photo to enlarge it.  (Photo credit: www78 on Flickr.)


I took my leave, starting from the springhouse. Stood inside for a moment, listening to the trickle of the water in its stone channel, breathing the cold, fresh smell of the place, with its faint sweet scents of milk and butter.

2) The photo above shows what mullein leaves look like.


Brianna fizzed with laughter. "I'd hate to see what they used for toilet paper then," she said.

"Actually, it wasn't bad," Claire said, surprisingly.  "Mullein leaves are really very nice; quite as good as two-ply bathroom tissue.  And in the winter or indoors, it was usually a bit of damp rag; not very sanitary, but comfortable enough.”

Roger and Brianna both gawked at her for a moment.

“Er…read it in a book,” she said, and blushed amazingly.

Here's Diana Gabaldon's explanation (from a post on Compuserve in 2008) of where she got this particular bit of historical trivia:


Actually, I got the mullein leaves from personal observation, you might say. <g>  There were (probably still are) a group of Basque sheep-herders who worked near Flagstaff [that would be Flagstaff, Arizona, where Diana grew up] in the summers.   Most of them spoke no English at all, but could get along in Spanish.   My Dad was friendly with them, and would help them out with immigration matters, tax returns, etc.--and in return, they often invited us out to take supper with them at the sheep-camps.  Entertaining experience. <g>

Anyway, after one of these excursions, my family was strolling in the woods (we'd go out every Sunday afternoon, if the weather was decent) and my father spotted a plant, and laughed.   "That's shepherd's toilet-paper," he said.  "That's what they use out in the sheep-camps."

I knew the plant, but not its _real_ name. <g>  Much, much later, when I began to write Claire, and picked up a lot of herbals for her background, I discovered that it was mullein.   But I checked to see that it did grow in Scotland, and figured that if Basque shepherds were using it, Scottish clanspeople would have been, too--given that it's free, much more sanitary than a damp rag, and that there was nothing even approaching disposable toilet paper. 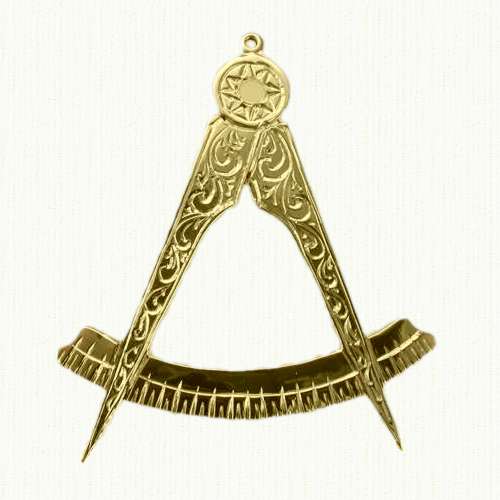 3) The photo above shows a Freemason's compass that looks very much like the drawing in Daniel Rawlings' casebook mentioned in THE FIERY CROSS.


Jamie never spoke of his own association with the Freemasons. He had been “made,” as the saying went, in Ardsmuir, and beyond any secrecy imposed by membership in the society, he seldom spoke of anything that had happened between those dank stone walls.

“Rawlings must have been one as well,” he said, clearly reluctant to talk about Freemasonry, but unable to keep from making logical connections. “Else he’d not have kent what that is.” One long finger tapped the sign of the compass.

What do the compasses symbolize in Freemasonry?  The following explanation comes from Albert G. Mackey's Encyclopedia of Freemasonry, written in the 1870's.


[The compasses are] the most prominent emblem of virtue, the true and only, measure of a Freemason's life and conduct. As the Bible gives us light on our duties to God, and the square illustrates our duties to our neighborhood and Brother, so the compasses give that additional light which is to instruct us in the duty we owe to ourselves-the great, imperative duty of circumscribing our passions, and keeping our desires within due bounds. "It is ordained," says the philosophic Burke, "in the eternal constitution of things, that men of intemperate passions cannot be free; their passions forge their fetters." Those Brethren who delight to trace our emblems to an astronomical origin, find in the compasses a symbol of the sun, the circular pivot representing the body of the luminary, and the diverging legs his rays.

4) I had never heard of the Wendigo before I read A BREATH OF SNOW AND ASHES.


"What kind of name is Weddigo?” Ian asked, putting [Donner's drawing] down.

Brianna had been clutching her pencil so tightly that her knuckles were white. She unfolded her hand and put it down, and I saw that her hands were shaking slightly.

“Wendigo,” she said. “It’s an Ojibway cannibal spirit that lives in the wood. It howls in storms and eats people.”

Ian gave her a long look.


It cannot be emphasized enough that the Wendigo constantly hungers for human flesh, and no matter how much it eats, it always feels as if it is starving to death. So powerful is this hunger that the Wendigo goes forth crashing through the forests and uprooting trees, causing game animals to stampede, and causing whirlwinds. The monster is often thought to be the cause of ice storms, tornadoes, and violent weather. All of these weather-related events are believed to be signs of the creature's presence.

There is even a medical condition known as Wendigo psychosis.  From Wikipedia:


The term "Wendigo psychosis"....refers to a condition in which sufferers developed an insatiable desire to eat human flesh even when other food sources were readily available....One of the more famous cases of Wendigo psychosis involved a Plains Cree trapper from Alberta, named Swift Runner. During the winter of 1878, Swift Runner and his family were starving, and his eldest son died. Twenty-five miles away from emergency food supplies at a Hudson's Bay Company post, Swift Runner butchered and ate his wife and five remaining children.  Given that he resorted to cannibalism so near to food supplies, and that he killed and consumed the remains of all those present, it was revealed that Swift Runner's was not a case of pure cannibalism as a last resort to avoid starvation, but rather of a man suffering from Wendigo psychosis. He eventually confessed and was executed by authorities at Fort Saskatchewan.

One more thought about Donner in ABOSAA:  It's not only his first name that carries the association with cannibalism! His surname recalls the infamous Donner party of 1846, a group of pioneers headed for California who resorted to cannibalism after they became trapped in the Sierra Nevada in winter.

For more about the Wendigo, look here. 5) The photo above shows a pair of jade "health balls" (also known as baoding balls) from China, like the ones Mr. Willoughby carried in VOYAGER.


"Healthy balls,” Mr. Willoughby explained, rolling them together in his palm. They made a pleasant clicking noise. “Streaked jade, from Canton,” he said. “Best kind of healthy balls."

"Really?” I said, fascinated. “And they’re medicinal--good for you, that’s what you’re saying?”

He nodded vigorously, then stopped abruptly with a faint moan. After a pause, he spread out his hand, and rolled the balls to and fro, keeping them in movement with a dextrous circling of his fingers.

“All body one part; hand all parts,” he said. He poked a finger toward his open palm, touching delicately here and there between the smooth green spheres. “Head there, stomach there, liver there,” he said. “Balls make all good."

You can see a similar set on Amazon.com here.  They're about 1.5" in diameter.  How do they work?  According to this article:


Chinese stress balls work according to the principle of chi. According to traditional Chinese medicine, chi is the life force and organizing principle of the body, the force that keeps you alive and healthy. Chi is manifested when your body heals itself of a cut or returns to health from illness without any treatment. Chi can become blocked due to various imbalances in the body, and Chinese medicine offers various techniques to unblock it.

I don't know anything about Chinese medicine, but I'd like to try these some day. <g>

I noticed Donner, and had to google it to see when the Donner party actually traveled, but it was much later. I had heard of the Wendigo (being a fan of the show Supernatural) but I didn't make the connection between his two names. That's quite fascinating. I am only a little before the halfway point in Snow and Ashes so I'm not sure if that is going to go anywhere in the book. In fact, they might hang Donner for theft! Maybe there are more secrets to unlock about him.. maybe not. I'll find out, though, won't I! =)

That wendigo makes me think of the nucklavee. Shiver. ; )

Well, I don't want to spoil anything for you! Just keep reading, you'll find out what happens to Donner.

Yeah, it does! I think it's fascinating to see similar legends and folklore in such different cultures as the Algonquian Indians and the people of the Orkneys.

I really like the information/story about the mullein leaves. My grandfather was a Basque sheepherder from Spain. He passed away a year before I was born but my mother and sibilings shared stories of going up to camp with our grandfather. Basque are very generous and would/will share what they have. Apparently my grandpa made some mean bread. I have no information on the bathroom habits but I'm sure those same leaves grew in Idaho. Thank you for sharing and enriching us with some great knowledge.

Kerri - I'm glad you liked that! By a total coincidence, there's an article on Basque shepherds in today's NY Times. You might want to check it out.

There was a casual mention of a "Wendigo" either early in "A Breath of Snow and Ashes" or in "The Fiery Cross"--Claire said that she had heard the name when Brianna learned about it in school. Does anyone know where that account was?