1) The photo below shows a pair of gold bars, like the ones that Hector Cameron kept hidden away at River Run.  (You'll have to imagine the fleur-de-lis stamped on each one. <g>) Gold will never tarnish, no matter how damp or dank its surroundings. It will lie at the bottom of the sea for centuries, to emerge one day in some random fisherman’s net, bright as the day it was smelted. It glimmers from a rocky matrix, a siren’s song that has called to men for thousands of years.

The ingots lay in a shallow layer over the bottom of the coffin. Enough to fill two small chests, each chest heavy enough to require two men--or a man and a strong woman--to carry it. Each ingot stamped with a fleur-de-lis. One third of the Frenchman’s gold.

Here's a very interesting video about gold, which was sent to me by Julia Miller (@ga_aak) on Twitter.  (Thanks, Julia!)  University of Nottingham chemistry Professor Martyn Poliakoff recently obtained special permission to visit the high security vault where the Bank of England's gold reserves are stored.

I was surprised to see from that video how heavy a single bar of gold is.  The standard gold bars in use today weigh 12.4 kg each (27.3 lbs).  No wonder they needed six people to carry the three chests containing the Frenchman's gold!

Bonus fun fact:  Did you ever wonder why gold bars are referred to as "bullion"?  According to Wikipedia, "The word bullion originates from the old French word bouillon, which meant boiling and was the term for a mint or melting house." 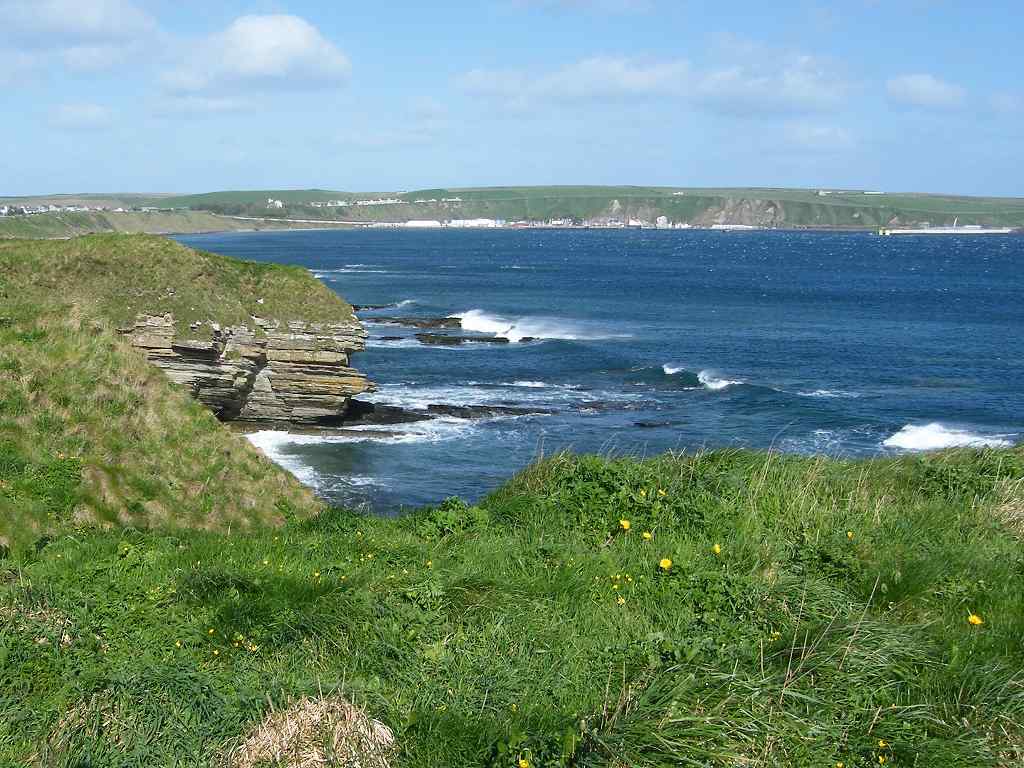 2) Here are a couple of views of the coastline at Thurso, Scotland. This is the area in the northernmost part of Scotland where the Presbyterian fisher-folk in A BREATH OF SNOW AND ASHES came from.  (Photo credits: Top, North Light on Flickr; bottom, Rosemary Fretwell.)


"But they’re from the northern coast. They’ll be fishermen, Donald, not crofters.”

“Aye, but they’re willing to make a change, no?” MacDonald gestured toward the door, and the forest beyond. “There’s nothing for them left in Scotland. They’ve come here, and now they must make the best of it. A man can learn to farm, surely?”

Click on the photos to enlarge them.  You can see what Jamie means; it's totally different from the mountains of western North Carolina!

Have any of you ever been to Thurso?

3) A rush dip or rushlight was used in the 18th century as an inexpensive source of light when ordinary beeswax or tallow candles were unavailable or too expensive.


A rushlight, also known as a rush dip or candle, was made by dipping the pithy centre of a rush into kitchen grease. In summer children and adults picked rushes, the bigger the better, and put them to soak in water until they could be peeled. Skilful peeling left one narrow strip of the outer covering to help the rushes keep their shape. After the peeled rushes were dried, they were dipped in leftover kitchen fat. This had been collected over time in iron grease pans, which were then warmed at the fireside to re-liquify the grease.

They don't burn for long or give off much light, but I imagine you'd be grateful to have them if you were too poor to buy candles. The photo above shows what rushes (Juncus effusus) look like.

There are occasional references to rush dips in the OUTLANDER books.  For example, here's Lord John visiting the loft where Jamie slept at Helwater.


The loft was dim, but even in the poor light, it was apparent at once which spot was Fraser’s. There were three striped mattress tickings on the floor, each with a lidded wooden crate beside it for clothes and personal belongings. Two of these were scattered with pipes, tobacco pouches, stray buttons, dirty handkerchiefs, empty beer jugs, and the like. The one on the left, a little distance from the others, was starkly bare, save for a tiny wooden statue of the Virgin and a rush dip, presently extinguished.

Can you imagine Jamie reading in that loft, by the light of a single flickering rushlight?

4) The photo above shows what laminaria looks like.  It really is a form of seaweed. <g>

These are laminaria sticks, still used today as a natural method of inducing labor, in much the same way that Claire used them to help Marsali.  The one on the right is the original size; the one on the left shows what it looks like after insertion into the cervix.


I only hoped the contents of the jar were usable; I’d never had occasion to open it before. Laminaria, said the label, written in Daniel Rawlings’s flowing script. It was a small jar of dark green glass, corked tight, and very light. When I opened it, a faint whiff of iodine floated out, but no scent of decay, thank goodness.

Laminaria is seaweed. Dried, it’s no more than paper-thin slips of brownish-green. Unlike many dried seaweeds, though, Laminaria doesn’t crumble easily. And it has a most astonishing capacity to absorb water.

Inserted into the opening of the cervix, it absorbs moisture from the mucous membranes--and swells, slowly forcing the cervix further open as it does so, thus eventually causing labor to start. I’d seen Laminaria used, even in my own time, though in modern times it was most frequently employed to assist in expelling a dead child from the uterus. I shoved that thought well to the back of my mind, and selected a good piece.

It was a simple thing to do, and once done, nothing to do but wait. And hope.

It's lucky for Marsali that Claire happened to have some on hand when Henri-Christian was born!  (Seaweed of any type being rather hard to come by up in the mountains near Fraser's Ridge, I mean.  <g>)


There might have been two hundred men in the first wave; it was impossible to count them as they darted through the heavy wood. William could see the flicker of movement and fired at it, but without any great hope of hitting anyone. The wave hesitated, but only for a moment.

Then a strong voice bellowed, somewhere behind the rebel front, “We take them now, or Molly Stark’s a widow tonight!”

“What?” said William, disbelieving. Whatever the man shouting had meant, his exhortation had a marked effect, for an enormous number of rebels came boiling out of the trees, headed at a mad run for the guns. The soldiers minding the guns promptly fled, and so did a good many of the others.

The first time I read ECHO, my reaction was much the same as William's.  ("Molly who? What on earth is he talking about?")  For more information about Molly Stark, look here. And here is a blog with photos of the Bennington battlefield monument.

Hi, I have been to Thurso and we were lucky - we had great weather. It must be a very cold place in the winter tho' with no trees to speak of and little shelter. The land must have borne some very tough and resilient people. Love your Friday Fun Facts. Thanks!
Sue Chartres, South Australia

I loved reading about Molly Stark. She was born in Haverhill MA just as I was! What a nice coincidence being linked this way. Your article link was truly inspirational. Here I was thinking that I had to live in NC to be connected to Jamie and Claire and all along I've been living in the center of American History.

Another great set of facts, Karen. I often read by candlelight during one of our many winter power outages...can't imagine doing it with even less light than my candle! Theresa

Hi Karen, I've been to Thurso also and John O'Groats at the very northern tip of Scotland. It is beautiful, but very remote and rugged. As always, thanks for sharing FFF - I love to see what you've chosen each week! :)

I, too, have been blessed to have gotten to the farthest tip of northern Scotland--John O'Groats and also Thurso. I agree that it is beautiful and remote and wild and also very cold, even in the middle of summer.
Thanks again, Karen, for another Friday of fun facts. You do us all such a favor with these.