Pictures from the book-signing!

Several members of our group had arrived early in the afternoon to secure our places in line, so we ended up getting very good seats, in the second row no more than 10 feet from where Diana was speaking! Here I am with Carol and Tracey from My Outlander Purgatory. 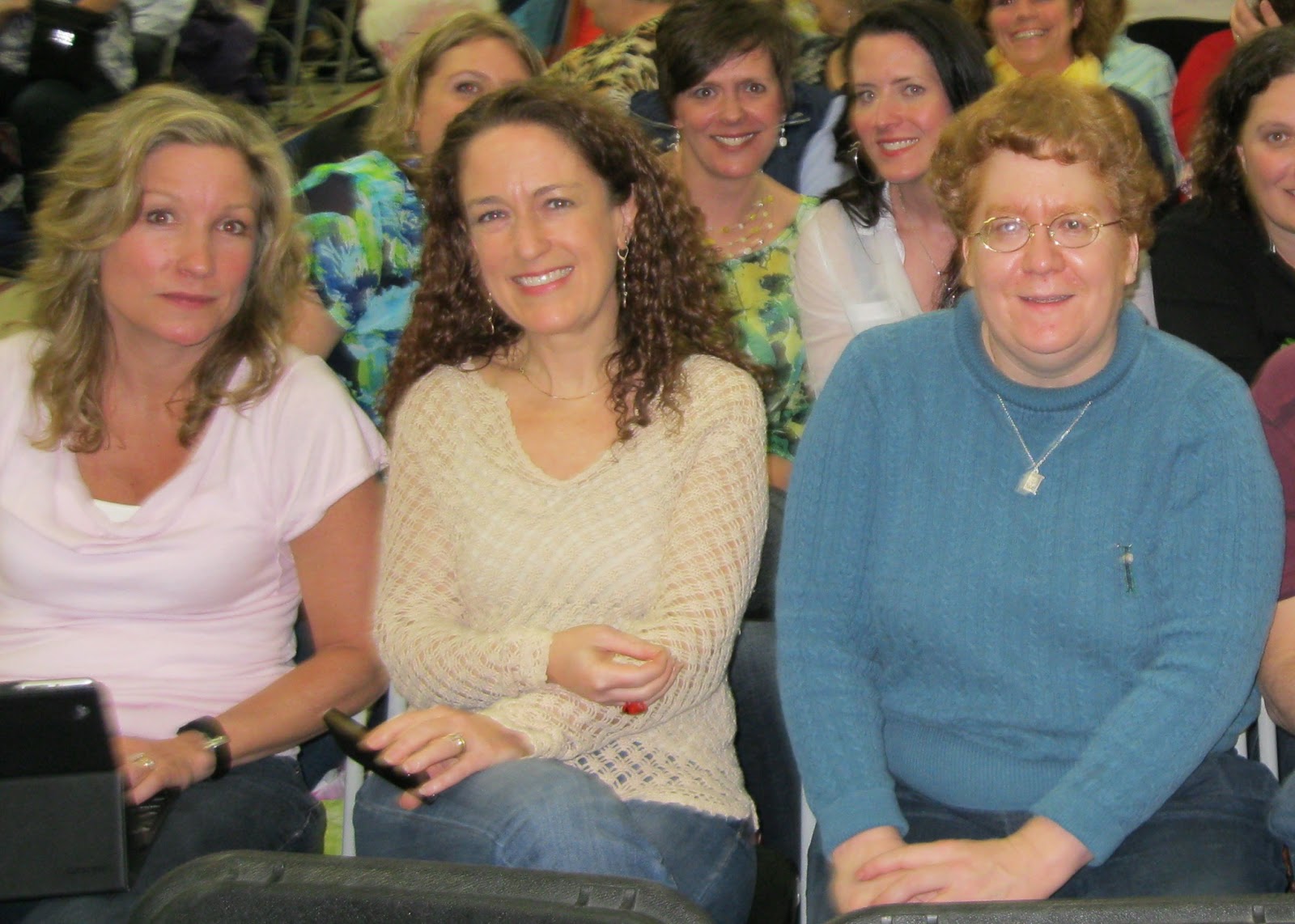 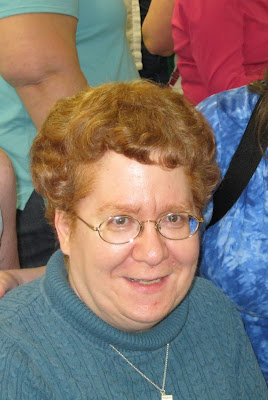 "The fabulous Karen Henry" -- wow!  I couldn't believe she said that in front of 1200 people. You can see from this photo just how thrilled I was.  THANK YOU, DIANA!!

The signing line was IMMENSE, but luckily I wasn't in line for very long. One of the event people offered to let me get in near the front of the line, which was awfully nice of them! I found out later that Diana didn't finish signing books until 2am (!) 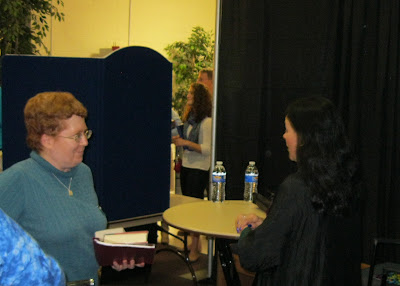 It was great to see Diana again! My only regret is that I was so excited that I didn't think to ask her to pose for a photo of the two of us.  (Oh, well. We'll see each other again, I'm sure.)  The photo below shows Diana looking at my OUTLANDER first edition, which she said was "one of the first ones I ever signed."  She added an inscription that reads, "To Karen, Right-hand woman and Chief Bumblebee Herder!  Diana Gabaldon, April 12, 2013." 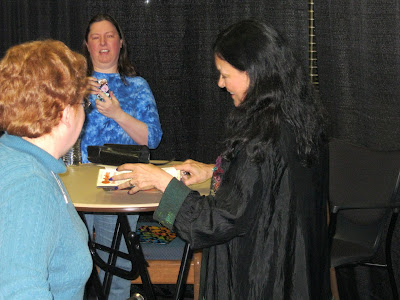 No real news from Diana's talk, except that she said there still is NOT an official release date for WRITTEN IN MY OWN HEART'S BLOOD.  The date of December 10, 2013, that you may have seen on Amazon.com and elsewhere is NOT the real date. (Yes, even the date on the Random House website is not the real publication date.  I asked her that specifically, and she said, "They're making it up, too.")  Diana confirmed what I have said here repeatedly, that until she makes a public announcement, there's no official publication date, no matter what you may see on various online sites.

It was a lot of fun to meet so many people in person that I've known for a long time online. 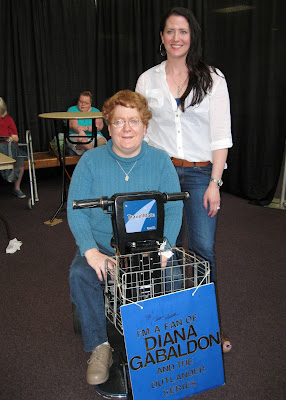 Lara came all the way from South Dakota (in spite of a massive snowstorm the day before) to be with us. 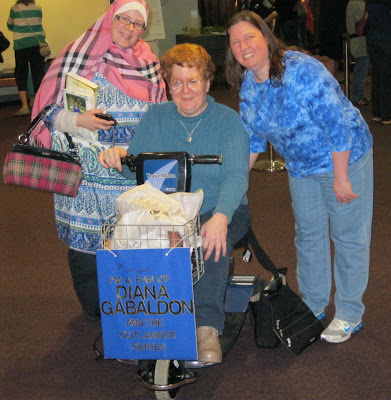 Here I am with Carla (left) and Kristin (right). 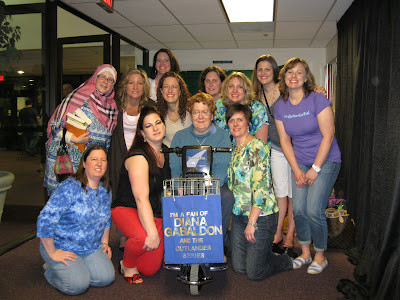 Group shot.  Notice my homemade OUTLANDER sign, which was a big success!

I had a fabulous time (there's that word again <g>) and I'm really glad I made the effort to go!
book-signing diana gabaldon outlander

Looks like you have a fabulous time, Karen. What an extraordinary memory for you! How fun to meet people that you talk to on-line, in person. Of course, seeing Diana,speaking with her, and hearing your name mentioned had to be the highlight of your adventure. Thank you for posting the photos!

Dear Karen,
i'm happy with you, thanks for reporting and the pictures!
Greetings from Austria :)
Susanne

Thanks for sharing your experience, sounds like you had a great time. Rightfully so, you bumblebee-herder :-)

Hello Karen! No need to say I devour your blog about the book-signing ! I'm SO happy for you, what a great evening (night) you had and so nice to meet the ladies you have been connected to on-line for years ! Thanks for sharing with all of us O.Addicts who live so far away and for the beautiful pics too. Love your homemade O.sign. Best greetings from Paris. Christiane

I was amazed to see you gals up front in the crowd! And I didn't get a photo with DG because my cell died when I was #3 in line. Damn that guy Murphy... It was a great event. We were wondering how long she'd be signing. What a gracious lady!

What a great trip you had! I am so pleased for you.

It was so terrific to finally meet you Karen! I had such a terrific time! And I still can't believe I met the "fabulous Karen Henry". ;)