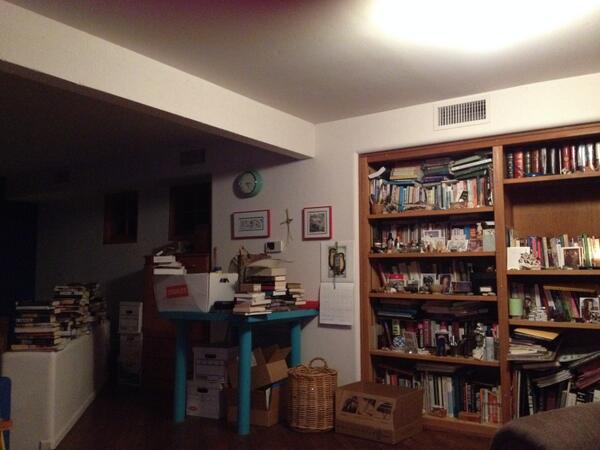 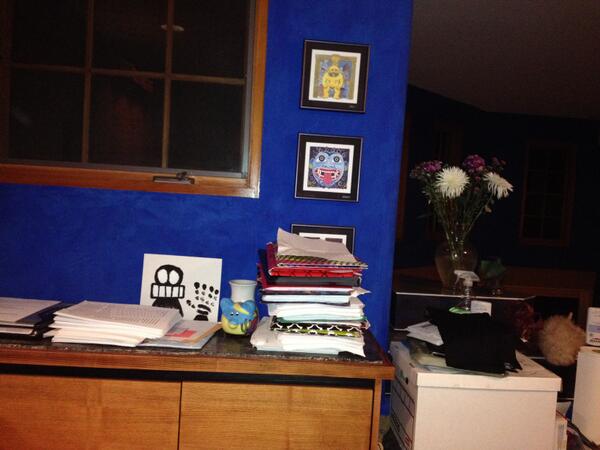 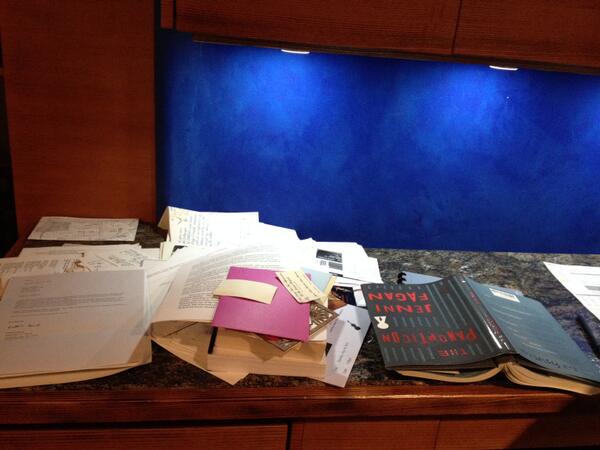 Notice how every horizontal surface is completely covered with books and papers? And this is only the beginning!

What exactly does Diana mean by "Final Frenzy"?  Here's an explanation that she posted on Compuserve in 2008, when she was writing ECHO:

Diana said recently that she has about 100,000 words left to write in WRITTEN IN MY OWN HEART'S BLOOD, and with luck, she'll have it done by the end of December.  Think about it: 100,000 words (the size of many regular-size novels!) in less than three months.  That's just phenomenal!

(Please note: as Diana often says, "finished" is a relative term, to a writer!  Even after the manuscript is done, there are many more stages that the book has to go through before it's actually published.  The official publication date is March 25, 2014.)

Please keep in mind that Diana may not be online as much (on Compuserve, Twitter, or Facebook) once the FF really gets underway, because she'll be spending most of her time writing.  If you have a question that only Diana is in a position to answer, just be patient, and realize that it may take her a while to get back to you.

Let's all wish her the best of luck (and lots of uninterrupted writing time!) during the Final Frenzy!
diana gabaldon final frenzy written in my own heart's blood