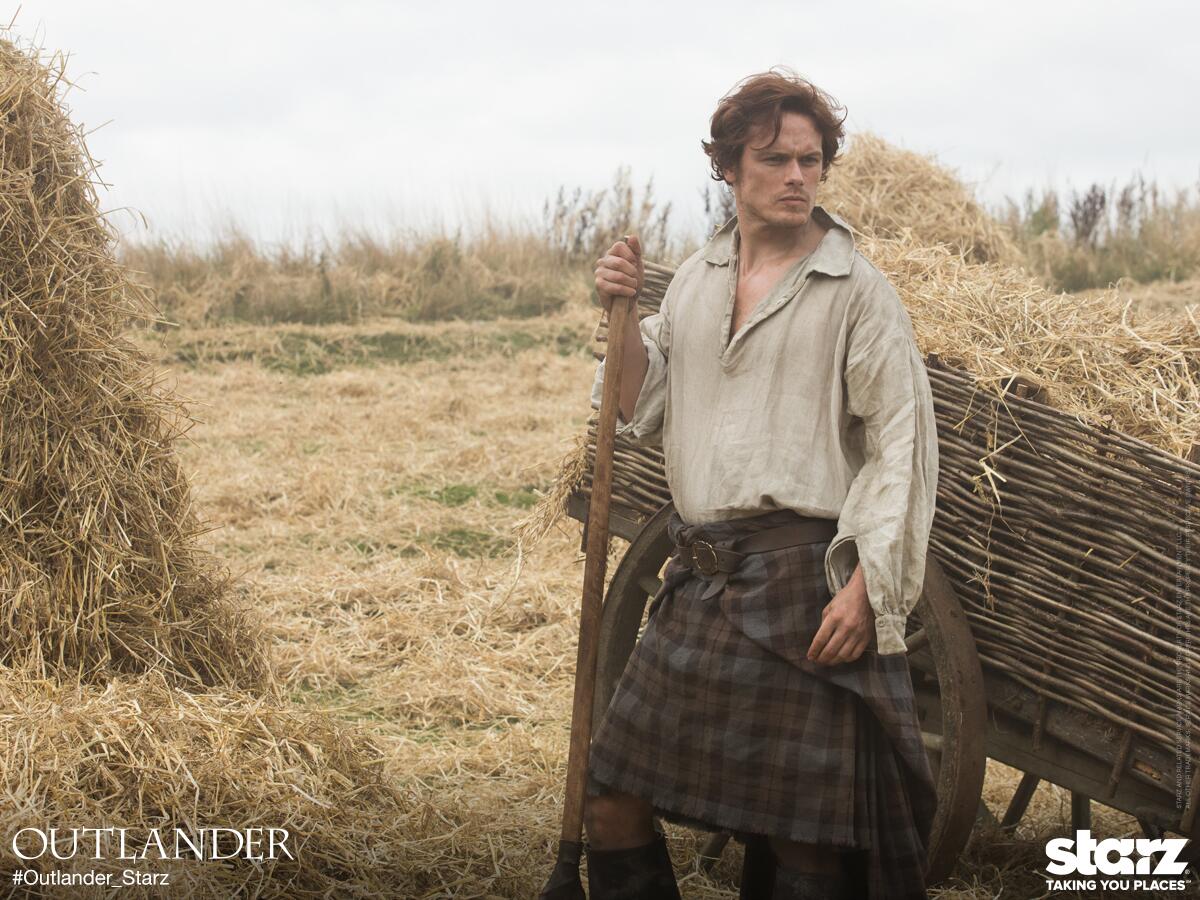 This photo was posted on the @Outlander_STARZ Twitter feed last night, with the message, "FOR THE BEST FANS IN THE WORLD. Here's what your wee hearts have desired. James Alexander Malcolm MacKenzie Fraser."

Click on the photo for a bigger view.  I think he looks terrific!

[UPDATE 11/3/2013 7:01 am: Diana Gabaldon has confirmed that this is a younger Jamie, seen in flashback, in the scene where the English soldiers, including Black Jack Randall, arrive at Lallybroch.  That's why he looks so grim; he's just heard the soldiers, or possibly Jenny screaming from the house.]

I love the costume, too -- not just the kilt, but his worn linen shirt, which looks just as it's described in OUTLANDER.
diana gabaldon jamie fraser men in kilts outlander starz tv series sam heughan

I really think he can be Jamie on screen! Not exactly "my", but quite ok!

I saw this pop up on Facebook last night and I think I stared at it for about 15 minutes straight. Just staring and sighing.

It could be tied back in a que.

Remember, Jamie's hair was short in the first part of OUTLANDER, because he'd barely recovered from being hit in the head with an ax. I hope it will gradually get longer as they get to the latter half of the season, but he doesn't need hair extensions!

Verra nice! He's not exactly what I had in my mind's eye, but I'm not complaining! (Esp. since Diana is happy.)