*** This is the 100th FFF post since I started posting them in January, 2012.  In celebration of this milestone, I'm currently running a Friday Fun Facts Contest!  Deadline for entries is midnight ET on Saturday, April 5. Look here for details. *** 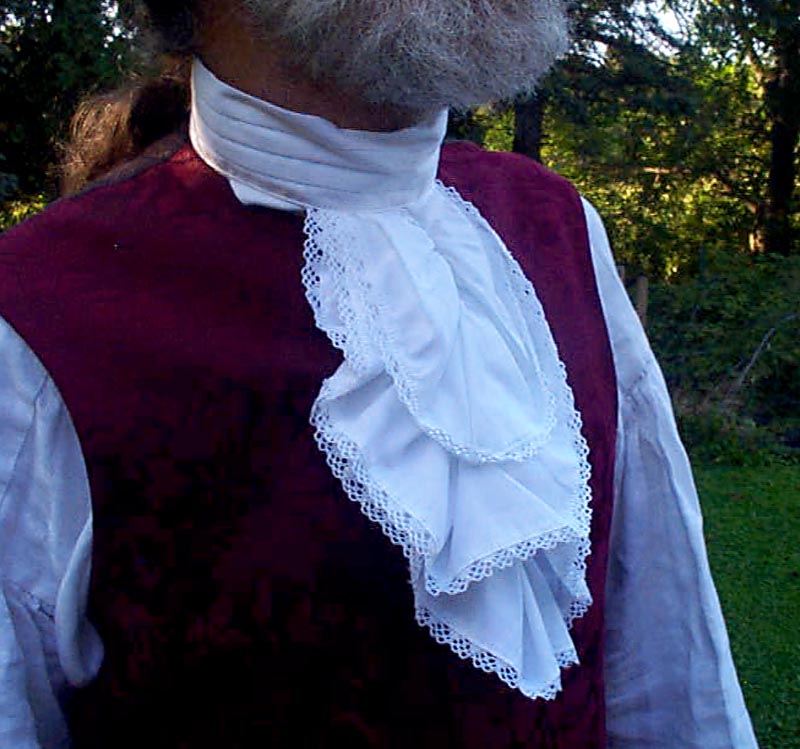 1) A jabot, like the one shown above, is a type of men's neckwear that was popular in the 18th century. (Photo credit: bbprivateer.ca.)

Here's a site that explains how to put on a lace jabot. If you want to try making your own jabot, this site has detailed instructions.

For more about jabots and other 18th-century neckwear, look here. 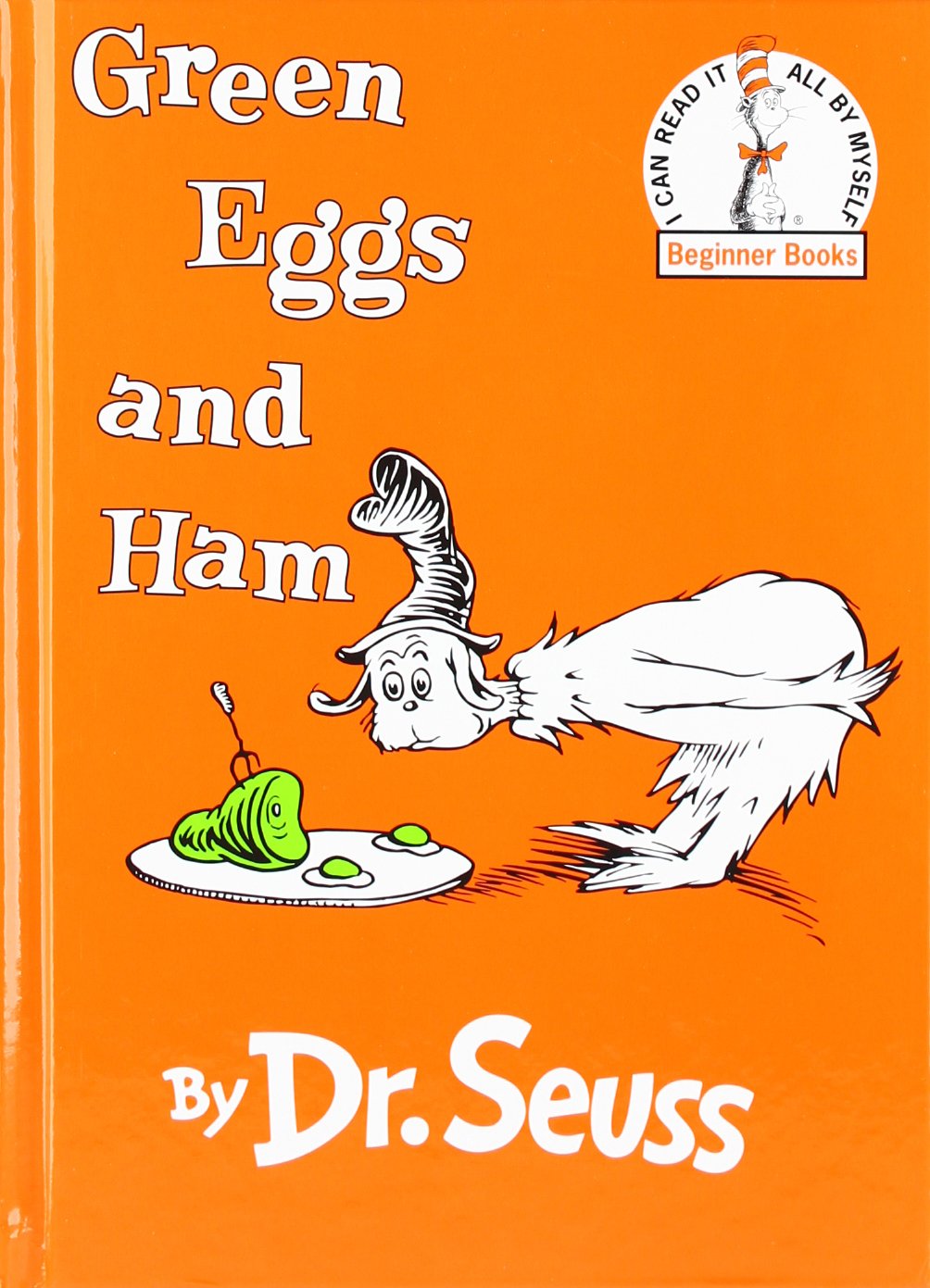 2) Green Eggs and Ham, a book for beginning readers by Dr. Seuss (Theodor Seuss Geisel), was published in 1960.  The bit where Claire and Bree quote from it in THE FIERY CROSS always makes me giggle.


The vocabulary of the text consists of just fifty different words and was the result of a bet between Seuss and Bennett Cerf (Dr. Seuss's publisher) that Seuss (after completing The Cat in the Hat using 225 words) could not complete an entire book using so few words. 3) Cairngorm is a type of smoky quartz from the Cairngorm Mountains in Scotland. (Photo credit: mineralminers.com)  According to this site,


In Scotland, smoky quartz of a rich caramel yellowish brown has been used as a gemstone for centuries and carries the special title of "cairngorm." having been found and mined in the Cairngorm Mountains in the Scottish Highlands and it is the national stone of Scotland. Here's another look at cairngorm stones. (Photo credit: wire-sculpture.com)  Cairngorm brooches were popular in the Victorian era. Jocasta wore one at the Gathering in THE FIERY CROSS:


Were it not for the earth and grass underfoot, Roger thought, he would scarcely know they were not in Mrs. Cameron’s drawing room at River Run. She was wrapped in a woolen arisaid, but even that was fastened by a handsome cairngorm brooch.

For more information about cairngorm gemstones, look here and here.

4) The Westminster Confession of Faith, published in 1647, is the "subordinate standard" (second only to the Bible) of the Presbyterian Church.  According to this site:


The Confession was commissioned from an assembly of 121 Puritan clergymen meeting in Westminster Abbey, called the Westminster Assembly, which was convened in 1643 for the purpose of drafting official documents for the reformation of the Church of England. This was done in fulfillment of a Solemn League and Covenant made with the Scottish parliament and people in the same year, to the effect that the episcopal Anglican establishment, which for many years had harassed and persecuted the Presbyterian Scottish church, should be abolished even in England, and replaced with a Presbyterian establishment which would constantly adhere to Calvinistic standards of doctrine and worship. It was only under such terms that the Scots were willing to join the parliamentary forces in their war against the King.

You can see the full text (in English and Latin) here.


VI. That doctrine which maintains a change of the substance of bread and wine, into the substance of Christ's body and blood (commonly called transubstantiation) by consecration of a priest, or by any other way, is repugnant, not to Scripture alone, but even to common-sense and reason; overthroweth the nature of the sacrament; and hath been, and is the cause of manifold superstitions, yea, of gross idolatries.


III. By the decree of God, for the manifestation of his glory, some men and angels are predestinated unto everlasting life, and others foreordained to everlasting death.

Roger explained his dilemma to Brianna this way:


"Well, see, to be a Presbyterian minister, I'd need to be able to swear that I accepted everything in the Westminster Confession. I did, when I--well, before."

He'd come so close, he thought. He'd been on the eve of ordination as a minister when fate had intervened, in the person of Stephen Bonnet. Roger had been compelled to drop everything, to find and rescue Brianna from the pirate's lair on Ocracoke. Not that he regretted doing it, mind.... She paced beside him, red and long-limbed, graceful as a tiger, and the thought that she might so easily have vanished from his life forever--and that he'd never have known his daughter....

He coughed and cleared his throat, abstractedly touching the scar.

5) Here's a video of Tha Mo Leabaidh 'san Fhraoch (In the Heather's My Bed), performed in Gaelic by The Lochies.  This song was written by Dugald Roy Cameron, circa 1747.

You may remember that this is the song to which Jamie and Laoghaire danced at Hogmanay:


"Your sister says you’re a bonny dancer,” she said, still shy, but determined.

"It will ha’ been some time since I tried,” he said, feeling shy himself, and painfully awkward, though the fiddle music ached in his bones and his feet twitched at the sound of it.

“It’s ‘Tha mo Leabaidh ’san Fhraoch’--‘In the Heather’s my Bed’--you’ll ken that one. Will ye come and try wi’ me?” She had held out a hand to him, small and graceful in the half-dark. And he had risen, clasped her outstretched hand in his own, and taken his first steps in pursuit of himself.

You can see the lyrics (in Gaelic and English) here.  I think it's a beautiful song, even though I don't speak Gaelic.

I hope you enjoyed these Friday Fun Facts! Look here to see all of my Friday Fun Facts blog posts. And please come back next week for more!
cairngorm gemstones diana gabaldon dr seuss friday fun facts green eggs and ham in the heather's my bed jabot outlander westminster confession

Congratulations Karen to 100 FFF , I'm looking forward to next 100 keep on the good work ....Anita

Thank you Karen, for your time , passion and dedication. I look forward to these snippets of information and you always make it interesting.

Congratulations on your 10-0th post Karen. I always look forward to Fridays when I can read all the interesting things you have found related to Diana's wonderful books. Rosemary Hopkins

Always a fascinating read, Karen. You have extended the pleasure of our favourite books with your endless curiosity--and generosity. Congratulations on this milestone!

Congratulations and thank you for the wonderful Fun Facts!! PattyM

100 FFF !! Congratulations dear Karen ! They are the highlights of our Fridays ! Thankyou so much, keep up the wonderful job.

Spot on with this write-up, I truly believe this amazing site needs a great deal more attention.
I'll probably be returning to see more, thanks for the advice!