Here are this week's Friday Fun Facts about Diana Gabaldon's books. This is a collection of some of my favorite items from Diana's latest novel, WRITTEN IN MY OWN HEART'S BLOOD.  I don't think any of these items are very spoilerish, especially since the book has been out four months already, but read at your own risk! 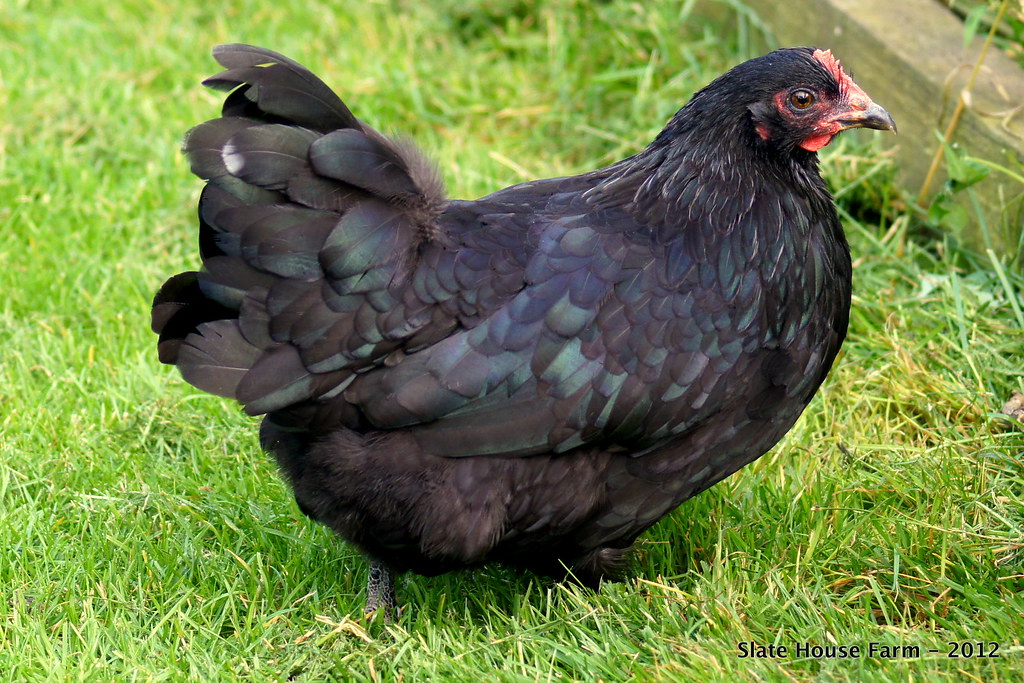 1) This is a Scots Dumpy chicken, like the ones Claire saw in Savannah. (Photo credit: oshea76, on Flickr.)


“What remarkable chickens those are,” I said, stifling a small belch. The beer, of Mrs. Simpson’s own production, was tasty but strong. The chickens in question were more than remarkable: they appeared to have no legs but to be trundling round the yard on their bottom sides, pecking at their corn with cheerful imperturbability.

“Oh, aye,” said Mrs. Simpson, nodding with pride. “My mother brought those--well, their great-great-grandmothers--with her from Scotland, thirty years a-gone. ‘Creepies,’ she always called them--but they’ve got a true name. Scots Dumpy, it is, or so a gentleman from Glasgow told me.”

“How very appropriate,” I said, taking another sip of beer and peering at the chickens. They did after all have legs; just very short ones.


The short legs of the Scots Dumpy come from a dwarfism gene that will stunt growth of legs and wings. When doubled, the gene is lethal in 25% of chicks. This is a common problem with short legged chicken breeds as chicks may be unable to maneuver inside the egg to hatch.

Scots Dumpy chickens were saved from extinction by a group of dedicated breeders in the 1970's.  The breed is still considered endangered. For more information about this breed of chickens, visit the Scots Dumpy Club website.

Willard painted the original version for the U.S. Centennial in 1876, but he also did a number of similar paintings, like this one.  The original painting is on display in a museum in Marblehead, MA.  Claire was obviously very familiar with it:


“Right, then. Sit up--carefully! Yes, that’s it. Close your eye and hold this to catch the drips.” And, handing him a clean handkerchief, I unrolled a length of gauze bandage, thumbed a pad of lint carefully into the eye socket, and rolled the bandage round his head a few times, tucking in the ends. He strongly resembled a figure in an old painting titled The Spirit of ’76, but I didn’t mention it.

The idea of Lord John, the staunch Loyalist and British army officer, as one of the figures in this iconic American painting makes me giggle.

Look here for more information about "The Spirit of '76".

3) I had never heard of a frenulum before I read MOHB.  The illustration above, from WebMD, shows where the frenulum is located. As Claire explains:


The frenulum is a very thin band of elastic tissue that tethers the tongue to the floor of the mouth, and in most people it is exactly as long as it needs to be to allow the tongue to make all the complex motions required for speaking and eating, without letting it stray between the moving teeth, where it could be badly damaged. In some, like Fanny, the frenulum was too long and, by fastening most of the length of the tongue to the floor of her mouth, prevented easy manipulations of that organ. She often had bad breath because, while she cleaned her teeth nightly, she couldn’t use her tongue to dislodge bits of food that stuck between cheek and gum or in the hollows of the lower jaw below the tongue.

For more information about ankyloglossia, the medical term for tongue-tie, look here and here.  I particularly like the list of exercises on this page. It's easy to imagine Claire, and even Germain, encouraging Fanny to try some of them after her surgery.

4) This is Old Tennent Church near Monmouth Battlefield, in present-day Manalapan, NJ. (Photo from Wikipedia.)  Click on the photo for a bigger view.  As we saw in MOHB, this Presbyterian church was used as a hospital for wounded soldiers during the Battle of Monmouth, on June 28, 1778. This photo from findagrave.com shows the gravestone of Gilbert Tennent (1742-1770), which Claire took note of on the day of the battle:


I gave my burnt artilleryman water, then helped him to his feet. As he stood up, I saw behind his legs the epitaph carved into Gilbert Tennent’s headstone:

O READER HAD YOU HEARD HIS LAST TESTIMONY YOU WOULD HAVE BEEN CONVINCED OF THE EXTREME MADNESS OF DELAYING REPENTANCE.

“I suppose there are worse places to be doing this,” I remarked to the artilleryman, but, unable to hear me, he simply raised my hand and kissed it before swaying off to sit down on the grass, the wet towel pressed to his face.

Here's a brief video about the Old Tennent Church, and the ghost of a soldier who was killed there during the battle in 1778.  You can read more about this story here.

For more about the Old Tennent Church, look here. 5) This photo, from Wikipedia, shows a pokeweed plant (scientific name, Phytolacca americana).  I think it looks very much like the one Claire saw in her old garden on Fraser's Ridge.


A monstrous pokeweed rose from the center of the patch, nearly ten feet high, its thick red stem supporting a wealth of long green leaves and hundreds of purplish-red flower stalks. The nearby trees had grown immensely, shading the plot, and in the diffuse green light the long, nubbly stalks looked like nudibranchs, those colorful sea slugs, gently swaying in currents of air rather than water. I touched it respectfully in passing; it had an odd medicinal smell, well deserved. There were a number of useful things one could do with pokeweed, but eating it wasn’t one of them. Which was to say, people did eat the leaves on occasion, but the chances of accidental poisoning made it not worth the trouble of preparation unless there was absolutely nothing else to eat. According to the American Cancer Society,


All parts of the pokeweed are poisonous, particularly the roots....Thoroughly cooking the plant reduces its toxicity. The effects of eating the uncooked or improperly prepared plant can include nausea, vomiting, diarrhea, abdominal cramps, headaches, blurred vision, confusion, dermatitis, dizziness, and weakness. Convulsions, low blood pressure, rapid heartbeat, heart block (a blockage of the electrical impulses that stimulate the heart to contract), and death may occur.

Boiling the leaves reduces their toxicity.  To make poke salad, a traditional food in some parts of the South, you boil the young leaves three times or more, discarding the water each time.

I just pulled up some pokeweed in my backyard but didn't know what it was! Fascinating! (Glad to know it's so poisonous though - ick!)

Interesting about the church - I didn't remember this passage from the book. I love your blog!

I'm happy to see the return of FFF. Thanks, Karen, for your work in making this info available for the rest of us!

My husband's newest grandson had the tongue frenulum that was too long. He was having trouble sucking after birth and was losing weight until a home care nurse figured it out. I'd never heard of it either until then.

Thanks, Karen, for these interesting bits you post to enhance our enjoyment of The Books. You are amazing with all of the things you do for the DG crowd. Please know that you are appreciated greatly.

Karen as a lover of trivia I am constantly intrigued by the delightful snippets I find on your site whenever I wander over here. Thank you. Are you, have you been a librarian?