OUTLANDER at the Golden Globes 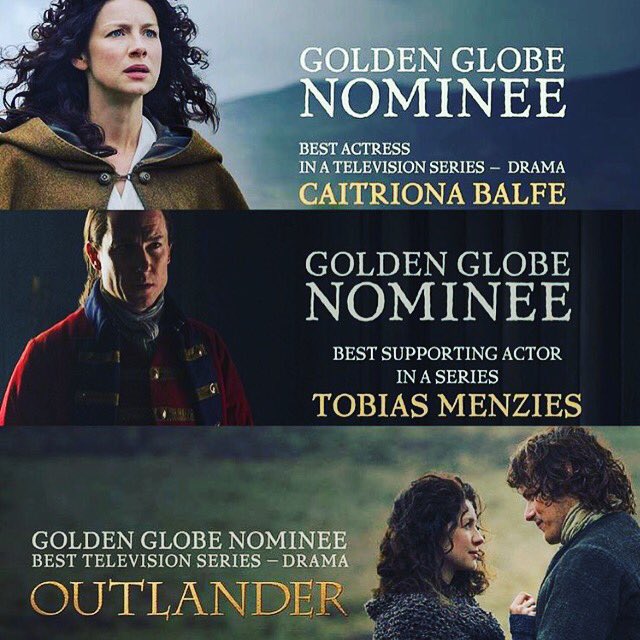 The Golden Globe Awards ceremony will be shown on NBC tonight (Jan. 10) from 8-11 pm Eastern Time.

OUTLANDER has been nominated in three categories:

Best of luck to Caitriona Balfe, Tobias Menzies, and the whole OUTLANDER cast and crew!

If you're on Twitter, please use the hashtag #KiltedGlobes during the broadcast. We're going to try to get it to trend.

[UPDATE 1/10/2016 10:44 pm] Well, OUTLANDER did not win any Golden Globes tonight, unfortunately.  But let's try to look on the bright side. Just getting nominated is huge, especially for a show in its first season! 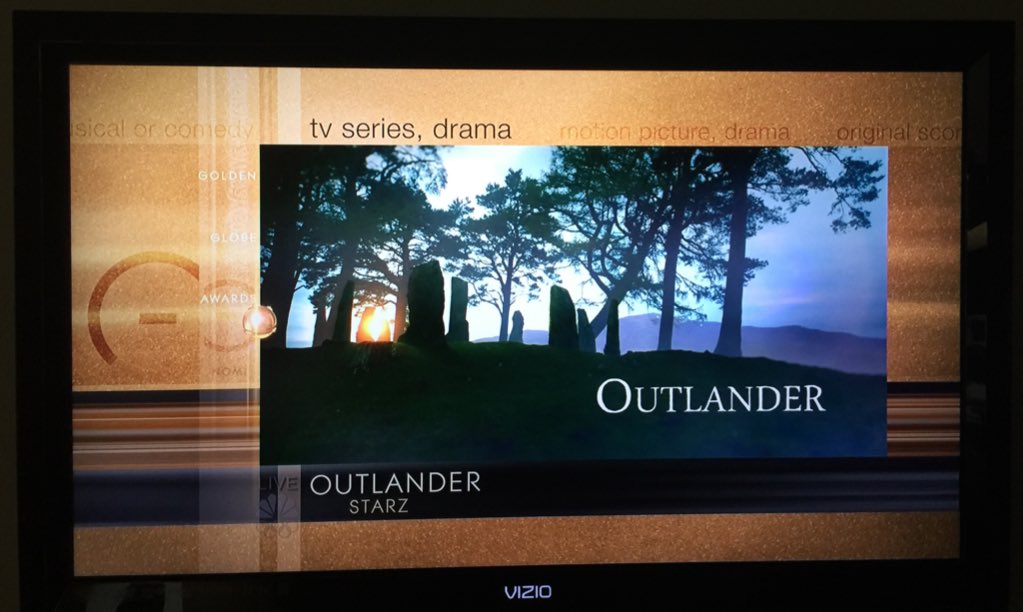 Take a look at this photo, posted by @Outlanderpod on Twitter. Could any of us have imagined this just three years ago? I certainly did not! Remember, this is only the beginning. There will be many more opportunities, and (we hope!) many awards for OUTLANDER and its cast and crew in the coming years.
caitriona balfe diana gabaldon golden globe nominations golden globes 2016 outlander outlander starz tv series tobias menzies

Saturday Jan 10....Starz is rerunning Outlander from 10am to 6pm today. What a surprise.