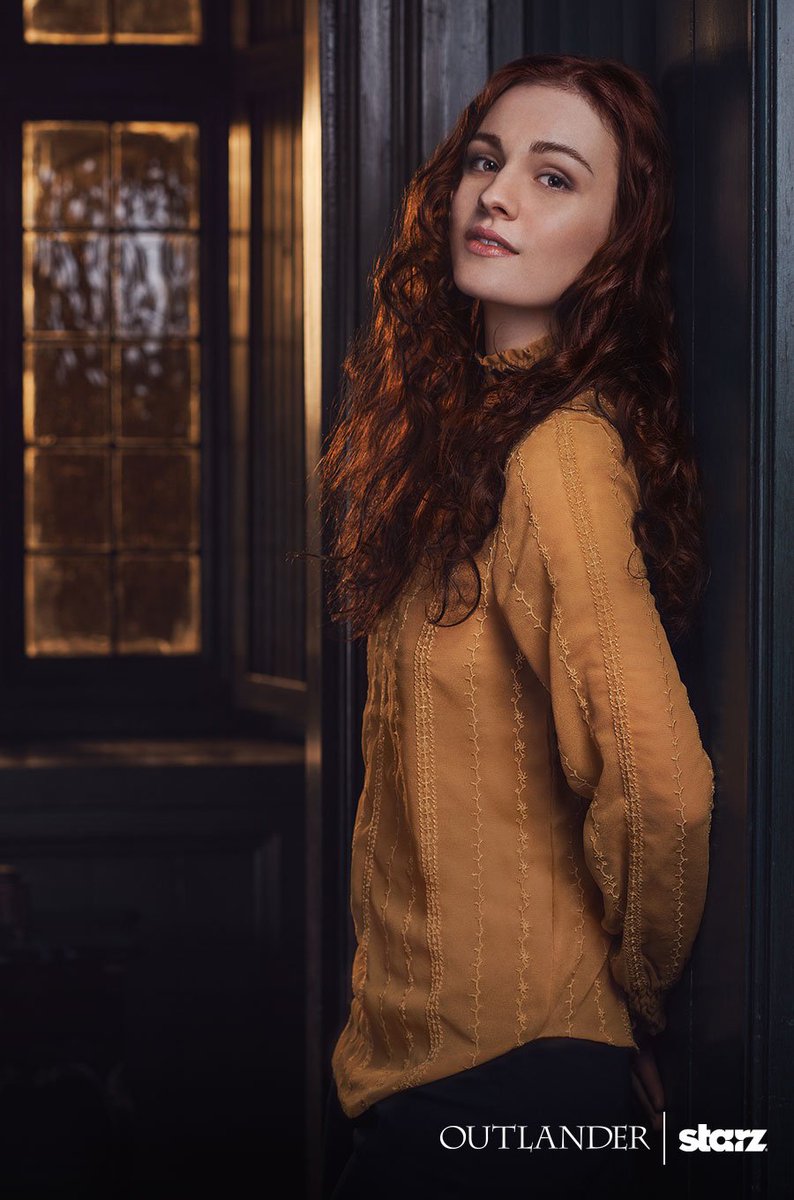 Wondering whether she can do an American accent?  Listen to this brief audio clip and decide for yourself. I think Sophie will do just fine with Bree's American accent.

According to IMDB, her brothers are named Sam and Roger. How's that for a coincidence?


Thanks to everyone for your awesome messages. Can't wait to bring you Bree!
— Sophie Skelton (@SkeltonSophie) January 28, 2016

She doesn't have to have a full on American accent... They could write it so.that Claire and Frank move to Boston when Bree is 10, for example. I don't think that would affect the story much, do you?

Lovely girl. She has the look of both parents. Great casting again.

Hi Karen. I think she will make an excellent Briannia . and is the way the character is when I read the books , am looking forward to seeing her in scenes with the actor playing Roger . will watch season 2 as much as possible. Sincerely Yours. Mary Tormey.

Karen, Great write-up on the casting of Bree! Thanks for your insights!

Looks good - I can't wait to see how she handles the part!