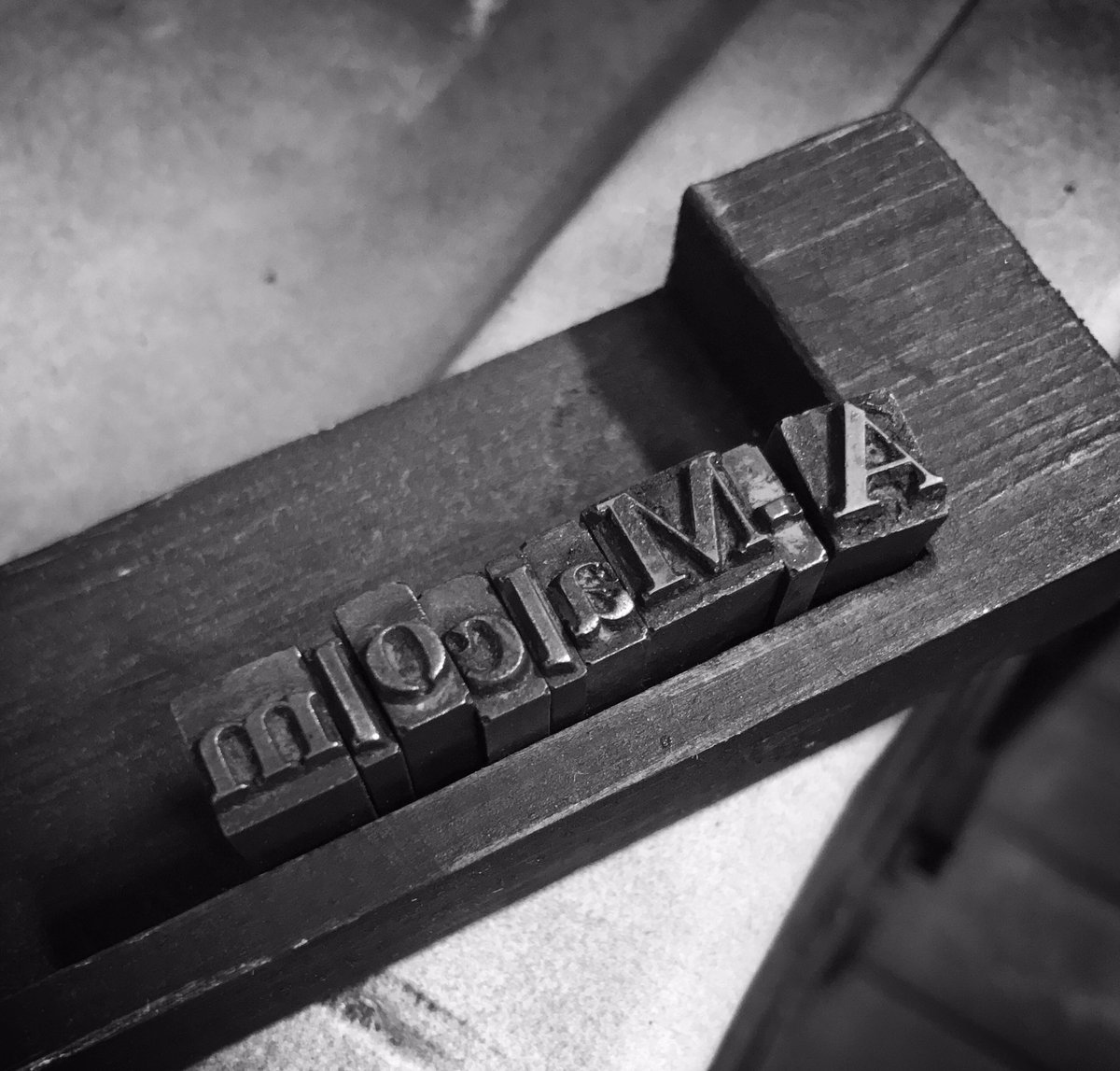 Matt Roberts (one of the OUTLANDER writers, and a huge book fan!) tweeted the above photo a few days ago. Remember, 18th-century type was set backwards. <g>

If you haven't read Diana Gabaldon's VOYAGER (Book 3 of the OUTLANDER series), read at your own risk!

Here's an article with some behind-the-scenes photos of the filming of OUTLANDER Season 3 in Edinburgh.  (Still photos only, no video.  But we get our first look at older Jamie in these photos!)

As I understand it, they have one more block of episodes to finish in Scotland, and then the whole production will move to South Africa, to film the seagoing scenes and the rest of Jamie and Claire's adventures in the Caribbean.

Why South Africa?  Because that's where the STARZ show BLACK SAILS has been filming for the past four years.  BLACK SAILS is about to air its final season on STARZ, and presumably the OUTLANDER production team can save a lot of money by re-using the ships and some of the sets.

No, we still don't have any idea when OUTLANDER Season 3 will premiere!  As soon as I hear anything official, I'll post here.
diana gabaldon outlander outlander season 3 outlander starz tv series season 3 voyager

Wow. Thanks, Karen , for sharing this great article and photos. I have turned a few of my amigas on the telenovela blog site that I frequent on to the Outlander books and the TV show. More fans !!!!

Hi Karen saw some of the behind the scenes filming in Edinburgh on Diana 's webpage and on some others and it was so exciting to see , wish I were there , saw the recent interview with Sam & cait and it was so sweet of them to take time out from there busy shooting schedules to answer fans questions , am re-reading "Voyager; and will try to watch as much as possible of season 3 in 2017, please post more soon. love your Blog, Sincerely .