OUTLANDER Season 3 will premiere in September! 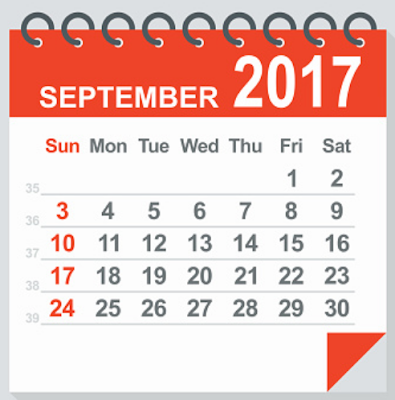 STARZ announced today that Season 3 of OUTLANDER will premiere in September 2017.

From the press release:


Carmi Zlotnik, President of Programming for Starz said “While ‘Droughtlander’ will last just a little longer, we feel it is important to allow the production the time and number of episodes needed to tell the story of the ‘Voyager’ book in its entirety. The scale of this book is immense, and we owe the fans the very best show. Returning in September will make that possible.”

Steve Kent, Senior Executive Vice President, Programming, Sony Pictures Television said, "With the scope of the production and all of the intricate details that go into the Emmy®-nominated sets and costumes, we had to make sure everything is kept to the high standard of the previous seasons and Diana Gabaldon’s beautiful story. We’re so proud of the incredible work that Ron and the Outlander team have done.”

I know a lot of fans will be disappointed to hear this, but just speaking for myself, I'm glad to hear that they won't have to rush the production to meet an arbitrary deadline, and that they're taking the time they need to do justice to the story.

VOYAGER has always been one of my favorite books in the series, as it is for so many OUTLANDER fans all over the world, and I am really encouraged that they are going to take the time they need to do the best possible adaptation of Diana Gabaldon's wonderful story.

And I admit to being relieved that for the first time since 2013, I'll be able to enjoy the spring and summer without spending all my spare time managing "thread explosions" on Compuserve.

To those of you who may be tempted to take out your frustrations on social media by attacking STARZ, Ronald D. Moore, Maril Davis, Sam Heughan, Caitriona Balfe, or anyone else involved in the production of the TV series:  PLEASE DON'T!!  They are working very hard to bring VOYAGER to life for fans all over the world, and getting mad at them because of this delay isn't going to help. Here's a bit of Gaelic that some of you may have heard before: "Fuirich agus chi thu", which means "Wait and see." It's one of Diana Gabaldon's favorite phrases.

Yes, it will take a while longer, but Season 3 will be worth the wait. I'm sure of it!

I can definitely live with this. I just want it to blow everybody out of the water (pun somewhat intended).

Thanks, Karen. I do not go on social media. I come here and to Compuserve Outlander, where I still have not figured out how to comment, so I just lurk and read. I feel as though I "know " all the regulars there..Vicki, Merri, Terri, Heidi Bee, etc. I cannot believe that people are ranting to the production folks. A quality show takes not only talent and dedication but also time. And they're not in Scotland anymore since they had to move everything to South Africa.. I am sure that fans will be pleased with the finished product .

Hi Karen I agree , I think that they want to do the book justice is a great thing then it will be worth waiting , I thought when first reading "Voyager; that it was a book done in two parts and very adventurous , so I can see the need in taking time to getting it right , so will be re-reading the books until then , please post more soon. love your Blog, will be watching Outlander in the Fall , Sincerely Yours ,

Voyager was my favorite book as well. I am so glad that they are taking the time they need to bring this book to life! Attacking those creating the series doesn't help anyone. I love you positive vibe and your blog!!!