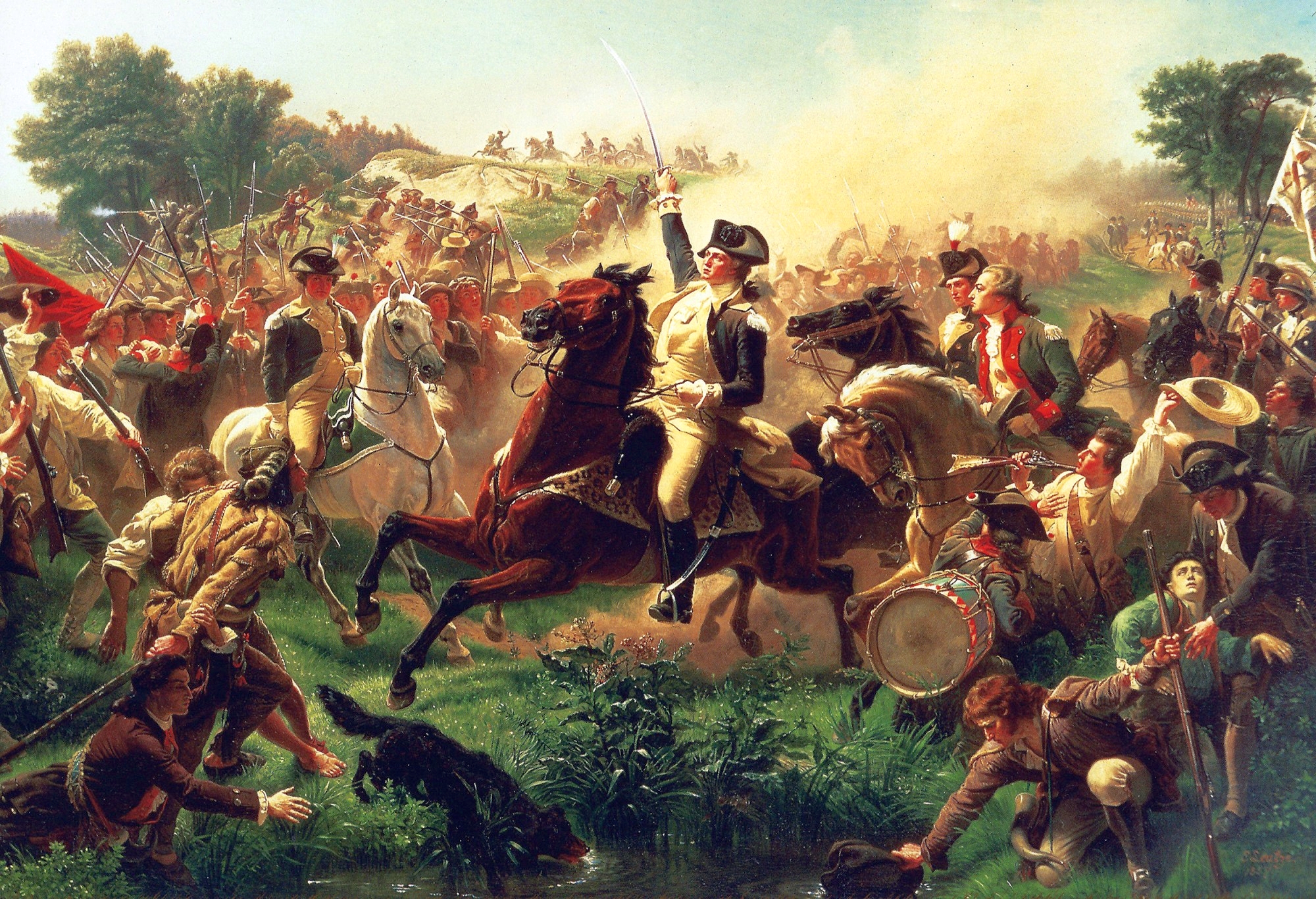 Here's Part 2 of my interview with Diana Gabaldon.  (You can see Part 1 here.)

I'm not a writer of fiction, but I love it when Diana explains various writing techniques. So I thought it would be interesting to explore this particular one. I was astounded, and very grateful, that Diana replied in such detail!

Be sure to click on the links about halfway through this post to read the examples from the text.

If you haven't read WRITTEN IN MY OWN HEART'S BLOOD (Book 8 of the OUTLANDER series), you may encounter spoilers below.

I was listening recently to the section of MOHB that deals with the Battle of Monmouth. It must be quite a challenge to write a complex series of scenes like that, with so many moving parts and different characters involved. Are there specific techniques that you use in writing battle scenes in particular, to give a sense of immediacy or heighten the dramatic tension?

Managing a complex situation in fiction comes down essentially to Point of View.  You have to know whose head you’re in, and stay firmly there. Until you change to a different point-of-view character, that is…

Who the point-of-view character is determines what kind of detail will be available to you, and guides the shape and flow of those periods of the text that belong to that specific character.

For example (as you mention the Battle of Monmouth section of WRITTEN IN MY OWN HEART’S BLOOD), the first thing I considered was whose viewpoint(s) to use in depicting it.  I’d read several accounts of the battle, including a very detailed step-by-step description provided by one of Osprey’s Men-at-War books, so I knew the general character of the battle:  it was a huge military encounter, involving more than 10,000 troops on either side, multiple commanders, and a ragged, rolling terrain that didn’t accommodate the standard eighteenth-century military formations and positioning At All.

(No one chose the ground on which to fight; that particular stretch of farmland was just where Washington’s troops caught up with General Clinton’s troops, who were retreating from Philadelphia with a large number of fleeing Loyalists (and their property) under the army’s protection.)

It was also a very long battle, fought from slightly before daybreak until well after dark, on one of the hottest days known (temperatures were estimated--ex post facto--at over a hundred degrees during the hottest part of the day). And it was an indecisive battle: neither side “won”--the British withdrew with their dependents and baggage trains and retired toward New York (which is what they’d been doing when the Americans attacked), and the Americans staggered back to their camps to recover, tend the wounded, and bury their dead. The significance of the battle, though, was subtle but Very Important--the Americans didn’t lose. This discomfited the British extremely, and heartened the Americans to an equal degree, enabling Washington to pursue his campaign.

OK, so we have a very complex mess to describe. Obviously, no one person could possibly see enough of the battle to have any idea how it was going, let alone what strategy was in use. So I knew from the start that I’d need more than one viewpoint character, and could then switch among them as needed to give their separate takes on what was happening to them, and the reader would get both the necessary information as to what was happening overall, and the sense of chaos and struggle that marked the day.

Obviously, Jamie Fraser had to be one of those characters; he’s a central figure of the story, and he’s a trained and very experienced soldier. So I contrived a way for him to be in command of a sizable (though informal) company of militia during the battle. Militia companies were normally fairly small bands of thirty to fifty men, who signed up for short enlistments and returned to their farms or businesses when the enlistment period ran out, and a great many militia companies joined the American army just before this battle--not all of them were documented, and thus it was entirely plausible for the temporarily-appointed General Fraser to be in command of several.

So, Jamie would naturally see combat, both personally and as a commander. He’d be in communication with other commanders, and would know the proposed strategy, as well as specific moving goals as the battle was going on. And he’d be interacting with the soldiers under his command and responding to emergencies.  [NB:  Notice, through these examples, the sort of details that each character is conscious of and how they respond to them.]

Example #1 (Jamie in the cider orchard)

Then, of course, I wanted Claire. Both because she’d never leave Jamie on a battlefield alone again, and because as a surgeon, she’d have a completely different view of the battle. She’d be handling the wounded who came off the field, in a series of medical procedures/emergencies, but would also have a general sense of the battle as a whole, gained from the things the wounded men told her while she was treating them.

But we can’t overlook the other side of the conflict. What’s going on, on the British side? Well, we have a choice of POV characters on that side:  William, Lord John, and Hal. I used both William and Lord John (Lord John’s thread has been running through the whole book and the punch in the eye Jamie gave him at the beginning is affecting what happens to him throughout the battle and its aftermath). But while Jamie and Claire are carrying out fairly orthodox roles in the battle--a general in command/soldier on the field and a combat medic at a static aid station on the edge of the conflict--William and Lord John aren’t.

William’s been relieved of duty and Lord John is essentially trying to stay alive long enough to reach the British lines. Both of them, in storytelling terms, can drop in or pass through just about any situation I need or want. They aren’t compelled to follow orders or fight through a set conflict; we get a revolving set of pictures of the British side of the conflict and its various personalities from them.

So Jamie and Claire are providing a more or less structured view of things, while William, John and Ian are giving us the smaller, vivid glimpses that add both to the overall picture of the situation and to the encompassing sense of chaos. Or at least we hope that’s what happened…

Many thanks to Diana Gabaldon for taking the time for this very interesting interview! I really appreciate it.

Thank you Karen (and Diana); loved this interview! Just as I could read Diana's books multiple times, I never tire of hearing her own story as well as her perspective and thought process. So grateful for her talent. She is truly one of a kind!

Hi Karen,
great question you asked here! The Battle of Monmouth in MOBY is one of my all-time favourites, precisely because of all the different povs. It is amazing how Diana pulled it off!
Zanja

Thanks to both You Karen & Diana for this Wonderful & Insightful Blog. You both are so generous with your time and talents !

Amazingly! The knowledge and intelligence DG puts into writing. It’s the reason I have gone from a lifetime of reading many authors to only retreading the Outlander books. They are in a class by themselves!

I have read this awesome book twice and now I feel even more compelled to re read as I see each character deeply inside their heads.
Thank you both kind and generous ladies.

Thanks so much for this interview Karen. I absolutely love all of Diana’s War Of Independence (& other) Battle depictions, but this one in particular was handled with such skill that it really impressed me. Diana’s ability to describe such a complex & wide ranging series of skirmishes from a number of different viewpoints of protagonists on both sides so convincingly is admirable. Our characters involvement is entirely convincing.

Hi Karen wonderful interview and have read Book #8 ,many times and have found the Battle of Monmonth to be one of the intense parts of the whole book and you feel like you are part of it and can see and feel all of what Jamie and Claire are going through during the battle this is what makes Diana such a great writer , love the fact that she took time to describe what goes one behind the scenes during the writing progress , wonder if there will be battle scenes in Book # 9 . will be re-reading "Drums " this Fall and will be watching season 4 for sure . Happy Anniversary . please post more soon. Sincerely .

Battle scenes are my least favorite and I remember being quite confused when I read this one. Maybe now, after learning these insights from Diana, I'll better enjoy, appreciate and understand it in my next read.

Thanks for the great interview!

I love asking questions! And, even more, I was ecstatic reading through your lovely interview questions (so well done!), and of course, Diana's storybook type answers - conversational and informative! It is truly a peek into the mind of a great author who loves her craft and knows how to communicate her process very expertly. Thank you so much for the opportunity to learn even more about fascinating Diana!

Thank you Karen! It was great to have some original questions, you thought of really wonderful ones and I'm sure Diana appreciated it as well! It's also obvious that the two of you have known each other for awhile, which made for another dimension to the whole interview, just lovely!

DG's writing is totally engaging and absorbing, whether the book series,the companions, interviews or social media postings. Her skill with words is so impressive and amazing. I vote for Outlander in the PBS Great American Read every day! https://www.pbs.org/the-great-american-read/vote/
Thank you for sharing this!

Thanks so much for posting this. I collect all things Diana when it comes to writing advice and discussions.