Favorite quotes from AN ECHO IN THE BONE 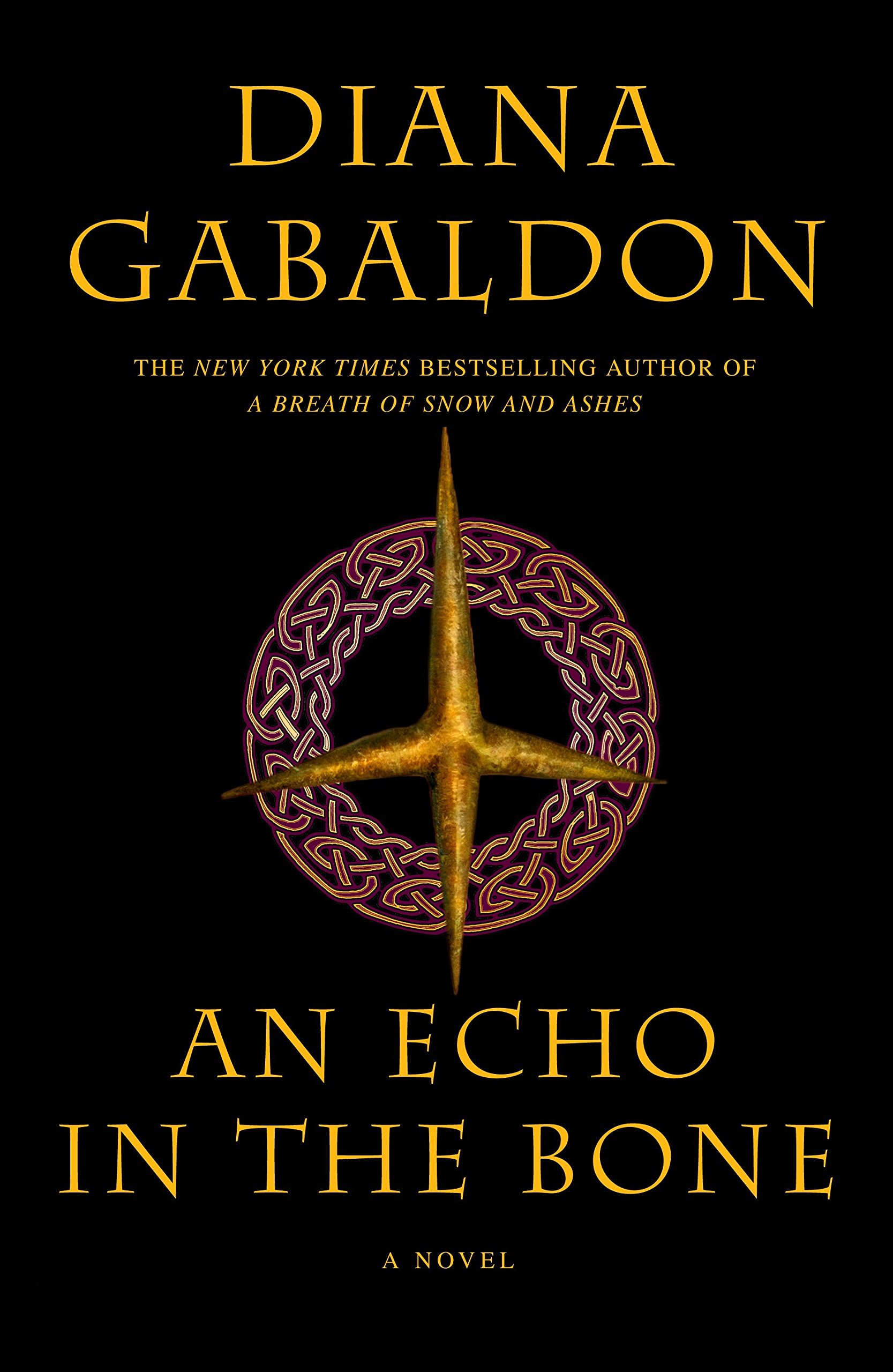 Today is the 10th anniversary of the publication of Diana Gabaldon's novel, AN ECHO IN THE BONE, Book 7 of the OUTLANDER series, which was released in hardcover on September 22, 2009.

In honor of the occasion, I thought it would be a good opportunity to share some of my favorite quotes from that book.

If you haven't read all of the OUTLANDER books, you will find spoilers below! Read at your own risk.


“You can teach kids not to cross the street alone,” Bree had pointed out. “Surely you can teach them to stay the heck away from standing stones.”

He’d agreed, but with substantial mental reservations. Small kids, yes; you could brainwash them into not sticking forks in the electric outlets. But as they became teenagers, with all that inchoate yearning for self-discovery and things unknown? He recalled his own teenaged self much too vividly. Tell a teenaged boy not to stick forks in the outlet, and he’d be off rifling the silverware drawer the minute your back was turned. Girls might be different, but he doubted it.

Raising kids who happen to be time-travelers poses unique challenges, to say the least! I think Roger is right to be concerned about it.


“Would you care to explain to me exactly which aspects of plant inspection require a penis?”

I love this line. Go Bree!


“For a long time,” [Fergus] said at last, “when I was small, I pretended to myself that I was the bastard of some great man. All orphans do this, I think,” he added dispassionately. “It makes life easier to bear, to pretend that it will not always be as it is, that someone will come and restore you to your rightful place in the world.”

“Then I grew older, and knew this was not true. No one would come to rescue me. But then—” He turned his head and gave Jamie a smile of surpassing sweetness.

"Then I grew older still, and discovered that, after all, it was true. I am the son of a great man."

“I wish for nothing more.”

One of the best Fergus moments in the entire series. Just wonderful!

Chapter 32, "A Flurry of Suspicion"


I’m not dead. Wish I were. Bath is vile. I am daily wrapped in canvas and carried off like a parcel to be sunk in boiling water that smells of rotten eggs, then hauled out and forced to drink it, but Minnie says she will divorce me by petition in the House of Lords on the grounds of insanity caused by immoral acts if I don’t submit. I doubt this, but here I am.

This is one of my favorite Hal quotes. He really has a way with words!


“How dare you do that to me? You think I haven’t got anything better to do with my life than trot round after you, sticking pieces back on?” I was frankly shrieking at him by this time.

To my increased fury, he grinned at me, his expression made the more rakish by the half-closed eye.

“Ye’d have been a good fishwife, Sassenach,” he observed. “Ye’ve the tongue for it.”

“You shut up, you f*cking bloody—”

“They’ll hear you,” he said mildly, with a wave toward the party of Continental soldiers making their way down the slope toward us.

“Be careful, Sassenach,” he said, still grinning. “Ye dinna want to knock off any more pieces; ye’ll only have to stick them back on, aye?”

“Don’t bloody tempt me," I said through my teeth, with a glance at the sword I had dropped.

I love it when Jamie teases Claire. But it's that last line that makes me laugh out loud.


“Ever heard of coup de foudre, Sassenach? It didna take me more than one good look at you.”

This is a terrific line. I hadn't heard the term before I read ECHO, but having looked up the definition, now I'm sure I won't ever forget it. Boy, is that ever appropriate!


“Have ye ever been in the slightest doubt that I need ye?” he demanded.

It took roughly half a second of thought to answer this.

“No,” I replied promptly. “To the best of my knowledge, you needed me urgently the moment I saw you. And I haven’t had reason to think you’ve got any more self-sufficient since."

This is one of my favorite exchanges between Jamie and Claire in the whole book. It's impossible to read this without thinking of their first meeting in OUTLANDER, when Claire tended his dislocated shoulder.

“He’s just here,” he said to Jenny, nodding to the spot between them. “Where he belongs.”

I just LOVE this bit, with the deliberate "echo" of Ian's line in DRAGONFLY IN AMBER, which has long been my favorite Ian quote of the whole series.


Like forgiveness, it was not a thing once learned and then comfortably put aside but a matter of constant practice--to accept the notion of one’s own mortality, and yet live fully, was a paradox worthy of Socrates.

At the time ECHO was published, Diana Gabaldon suggested that a possible one-word theme of this book is "mortality". I don't think that theme is stated as succinctly, or as eloquently, anywhere else in the book.

How wonderful for Ian that he's found a woman who loves and appreciates him for who he is! Rachel is a terrific character, and I thought this was just the right note on which to end the book.

What about the rest of you?  What are your favorite lines or scenes from AN ECHO IN THE BONE?

Congratulations to Diana Gabaldon on ECHO's 10th anniversary!
an echo in the bone diana gabaldon outlander

I love these. Thank you for sharing them. There is no way I can improve on your choices without reillerating the entire book :-)
Odet

Thank you for reminding me know much I love Diana's books.

Echo is my all time favorite, alright perhaps Outlander first. Echo has so many turns I feel like I’m on a roller coaster but never get sick😉

I love William, especially his trip through the Great Dismal Swamp, his meeting with Ian and the other Indians, and his being named “bear cub”. The Indians, among others throughout the book, recognized William as who he is, Bear Killer’s son. (I also had the pleasure of following the development of this section when she posted the daily changes to it. A fascinating process.)

Every time I re read one of Diana's book I'm snared and entwined into the story, history, that she has created. Thx DG

Hi Karen . found "Echo ' a little hardtop get into , but once I did loved it and love many quotes from it , the ending where Claire thinks Jamie's is dead from ship sinking and then marrying Lord John soon after was shocking a at first thought her col-hearted at first , but when he does it out of protection and she tries to kill herself , then seeing the Jamie was indeeded alive made me think otherwise. wonder how the writers will handle the book in season 7 .can't wait for "Bees' to finally appear , will take a year off to read it. plase post more soon. Happy week. Sincerely .

I love these quotes. My all-time favorite is chapter 62.
Claire fighting for Jamie and putting him back together.