GO TELL THE BEES THAT I AM GONE FAQ

Here is the latest information on Diana Gabaldon's upcoming novel, GO TELL THE BEES THAT I AM GONE, Book 9 in the OUTLANDER series. I hope you find it helpful! (Last updated September 18, 2021.)

1) When will BEES be published?

Diana Gabaldon announced on April 15, 2021, that the publication date for GO TELL THE BEES THAT I AM GONE will be Tuesday, November 23, 2021.  By coincidence, November 23 happens to be my birthday, and I really can't imagine a better present this year!

2) Diana Gabaldon announced in late March that she had finished writing the book. Why does it take so long before it's actually published?

Please take the time to read Diana's detailed explanation of the many steps in the production process that have to be completed before the book is published. All of that takes time!

As of September 2, 2021, Diana has finished the last of the changes on her end, and the book is (finally!) in the hands of the publisher! 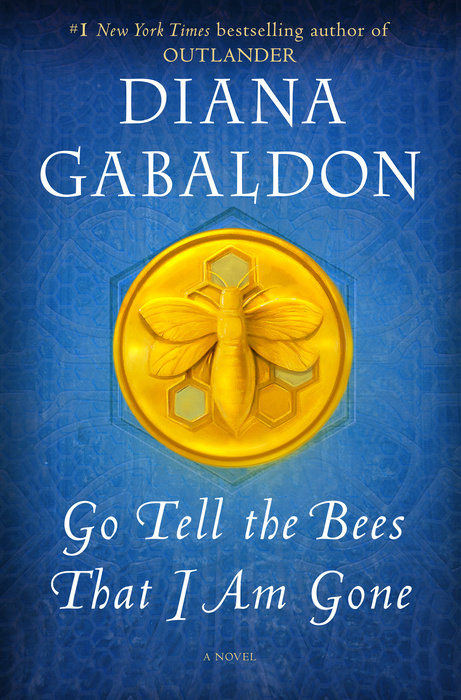 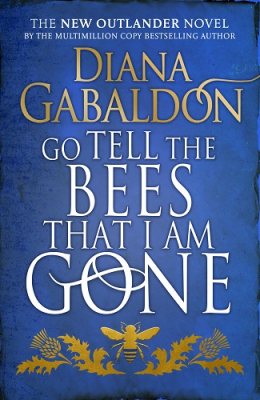 3) Why are there two different cover images for this book? 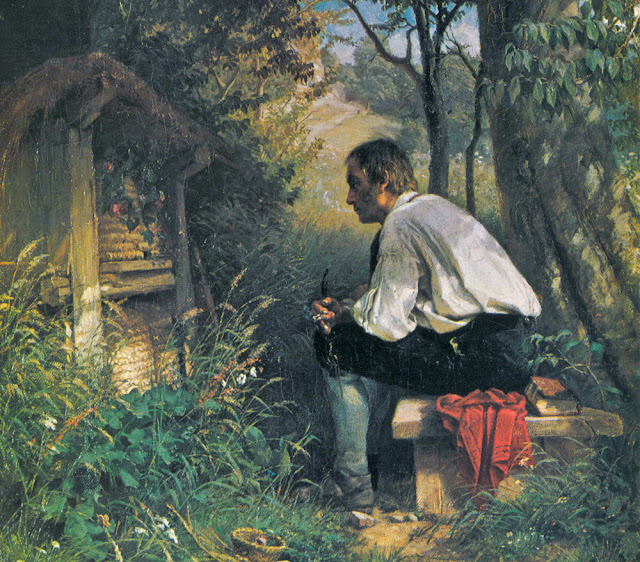 4) What does the title, GO TELL THE BEES THAT I AM GONE, mean?

Diana Gabaldon explains it this way on her website:

"Talking to your bees is a very old Celtic custom (known in other parts of Europe, too) that made it to the Appalachians. You always tell the bees when someone is born, dies, comes or goes—because if you don’t keep them informed, they’ll fly away."

Look here for more information. And here is a very interesting article about the custom of "telling the bees" The painting above is Hans Thoma's "The Bee Friend", from 1863.

5) Where can I pre-order BEES?


You can pre-order BEES here:

If you'd like an autographed copy of BEES, there are two options:

Another option for people who live outside the US is the Book Depository. You can pre-order BEES from their site here.

Look here for more links to sites where you can pre-order. 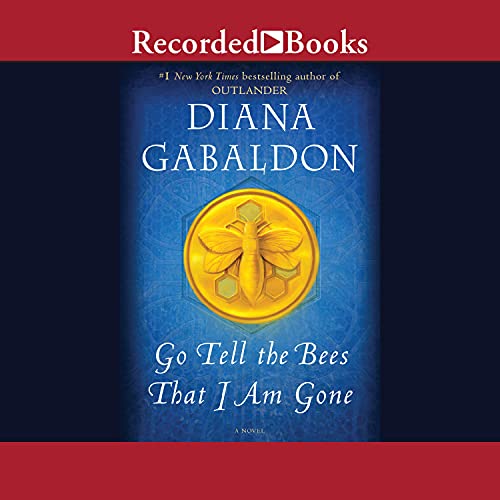 6) What about the audio version?

The audiobook of BEES, narrated by Davina Porter, will be released on November 23, 2021, at the same time as the hardcover and e-book. If you're in the US, you can pre-order on Amazon here.

Please note: The length of 27 hours and 30 minutes that you'll see on the pre-order listing is definitely just a placeholder, so don't take it as an indication of the actual length of the book!  Even OUTLANDER is longer than that in audio format. Since BEES is longer than ECHO or MOHB, I'm guessing it will probably be somewhere around 50 hours long, more or less.

I'm delighted that Davina Porter will be doing the narration for BEES, just as she has for all of the previous books in the main OUTLANDER series. She's a marvelous narrator and I just can't imagine anyone else reading the Big Books.

7) When will a paperback edition be available in the US?

Here is Diana Gabaldon's response to that question.

8) Is BEES the last book in the main OUTLANDER series?

No, there will be a Book 10. Also a prequel about Jamie's parents. https://t.co/8sLBtcOYpj

As some of you may know, Diana Gabaldon says all of her books have a "shape" to them.


All my books have an internal geometric shape that emerges in the course of the work, and once I’ve seen it, the writing goes much faster. I may have no idea exactly what happens, what’s said, etc.--but I do know approximately what the missing pieces look like (e.g., I need a scene here that involves these three people, and it has a sense of rising tension and a conclusion that will lead into that scene over there …).

These internal shapes are normally invisible to the reader--who isn’t looking for them in the first place--but if pointed out, the reader can certainly see them.

(From THE OUTLANDISH COMPANION Volume 1 (Revised and Expanded), Copyright© 2015 by Diana Gabaldon. All rights reserved.)

"Snake" is the overall shape of the book. It glides, it coils, it slithers, it climbs (and then drops out of a tree on you), it turns back on itself at the same time it goes forward, it has occasional bulges where it's swallowed something large...and it has fangs.

Snakes are dangerous and unpredictable and sometimes deadly, and I think we'd all do well to keep that in mind.

This description of the shape of BEES is making me really excited about this book! It sounds like it's going to be a very entertaining and suspenseful roller-coaster ride, with plenty of twists and turns -- but watch out for the snakes!

* For those of you who don't know, TheLitForum.com (formerly the Compuserve Books and Writers Community) is Diana Gabaldon's main online hangout, and I have been Section Leader (aka moderator) of Diana's section on the forum since 2008. You have to sign up to read or post on the forum, but it's free.

10) Will Diana Gabaldon be doing a book-tour for BEES?

We don't know yet. Even Diana Gabaldon says she doesn't know the answer to that question. But as of now, it's looking awfully unlikely.

Maybe things will change between now and November, but at this point, the idea of authors doing in-person events with huge crowds, night after night after night for weeks on end, seems like a relic of the Before Times, pre-pandemic. And given that virtual events are safer, don't cost the publisher anything, and are FAR less physically exhausting for the author, it's hard to see a rationale for why publishers would decide to do in-person events this year. But we'll just have to wait and see.

Check the Appearances page of Diana Gabaldon's website for the latest updates on any future public appearances or virtual events.

11) When will BEES be translated into other languages?

The German edition of GO TELL THE BEES THAT I AM GONE, called DAS SCHWÄRMEN VON TAUSEND BIENEN, will be published on November 23, 2021, the same day as the US and UK editions. The translator, Barbara Schnell, is a longtime friend of Diana Gabaldon and has been translating her books into German for many years.

I have no information about translations into languages other than German.

That's all the information I have at this time. Please check back later for further updates!

I can’t wait for this book !
Talking to the bees like this usually means someone has died !
Who will it be.
So glad to hear there will be more books,and a prequel is a fantastic idea !
Go Diana !

If you go to Diana Gabaldon’s website and look at the blog tab, she explains what the shape of each book is. She also explains why.