5/28/2011 08:32:00 PM
I had a very interesting day today, visiting the Guilford Courthouse National Military Park in Greensboro, NC, with my parents.  It's only an hour and a half from my house, but I'd never been there before.

For those of you who don't know, the battle of Guilford Courthouse was one of the major battles in the Southern campaign of the Revolutionary War.  It took place in March, 1781, so it's still nearly three years in the future as far as Jamie and Claire are concerned, but I very much hope that Diana will eventually include it in Book 8 (or 9? <g>)

We arrived just in time to see a pair of re-enactors giving a demonstration of an 18th century musket (below, left) and rifle (below, right) 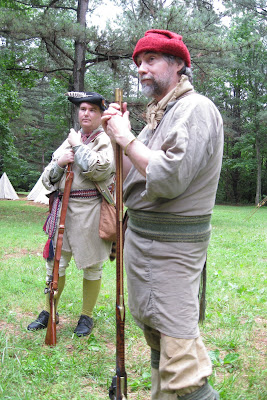 Here is a video I made that shows one of the re-enactors firing a musket.  (I hope the quality is OK; that was my very first attempt at uploading a video to YouTube. <g>)

I also got a good close-up look at a rifle, possibly similar to the one Jamie and the other riflemen carried in ECHO.  When I asked about the accuracy of the rifle, I was told it can hit a man-sized target at 300 yards, in good conditions (humidity in the air would cut that down, for example).  The man with the rifle said he wore a red cap to identify himself as a Canadian who'd come to join the American army. 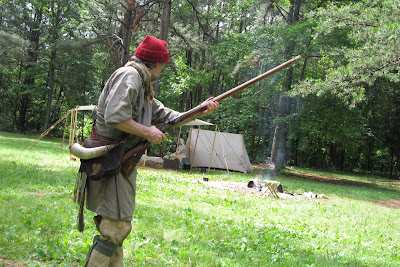 I saw the bayonet affixed to the musket but didn't manage to get a picture of it in that position.  You can see the bayonet in the man's belt in the picture below.  Wickedly sharp blade! 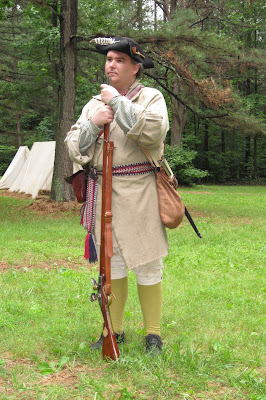 Here are a few pictures of the artifacts in the visitor's center. The first is a selection of powder horns and bullet molds.  The flat spatula-like object at lower left is a "molding ladle" -- I assume this would be used in pouring lead into the mold to make musket balls. 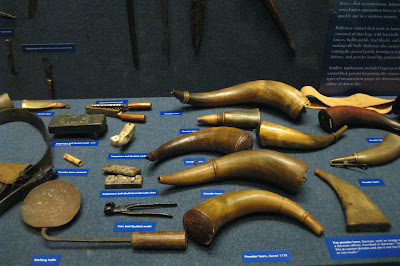 The smaller round objects beside the cannonballs in the picture below were labeled, "Grapeshot, found at Yorktown Battlefield in August, 1891."  So that might have been something similar to what cost Ian his leg?  I can see now where the name comes from, as they really are about the size of a large round grape. 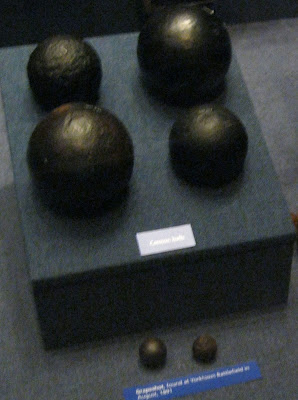 We had a great time and I would definitely encourage any OUTLANDER fans in the vicinity to stop by Guilford Courthouse if you get the opportunity.
18th century weapons an echo in the bone book eight diana gabaldon guilford courthouse how to fire a musket

how to fire a musket