1) I had never heard of a corset busk before I read A BREATH OF SNOW AND ASHES. Here is an example of an ivory corset busk. (Click on the picture to see a bigger view.)

This particular busk dates from 1833, but I imagine the one Bree used to fatally wound the black slave, Emmanuel, in ABOSAA would have been similar.


They'd taken away the fouled dress, and left her in shift and stays. Well, that was something. She pulled off the stays, and by picking at the ends of the stitching, extracted the busk--a flat, twelve-inch strip of ivory that ran from sternum to navel. A better weapon than a hairbrush, she thought. She took it over to the chimney, and began to rasp the end against the brick, sharpening its point.

Could she stab someone with it? Oh, yes, she thought fiercely. And please let it be Emmanuel.

2) Here are a couple of photos of Beauly Priory, the priory attached to Beaufort Castle, in Scotland, where Claire meets Maisri the seer. There was a small chapel in Beaufort Castle, to serve the devotional uses of the Earl and his family, but Beauly Priory, ruined as it was, remained the burying place of the Lovats, and the floor of the open-roofed chancel was paved thick with the flat tombstones of those who lay under them.

I'm not sure if I'll get to see this place when I go to Scotland in July or not. Have any of you been there?

3) The photo above shows forget-me-nots, like the ones Claire noticed on Craigh na Dun only hours before she went through the stones for the first time.


Casting an eye over the ground, though, I [saw] an interesting plant growing near the base of one of the tall stones. Myosotis? No, probably not; this had orange centers to the deep blue flowers. Intrigued, I started toward it. Frank, with keener hearing than I, leaped to his feet and seized my arm, hurrying me out of the circle a moment before one of the morning's dancers entered from the other side.

Do the forget-me-nots have some special significance?  When Diana was asked that question on Compuserve in January, 2009, her response was,

Grrrrrr!!  I really hate it when she does that. <g> We'll just have to wait and see, I guess.

Some people on Compuserve have speculated that Jamie might have planted them, after Claire's death, perhaps, or sometime during their 20 years apart.  I really have no idea.  But it seems clear that the reason Claire returned to Craigh na Dun that day was to find these flowers.  And so, if it hadn't been for the forget-me-nots, Claire might never have gone through the stones in the first place!

The discussion on Compuserve is here if you're interested.

I should add, for the record, that I never paid the slightest attention to the forget-me-nots mentioned in OUTLANDER until people started talking about them on Compuserve last year.

4) Here's a cutaway view of the shell of a chambered nautilus.


Jenny worries me. I know she grieves Ian with all her Heart, but she does not weep much, but only sits for long Periods, looking at Something that only she sees. There is a Calmness about her that is almost eerie, as though her Soul has flown with Ian, leaving only the Shell of her Body behind. Though since I mention Shells, it occurs to me that perhaps she is like a Chambered Nautilus, like the one that Lawrence Sterne showed us in the Indies. A large, beautiful Shell, made of many Chambers, but all empty, save the innermost one, in which the small Animal hides itself in safety.

Diana made a comment about this on Compuserve a couple of months after the book came out:


I'm sure someone will helpfully pop up at some point to tell me this is a mistake (because in fact, a chambered nautilus lives in the _outermost_, largest chamber), but in fact, it's just a metaphor; Jamie knows nothing about nautili, but he knows a lot about his sister.

5) The photo below shows a raw opal from Ethiopia, still partly embedded in the rock in which it was found.  (Click on the picture to see a bigger view.)  I think it looks very much like the one described in DRUMS, that Claire found beside Otter-Tooth's skull. 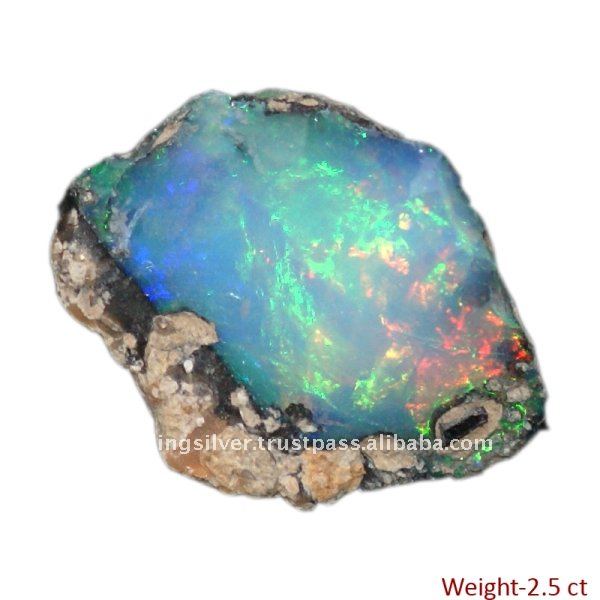 I drew out the flat stone I had unearthed. It was dirty brown in color, an irregular oval half the size of my palm. It was flattened on one side, rounded on the other, and smooth as though it had come from a sttreambed. I turned it over on my palm and gasped.

The flattened face was indeed incised with a carving, as I had thought. It was a glyph in the shape of a spiral, coiling in on itself. But it wasn't the carving that brought both Jamie and Ian to peer into my hand, heads nearly touching.

Where the smooth surface had been chipped away, the rock within glowed with a lambent fire, little flames of green and orange and red all fighting fiercely for the light.

"My God, what is it?" Ian asked, sounding awed.

"It's an opal--and a damned big one, at that," Jamie said. He poked at the stone with a large, blunt forefinger, as though checking to ensure that it was real. It was.

Karen, thanks again for doing this. Have you ever thought of putting all these in book form in chronological order, or I mean, in the order they appear in the books. It would become a visual reference for Outlander books. :)

Thankyou Karen.Yes, Phyllis has got a good idea (putting all the FF in book form)that'd be great but rather a lot of work for you though.. Today's FFF are lovely, so beautiful pictures! A good day to you.

thanks so much for the effort you put into your FFF every week, I really appreciate it - especially the link to the forget-me-nots-discussion on Compuserve!

Dear Karen
Love your Friday Facts! Thank you so much for this great work.
Viviana

Karen -- my husband was born in Holland and on a trip back there a few years ago we took a tour of a small church in a town called Hogebeintum. One of the folks taking the tour made a comment about the headstones on the floor. The tour guide asked if any of us knew where the term "stinking rich" came from. We all said "no" and she then informed us that there was no such thing as embalming in the 1500-1600's and, since the rich took up most of the church aisle floor, they were buried in the most prominent spots and really stunk up the church as they decomposed!!

Phyllis - thanks for posting your suggestion on Compuserve where Diana could see it! She likes the idea, so maybe it will happen some day, who knows?

Nicole - I'm always happy to dig up interesting discussions on Compuserve. There's a lot of fascinating stuff buried in the forum archives. Glad you liked that! :-)

Viviana - thanks so much!

Pat - that's interesting, thanks for letting me know. :-)

Karen-
When I traveled to Scotland last August with my mother we visited Beauly Priory. Ironically enough there are two tombstones there with interesting names: James Fraser and John Grey! Obviously the dates didn't match up, but still very creepy:)

Diana always says that there were a lot of James Frasers in Scotland, and I guess she's right! :-)

I just love these posts. I did not think the Forget Me Nots had a purpose either but now you've got me thinking...

Thanks, Michelle! It's fun to speculate about, isn't it? :-)