1) I had never heard of greylag geese before I read Diana Gabaldon's books.  Here's a short video that shows a flock of greylags at a wildlife sanctuary in the UK.  Even in this brief clip, you can see how they tend to move about in pairs.


"Well, then. Ye'll ken that the greylag mate for life? If ye kill a grown goose, hunting, ye must always wait, for the mate will come to mourn. Then ye must try to kill the second, too, for otherwise it will grieve itself to death, calling through the skies for the lost one." As Claire explains to Jamie:


"After the battle at Lexington, General Palmer--he's a general of militia--wrote this and sent it through the countryside by an express rider, to bear witness to what had happened, to notify the militias nearby that the war had started.

"Men along the way took copies of it, endorsed them to swear that they were true copies, and sent the message along to other townships and villages; there were probably hundreds of copies made at the time, and quite a few survived. Frank had one that someone gave him as a present. He kept it in a frame, in the front hall of our house in Boston."

Then a quite extraordinary shudder went through me as I realized that the familiar letter I was looking at had in fact been written only a week or two before--not two hundred years.

There has been some speculation on Compuserve about whether the copy of the Lexington Alarm that hung on the wall in Claire and Frank's house in Boston might have been the same one that Claire copied in her own handwriting, with Jamie's signature at the bottom.  Personally I think that's unlikely.  Claire would have had no reason to avoid looking at it, after all, since it had nothing to do with the Jacobites or 18th-century Scotland, and I can't imagine that she would have failed to notice Jamie's signature on it.  (But it's fun to speculate, of course!) 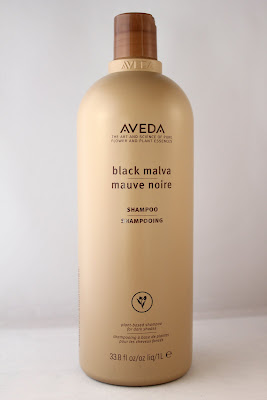 3) Did you ever wonder where Malva Christie's name came from? I have always thought Malva was a very appropriate name for a character who "goes bad". ("Va mal" means "goes bad" in French. <g>) But Diana says that wasn't intentional; in fact, she's named after Aveda's "Black Malva" shampoo.  Here's what Diana had to say about it on Compuserve back in 2007:


In all honesty, she's named after an Aveda shampoo I used to use--Black Malva. Which is a plant, belonging to the family Malvaceae.   I liked the sound of the name, and the botanical connection (since she becomes Claire's apprentice, learning about herbs and the like from her)--and having grown up Catholic in pre-Vatican II times, I had enough Latin to recognize the "evil" root to her name. Didn't know the "va mal" construction, though.


4) One of the many 20th-century pop culture references in the books is the Yogi Bear theme song. I am old enough to remember watching Yogi Bear cartoons on TV as a child, so the references in THE FIERY CROSS make me laugh. 5) The photo above shows Henri de Toulouse-Lautrec, the 19th-century artist.  Like Colum MacKenzie, he suffered from a genetic disorder that is now known as Toulouse-Lautrec syndrome or pycnodysostosis. (What a tongue-twister!)


Toulouse-Lautrec syndrome. I had never seen a case before, but I had heard it described. Named for its most famous sufferer (who did not yet exist, I reminded myself), it was a degenerative disease of bone and connective tissue. Victims often appeared normal, if sickly, until their early teens, when the long bones of the legs, under the stress of bearing a body upright, began to crumble and collapse upon themselves.

According to Wikipedia, "The height of adult males with the disease is less than 150 cm (59 inches, or 4 feet 11 inches)."  When I first read the graphic novel, THE EXILE, I was struck by one particular scene (in the middle of Chapter 3) that shows Dougal and Colum standing side by side, making the difference in their heights very obvious.

Just as Henri de Toulouse-Lautrec became a successful artist in spite of his disability, Colum MacKenzie was a strong leader who used his wits and the force of his personality to keep control of Clan MacKenzie, despite the physical limitations imposed by his condition.

As always, I love the fun facts. This week, I especially enjoyed learning the genesis of Malva Christie's name. A shampoo!
Catherine

Your fun facts are a Friday brightener! I love the 20th century references in the books - my favorites are the ones mentioning Lassie and 'Timmy's in the well.' Thanks for your good work.

Thanks for another reason for TGIF! Your labor of love is appreciated.

I had no idea that Malva was named from a shampoo. That makes me laugh.

I also dont think that the Frank had the Alarm with Jamie's signature on it. I am sure that Claire would have seen that quite easily. I have a feeling that Jamie's signature would have really stood out due to his writing difficulty. I think it would not look like the others. However, I am sure that Frank knew something of the past regarding Claire & Bree going back in time. No doubt at all.

Karen--this is wonderful. I too loved the Yogi Bear reference in FC. The video on the grey lags was nice, and I was struck by how odd I found their orange feet and bills, having really only seen Canadian Geese. thanks for this! Great job!

Thanks, everyone! I'm really glad you're finding the FFF interesting and entertaining. :-) Please come back for more next week!