1) These photos show the cliffs at Arbroath, on the eastern coast of Scotland, where Jamie and his group of smugglers attempted a rendezvous in VOYAGER. Click on the photos to enlarge them.  (Photo credits: Top: anitapinezo on webshots.com.  Bottom: Guiseppe Lambertino on Flickr.)


It was a wild piece of coast--not surprising, most of Scotland’s coast was wild and rocky--and I wondered how and where the French ship would anchor. There was no natural bay, only a curving of the coastline behind a jutting cliff that sheltered this spot from observation from the road.

Dark as it was, I could see the white lines of the surf purling in across the small half-moon beach. No smooth tourist beach this--small pockets of sand lay ruffled and churned between heaps of seaweed and pebbles and juts of rock. Not an easy footing for men carrying casks, but convenient to the crevices in the surrounding rocks, where the casks could be hidden.

In case you're wondering, no, I didn't visit Arbroath during my recent trip to Scotland. Have any of you been there? 2) The photo above shows what a mattock looks like.  It's an ancient farming implement, similar to a pickaxe, used for tilling the soil.  As we saw in ECHO, a mattock can make a formidable weapon!


“Free her, MacIfrinn!” The mattock chunked into the earth beside his head.

He flung himself over, Laoghaire still clutched to him, rolling madly through the beds. The sound of panting and uneven steps, and the mattock came down again, pinning his sleeve to the ground and scraping the flesh of his arm.

He jerked free, heedless of tearing skin and cloth, rolled away from Laoghaire, and sprang to his feet, then launched himself without pause at the weazened figure of Laoghaire’s servant, who was in the act of raising the mattock above his head, narrow face contorted with effort.

Here are some examples of 18th-century mattock heads, meant to be fixed onto a wooden handle.

3) Remember Brianna's experiments with paper-making in A BREATH OF SNOW AND ASHES?

“Well, you squish up anything fibrous you can get your hands on,” Bree told her, making squishing motions with both hands in illustrations. “Old bits of used paper, old rags of cloth, bits of yarn or thread, some of the softer sorts of leaves or flowers. Then you soak the mash for days and days in water and--if you happen to have some--dilute sulfuric acid.” One long finger tapped the square bottle affectionately.

“Then once the mash is all digested down to a sort of pulp, you can spread a thin layer of it on screens, press out the water, let it dry, and hey-presto, paper!”

I could see Malva mouthing “hey-presto” to herself, and turned away a little, so she couldn’t see me smile.

Here's a step by step guide to paper-making, in case you want to try it yourself. 4) I love all the 20th-century pop culture references in the books.  Here's one that always makes me laugh:


The dog would run a few steps toward the house, circle once or twice as though unable to decide what to do next, then run back into the wood, turn, and run again toward the house, all the while whining with agitation, tail low and wavering.

"Timmy's in the well" is such a well-known phrase that Jon Provost, who played Timmy (pictured above, with Lassie) even used it as the title for his autobiography.  You might be surprised to learn that Timmy never actually did fall in a well, during his years on the "Lassie" TV series (1957-1964).  However, he did get into quite a few other dangerous situations.  Here's a list. 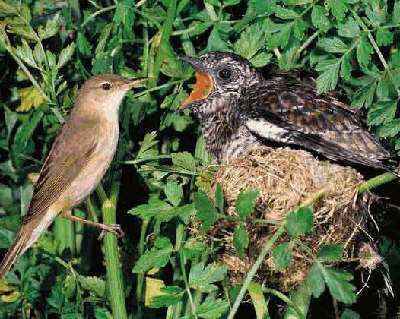 5) I have always been struck by Jenny's comment to young Ian in VOYAGER, just after he brought Claire back to Lallybroch.


“A cuckoo,” she said, almost conversationally. “That’s what ye are, laddie--a great cuckoo in the nest. God knows whose son ye were meant to be; it wasna mine.”

So, what does Jenny mean by "a great cuckoo in the nest"?  Cuckoos don't build nests of their own.  According to this site,


The cuckoo will seek out the nest of a bird, often hedge sparrows or warblers, and either lay directly into the nest, or lay elsewhere and carry its egg in its beak to the nest. It may also remove eggs already in the nest, and the cuckoo’s egg may mimic the colour of those of the parasitised host. The young cuckoo hatchling will push out any remaining eggs, or other newly hatched birds, and will be solely fed by its adoptive parents. There can be few more pitiful sights in nature than that of a tiny warbler bringing food to an enormous great gowk that has murdered its brood and taken over its home.

For more about the habits of cuckoos, check out this BBC documentary.  It's almost an hour long, but it's worth watching if you have the time.

timmy's in the well

Hi... I discovered your blog recently, thank to Diana, and I wanted to say how much I appreciate all your Fun Facts. Thank you for all the time you spend putting these together!

"Bloody Timmy's in the well!" Favorite of mine too!

Genevieve - Thanks so much, and welcome! :-) I hope you'll take some time to look around. There's a lot of information on this site that I think you'll find interesting, and I try to keep it as up to date as possible.

Shawn - That line makes me laugh out loud, every time I get to that bit in ABOSAA. I remember watching Lassie reruns when I was growing up in the '70s.

Loved the FFF, as always, especially the cuckoo video. Amazing!
And yes, I've been to Arbroath, on the east Scotland coast. Lovely little town, and there really is very little 'coast' with sand in that stretch of cliffs, so it was easy to imagine where Jamie and his gang of smuggles were waiting! :)
Gail A

Since I've used a mattock, I don't think of it as an ancient tool. ; )

Thanks! I was wondering if there actually was a small sand beach there or not. I wonder if DG visited there before she wrote about it?

And I love the cuckoo trivia. I really had no idea that baby cuckoos threw other eggs, even newly hatched baby birds, out of the nest like that. Yikes!

Well, I used "ancient" in the sense that mattocks have been around for thousands of years. :-) I know what a pickaxe is, but the word mattock is one I'd never seen before I read ECHO, so it was harder to visualize the scene between Jamie and Joey.

So glad I waited till iPad some time on Monday to read the newest FFF. Live these! Thank you, Karen, for all the latest research. Well done!

Hello, I enjoy reading all of your post. I wanted to write a little comment to support you.