6/04/2013 06:00:00 AM
With all the excitement about the upcoming OUTLANDER TV series on STARZ (if you missed Diana Gabaldon's big announcement, look here for a video), there have been a lot of rumors flying around.  Diana posted the following on her Facebook page, and I thought it was worth quoting in its entirety, for those of you who do not have access to Facebook.


OK, a slight correction: the production people tell me that the sixteen episodes are all for the _first_ season. (And if all goes well with that...they then might get a second season. This is kind of how television works, you know?)

Many thanks for your delight and enthusiasm! I'm sure with support from you, the show will do just fine. <smile>

As for the "oh, they'll RUIN it/oh,I can't stand to watch/oh, it'll be cheap and cheesy/oh, they're sure to mess up the characters/destroy the storyline, etc., etc., etc."...comments, you guys are of course welcome to your opinions, too--but feel free to curb your enthusiasm at any time. <cough>

I am NOT writing this show. I am not CASTING this show. I do not have CONTROL over this show. (I do have input, and the production people are very kind about asking my opinion on things. This does not mean they have a legal obligation to take it. <wry g>)

You know why not? Because I don't want to. I'm a novelist, not a screen-writer. I'm a naturally solitary writer--I don't even have research assistants; my books are mine alone. Screen-writing, by contrast, is an intensely collaborative business.

Scripts go through dozens (literally) of iterations, being worked on by any number of people--then reworked by other people, over and over. A new director (for a show or an episode) can insist on a new direction or changes; an influential actor can ask for changes. Multiple writers means constant--and I do mean constant--collaboration.

I'm not a team player. (Ask anybody. <g>) AND I have books to write. Were I to be involved in a TV series beyond simple consulting, it would suck my soul, waste my life, prevent me ever writing another book, and be generally a Bad Idea. I'm not doing it.

I would also probably not be good at it, whereas I have a good deal of faith in the very experienced and talented people who _are_ doing it. I saw the pilot script and thought it was an amazingly good adaptation (by marked contrast to various film scripts I've seen over the years <shudder>).

So, you know....chill. <g> Cross your fingers, hope for the best, and if you can't stand to watch, wait and read the reviews, and if it looks OK, you can get the DVD. <g>

I'm cautiously optimistic, at least for now.  Sixteen episodes for one season is more than I thought we would be getting.  And I personally would much rather have Diana focus her talent and energy on writing novels, rather than spending time on the TV series.

As for the rest of our many questions about how all this will work, all I can say is... 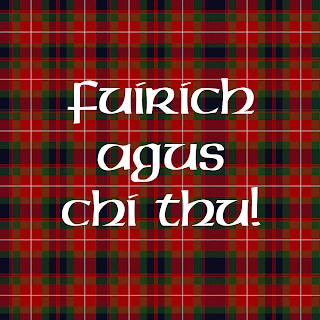 I am very much looking forward to this. I think a series it the best way to adapt the Outlander series versus a movie. I was always not so sure about a feature film, but would rather have a series adapation like Game of Thrones.

I am very much looking forward to it! Game of Thrones has stayed pretty true to the books, I devoured all of them, too. This last episode, the Red Wedding, was just like the book, except that Rob didn't bring his Queen with, but it actually made more sense to have her there and killed with him rather than later on....

I don't know if I want to see this or not! I have my own ideas of what everyone looks and sounds like. I'm afraid that seeing it on screen will just disappoint me!

I really would like to see it. My only concern is if I ever will. I live in The Netherlands, Europe, and not eveything will be broadcasted here.


First time I commented in a blog! I really enjoy it. You have an awesome post. Please do more articles like this. I'm gonna come back surely. God bless.