1) This is an example of a polonaise gown, or "robe à la polonaise", made in France in 1775.  Look here for close-up views.  I think it looks very much like the one Claire described in A BREATH OF SNOW AND ASHES:

“But I don’t need any . . .” I began, and then saw the garments laid out on the bed: one of Mrs. Martin’s day gowns, a pretty printed floral cotton, done in the newly popular “polonaise” fashion, complete with voluminous petticoats, silk stockings, and a large straw hat to shade the face.

Evidently, I was meant to impersonate the Governor’s wife. There was no real point in protesting; I could hear the Governor and the butler talking in the hall, and after all--if it got me out of the palace, so much the better.

Here's another example of a polonaise gown, from England circa 1770-1780.  Both of these gowns come from the collection of the Los Angeles County Museum of Art.


The polonaise gown first came into fashion in the 1770s. It was a style of gown with a close-fitting bodice and the back of the skirt gathered up into three separate puffed sections to reveal the petticoat below. The method of suspending the fabric varied. Most often the dress had rows of little rings sewn inside the skirt through which a cord ran from hem to waist. Alternatively, ribbon ties would be used, with the ribbons forming decorative bows. However, in some instances the skirt was held in place by simple cords sewn to the inner waist of the dress and looped over buttons attached to the outside waistline.

I think they're just gorgeous!

2) Claire performed a cricothyrotomy to save Roger's life after the hanging in THE FIERY CROSS.  The diagram above shows where the incision would be made.  (Click on the picture for a bigger view.)


A cricothyrotomy? Fast, and requiring no great skill, but difficult to keep open--and it might not be sufficient to relieve the obstruction. I had one hand on Roger’s sternum, the soft bump of his heart secure under my fingers. Strong enough...maybe.

“Right,” I said to Brianna, hoping I sounded quite calm. “I’ll need a bit of help.”

In essence, nothing all that difficult; simply hold Roger’s head pulled well back, and keep it steady while I slit his throat.

Here's a video animation of how a cricothyrotomy is performed using modern equipment.  Claire, of course, had nothing but a scalpel, and a broken pipe stem to use as a breathing tube.  From Wikipedia:


Cricothyrotomy is easier and quicker to perform than tracheotomy, does not require manipulation of the cervical spine, and is associated with fewer complications. However, while cricothyrotomy may be life-saving in extreme circumstances, this technique is only intended to be a temporizing measure until a definitive airway can be established.

Look here for step-by-step instructions on how to perform an emergency cricothyrotomy. 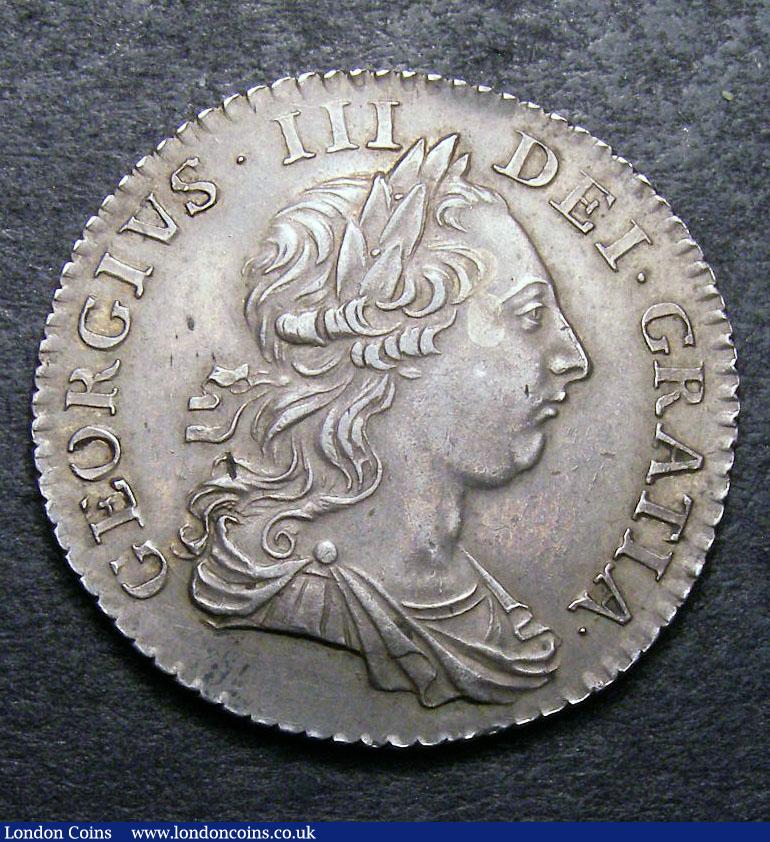 3) This is a British one-shilling coin from 1763, showing King George III.  Click on the photos to enlarge them.


Ian swore, picking up the coin.

“How d’ye do that? Every night ye’ve said ‘tails,’ and every night, tails it is!”

“Well, it’s your shilling, Ian. Dinna blame me.” He sat down on the bed platform and stretched himself pleasurably, then relented. “Look at Geordie’s nose.”

Ian flipped the shilling over in his fingers and held it to the light of the fire, squinting, then swore again. A tiny splotch of beeswax, so thin as to be invisible unless you were looking, ornamented the aristocratically prominent nose of George III, Rex Britannia.

This coin would have been about ten years old by the time Ian acquired it, which would explain its somewhat battered appearance. <g> 4) This is what a buffalo robe looks like. Photo credits: Erin and Lance Willett (top) and paintedpony7 (bottom), on Flickr.


"I brought ye a present, Sassenach,” Jamie said, grinning and wiping sweat from his jaw.

“A...present,” I said faintly, looking at the enormous heap of...what?...he had dropped on the ground at my feet. Then the smell reached me.

Not much doubt of that. It was not--thank God--a fresh one, but the scent of its original owner was still perceptible, even in the cold. I fell to my knees, running my hands over it. It was well-cured, flexible, and relatively clean, the wool of it rough under my hands but free of mud, burrs, clumps of dung, and the other impedimenta that normally attended live buffalo. It was enormous. And warm. Wonderfully warm.

I have always thought it was a shame that Jamie and Claire never got to try out the buffalo robe. <g>  Given that they departed for Scotland only a short time later, I wonder what happened to it?  Do you suppose they left it with Rachel?

5) This photo shows part of the underground network of tunnels below the city of Paris, known as the Catacombs. Click on the photo for a bigger view.

This video gives a fascinating glimpse into the Catacombs.  These tunnels have been closed off to the public for decades.  You can see why the Comte St. Germain would consider this an ideal hiding place for his cache of gemstones.  Imagine him making his way through these tunnels with a torch that burned green fire.


His torch had begun to gutter already, and he pulled another from the bag and lit it from the remains of the first, which he dropped on the floor at the entrance to the side-tunnel, leaving it to flare and smolder behind him, the smoke catching at his throat. He knew his way, but even so, it was as well to leave landmarks, here in the realm of everlasting night. The mine had deep rooms, one far back that showed strange paintings on the wall, of animals that didn't exist, but had an astonishing vividness, as though they would leap from the wall and stampede down the passages. Sometimes--rarely--he went all the way down into the bowels of the earth, just to look at them.

If you haven't yet read "The Space Between", I highly recommend it!  Look here for more information.

Fascinating stuff about the Parisian catacombs. Thanks for the links. FFF always worth reading!