1) Pennyroyal (scientific name Mentha pulegium) is a perennial herb, the smallest member of the mint family. (Photo credit: Gardenology.org.)  It was widely used for centuries as a medicinal herb.  According to Culpeper's Complete Herbal, published in 1814:


Being boiled and drank, it provokes women's courses, and expels the dead child and after-birth, and stays the disposition to vomit, being taken in water and vinegar mingled together. And being mingled with honey and salt, it voids phlegm out of the lungs, and purges melancholy by the stool. Drank with wine, it helps such as are bitten and stung with venomous beasts, and applied to the nostrils with vinegar, revives those that are fainting and swooning. Being dried and burnt, it strengthens the gums. It is helpful to those that are troubled with the gout, being applied of itself to the place until it was red; and applied in a plaister, it takes away spots or marks in the face.

Unfortunately, pennyroyal is highly toxic when ingested. The most common use of pennyroyal today is as a natural insect repellent, as we saw in DRUMS OF AUTUMN:


The bugs had been a ubiquitous plague. I inspected Jamie’s skin minutely every morning, picking voracious ticks and wood fleas from his crevices, and anointed all of the men liberally with the juice of crushed pennyroyal and tobacco leaves. This kept them from being devoured alive by the clouds of mosquitoes, gnats, and carnivorous midge that hung in the sun-tinged shadows of the woods, but it didn’t prevent the hordes of inquisitive bugs from driving them mad with a constant tickling inquiry into ears, eyes, noses, and mouths. 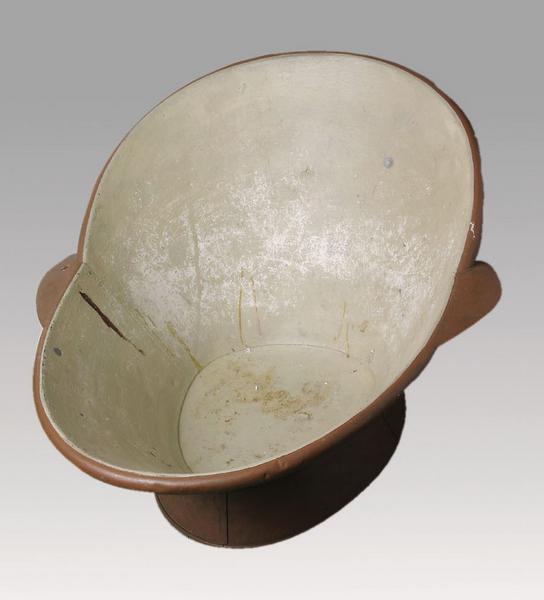 2) This photo shows a hip bath made from galvanized tin.  This example dates from the 19th century, but I imagine the ones used in Jamie and Claire's time would have been similar.


As the door closed behind the maid, Jamie relaxed into the tub, high at the back to allow for lounging; the feeling of the times seemed to be that once having gone to the trouble of filling a bath, one might as well enjoy it. His stubbled face assumed an expression of bliss as he sank gradually lower into the steaming water, a flush of heat reddening his fair skin. His eyes were closed, and a faint mist of moisture gleamed across the high, broad cheekbones and shone in the hollows beneath his eyesockets.

These hip baths were rather small by our standards today (not being designed to immerse the whole body at once), and would have been quite cramped for a man of Jamie's size!  Imagine Jamie soaking in that bathtub in Paris, with his legs dangling over the side. <g>

This is a bathtub used by King George III at Kew Palace.  For more information, look here. 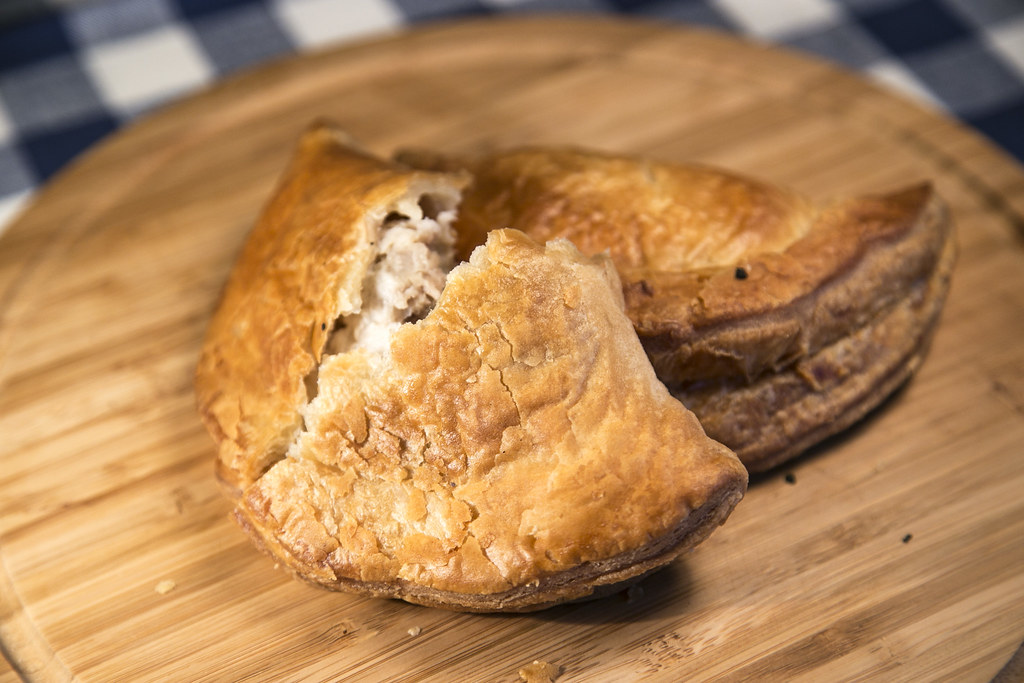 
A bridie was a plump hot pie in a half-moon shape, filled with minced steak and suet and spiced with onion. A rush of hot, rich juice and flaky pastry filled her mouth, and she closed her eyes in bliss.

“The food was either terribly bad or terribly good,” Claire had said, describing her adventures in the past. “That’s because there’s no way of keeping things; anything you eat has either been salted or preserved in lard, if it isn’t half rancid--or else it’s fresh off the hoof or out of the garden, in which case it can be bloody marvelous.”

The bridie was bloody marvelous, Brianna decided, even if it did keep dropping crumbs down the top of her bodice.

These tasty meat-filled pastries are sometimes known as Forfar bridies, for the town in Scotland where they originated.  I've only tried one once, at a Highland Games a few years ago in North Carolina, but I thought it was delicious.  If you'd like to try making them yourself, check out Brianna's Bridies from Outlander Kitchen, or look here for another recipe. 4) This is the memorial to those who fell in battle at Prestonpans, in September 1745.

You may have heard about the Prestonpans Tapestry, a series of 104 handmade tapestry panels commemorating the battle.  The tapestry was completed in 2010.  You can see a slideshow of the panels here.  The panel shown above depicts the wounded men from both sides being cared for after the battle, just as we saw in DRAGONFLY. (Click on the photo for a bigger view.)

5) Here's a video of "Birnie Bouzle", performed by Drinkers Drouth.


"Don’t forget your guitar!” Bree called after [Roger] as he headed for the door. He glanced back at her, surprised.

“A list? Of what?” To the best of Roger’s knowledge, Jamie Fraser paid no attention whatever to music. It rankled him a bit, in fact, though he seldom admitted it--that his own greatest skill was one that Fraser didn’t value.

“Songs, of course.” She furrowed her brow, conjuring up the memorized list. “He wants you to do ‘Ho Ro!’ and ‘Birniebouzle,’ and ‘The Great Silkie’--you can do other stuff in between, he said, but he wants those--and then get into the warmongering stuff."

I had never heard of this song before I read THE FIERY CROSS, but I like it very much.  You can see the lyrics here.

This will be the last all-new installment of the Friday Fun Facts for a few months. With the publication of WRITTEN IN MY OWN HEART'S BLOOD only days away now, and the TV series premiere on August 9, I'm going to be extremely busy trying to manage the discussions on Compuserve, and I just won't have the time to do the research that the FFF requires.

However, I do intend to post occasional "Best of the FFF" collections, as I've done in the past. (You can see the previous collections here.)

I'm not necessarily stopping for good; I'm sure that the new book will provide lots of entertaining bits that would make good FFF topics, and eventually, when things calm down online, maybe I'll do a post or two focusing on MOHB.  But for now, I really need a break from it.

Thanks very much to all of you for your support and encouragement over the past 28 months!  It's immensely gratifying to me to see how much everyone (including Diana Gabaldon) enjoys my Friday Fun Facts.
birnie bouzle bridies diana gabaldon friday fun facts hip bath outlander pennyroyal prestonpans prestonpans tapestry

Enjoy your break Karen. We look forward to your Friday Fun Facts almost as much as Herself's Daily Lines! Thanks for your efforts.

Thanks Karen for all you do. Enjoy your break from FFF :-)

Enjoy all of the craziness! We appreciate all you do!

I always enjoy your installments, and look forward to more in the future. Enjoy your break!

enjoy your break - we will miss you! especially those of us that don't participate on the Compuserve boards. :(
As a wife of a man of Jamie's size, rest assure that current tubs are not made for lounging of men of height either! For that matter, my 5'10 frame is not really able to stretch and enjoy a tub soak either.

Thanks Karen. I just discovered this amazing Outlander World. Thx for all the research and time you have given to all the fans. Enjoy your summer.

Thanks for all the fun reading! and all your research. Enjoy your break and all the upcoming excitement! Wonderful days ahead!

Love your blog!! Thanks for all the time and hard work that went into FFF. Enjoy MOBY.

Thankyou Karen for all the research you have been doing for so many months, very much appreciated ! You need a break for sure ! Well, in a few days, we all will be reading the new book !! Enjoy your reading and your summer ! Thanks once more.

It's been wonderful and I look forward to your triumphant return whenever it might occur!
.
Side note about pennyroyal: it can also bring on menses. I once read about a group of women at some big multi-day affair who used it as bug repellant and all got their periods while there, regardless of their normal schedule.

I've greatly enjoyed your FFF blogs and will miss them. However, I certainly understand your need for a break.

Thank you for all the FFFs!

I have enjoyed your blog and texts with great delight. Thank you so much for the wonderful details and fun facts. You are very very appreciated. I hope you have a wonderful in your time away in whatever you do. I'll be looking for further posts from you later on. Mary Silver. USA. CA

Thanks to all of you for the kind words! :-) I really appreciate it.

Enjoy the break, Karen. As someone else said, we will miss these but understand that you do this as a labour of love :-)

Karen, I LOVE the fun facts! I will keep myself occupied during your hiatus by starting at the beginning!