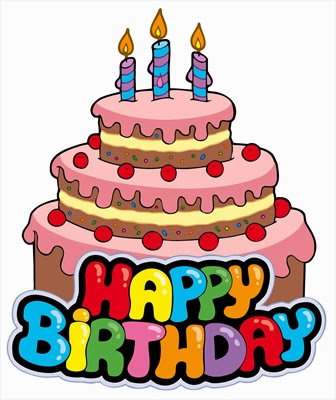 Wishing a very happy birthday to our favorite red-heided Scot, James Alexander Malcolm MacKenzie Fraser, who turns 296 years old today! He was born on May 1, 1721. (And yes, his birthday is the day after Sam Heughan's, which is either an amazing coincidence, or karma, depending on how you look at it. <g>)

If you're on Twitter, please join OUTLANDER fans worldwide in celebrating Jamie's birthday with the hashtag #HappyBdayJAMMF. We've done this every year since 2010, and it's always a lot of fun. In honor of Jamie's birthday, here's a selection of some of my favorite quotes by and about him from the OUTLANDER books. I tried to pick quotes that illustrate as many different aspects of Jamie's personality as possible.  I hope you enjoy them!

If you haven't read all of Diana Gabaldon's OUTLANDER books, you will find SPOILERS below! Read at your own risk.

This is the point where, on my first reading of OUTLANDER, I fell in love with Jamie Fraser.

His tartan was a brilliant crimson and black that blazed among the more sedate MacKenzies in their green and white. The flaming wool, fastened by a circular silver brooch, fell from his right shoulder in a graceful drape, caught by a silver-studded sword belt before continuing its sweep past neat calves clothed in woolen hose and stopping just short of the silver-buckled black leather boots. Sword, dirk, and badger-skin sporran completed the ensemble.

Well over six feet tall, broad in proportion, and striking of feature, he was a far cry from the grubby horse-handler I was accustomed to--and he knew it. Making a leg in courtly fashion, he swept me a bow of impeccable grace, murmuring “Your servant, Ma’am,” eyes glinting with mischief.

Just heartbreaking. But the idea of a love that outlasts even death itself is one of the most powerful themes of the entire series.


"I will find you,” he whispered in my ear. “I promise. If I must endure two hundred years of purgatory, two hundred years without you—then that is my punishment, which I have earned for my crimes. For I have lied, and killed, and stolen; betrayed and broken trust. But there is the one thing that shall lie in the balance. When I shall stand before God, I shall have one thing to say, to weigh against the rest.”

His voice dropped, nearly to a whisper, and his arms tightened around me.

Jamie is a born leader, as we saw during his years in Ardsmuir Prison.


He had come from the bosom of family and tenants, from a strength that had sustained him for seven years, to find a lack of hope and a loneliness that would kill a man faster than the damp and the filth and the quaking ague of the prison.

And so, quite simply, he had taken the ragtag and remnants, the castoff survivors of the field of Culloden, and made them his own, that they and he might survive the stones of Ardsmuir as well. Reasoning, charming, and cajoling where he could, fighting where he must, he had forced them to band together, to face their captors as one, to put aside ancient clan rivalries and allegiances, and take him as their chieftain.

“They were mine,” he said softly. “And the having of them kept me alive."

Other people may see Jamie as a hero, or "King of Men", but Jamie himself would disagree. He's all too aware of his own faults.


“Do ye really think me a good man?” he said at last. There was a queer note in his voice, that I couldn’t quite decipher.

“Yes,” I said, with no hesitation. Then added, half jokingly, “Don’t you?”

After a long pause, he said, quite seriously, “No, I shouldna think so.”

I looked at him, speechless, no doubt with my mouth hanging open.

“I am a violent man, and I ken it well,” he said quietly. He spread his hands out on his knees; big hands, which could wield sword and dagger with ease, or choke the life from a man. “So do you--or ye should."

I love the fact that Jamie has a sentimental side, and the "poison ivy bouquet" always makes me laugh.


"Welcome home,” he said, and held out the small bouquet of leaves and twigs.

“Oh,” she said. She looked at the bits of leaf and stick again, and then at him, and the corners of her mouth trembled, as though she might laugh or cry, but wasn’t sure which. She reached then, and took the plants from him, her fingers small and cold as they brushed his hand.

“Oh, Jamie--they’re wonderful.” She came up on her toes and kissed him, warm and salty, and he wanted more, but she was hurrying away into the house, the silly wee things clasped to her breast as though they were gold.

He felt pleasantly foolish, and foolishly pleased with himself. The taste of her was still on his mouth.

“Sorcha,” he whispered, and realized that he had called her so a moment before. Now, that was odd; no wonder she had been surprised. It was her name in the Gaelic, but he never called her by it. He liked the strangeness of her, the Englishness. She was his Claire, his Sassenach.

We tend to think of the abduction/rape mostly in terms of what happened to Claire, but Jamie was very deeply shaken by what happened, too. I love the way he pushes his own feelings aside in the face of Claire's need, waiting until she is asleep before he will let himself cry.


He held her, both arms wrapped around her as though to save her from drowning, but felt her sink away all the same. He wished to call out to her not to go, not to leave him alone. She vanished into the depths of sleep, and he yearned after her, wishing her healed, fearing her flight, and bent his head, burying his face in her hair and her scent.

Then he cried, soundless, muscles strained to aching that he might not shake with it, that she might not wake to know it. He wept to emptiness and ragged breath, the pillow wet beneath his face. Then lay exhausted beyond the thought of tiredness, too far from sleep even to recall what it was like. His only comfort was the small, so fragile weight that lay warm upon his heart, breathing.

Jamie has just offered young William his hat, in exchange for the one he shot off the young man's head by accident in the wheat field. It's the first time he has spoken to his son in many years.


"Are you all right? What on earth is the matter?" I sat beside him and put a hand on his back, beginning to be worried.

"I dinna ken whether to laugh or to weep, Sassenach," he said. He took his hand away from his face, and I saw that, in fact, he appeared to be doing both. His lashes were wet, but the corners of his mouth were twitching.

"I've lost a kinsman and found one, all in the same moment--and a moment later realize that for the second time in his life, I've come within an inch of shooting my son." He looked at me and shook his head, quite helpless between laughter and dismay.

"I shouldna have done it, I ken that. It's only--I thought all at once, What if I dinna miss, a third time? And--and I thought I must just ... speak to him. As a man. In case it should be the only time, aye?"

WRITTEN IN MY OWN HEART'S BLOOD

Jamie's relationship with Lord John Grey is complex and multilayered. I hope some day they can resume their friendship.


"When Geneva died and it was my fault, it was a knife in my heart--and then William ..." His mouth softened. "The bairn cut me wide open, Sassenach. He spilled my guts out into my hands."

I put my hand on his, and he turned it, his fingers curling over mine.

"And that bloody English sodomite bandaged me," he said, so low I could scarcely hear him above the sound of the river. "With his friendship."

He drew breath again and let it out explosively. "No, I didna kill him. I dinna ken if I'm glad of it or not--but I didn't."

Happy Birthday, Jamie! MANY thanks to Diana Gabaldon for creating such an amazing character, and to Sam Heughan for bringing him to life on TV!

And finally, please note, it's Beltane today, which means the portals are open. <g> Be careful if you go near any standing stones, and be sure to carry a wee gemstone with you, just in case!
#HappyBdayJAMMF diana gabaldon happy birthday jamie fraser jamie fraser jamie quotes outlander

As much as I live Sam as Jamie, it's book Jamie that steals and breaks my heart. Truly the King of Men! Thanks to DG for giving us this gift!

Hi Karen < love Jamie for all of the qualities you just listed ,on a personal note Jamie helped me two years ago I was facing a bad operation that came suddenly and had go through many tests and an operation that took months to recover from , while in the hospital I read outlander for the second time and as I read through it and what Jamie went through with BJR, I though to myself if he can go through all of what he suffered then I can get through this , so in way Jamie was an inspiration to me and gave me the courage I needed at the time so will always love him for that so Very Happy Birthday to a wonderful character and a big thank you to Diana for creating him , please post more soon. Happy Week , sincerely ,

Well, Jamie is the King of Men. Karen, thanks for those wonderful quotes which really describe the complex character of JAMMF.

Karen you are also very gifted and I thank you for it and the sharing with us mere mortals of the ungifted such as myself. Helen in Ark.