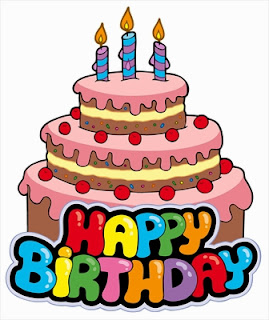 If you haven't read all eight of the OUTLANDER books, you will encounter spoilers below! Read at your own risk.

Roger and Brianna's son Jem was born in mid-May, 1770.  The exact date of his birth is not mentioned in the books, but fans have unofficially adopted May 15 as his birthday, so that's what I'm going with.  He's a Taurus, like his grandda. <g>

Depending on how you count his age, he's either 247 years old, or 45.  Either way, it's pretty mind-boggling!

Here are some of my favorite quotes about Jem:

1) Roger meets his newborn son for the first time:


To my surprise, Roger didn’t look at Brianna, or reach for her hand. Instead, he swiped his thumb across his bleeding wrist, and stepped close to her, eyes on the baby. She pulled back instinctively, but Jamie’s hand came down on her shoulder.

She stilled at once under its weight, at once a promise of restraint and protection, but she held the child tight, cradled against her breast. Roger knelt in front of her, and reaching out, pushed the shawl aside and smeared a broad red cross upon the downy curve of the baby’s forehead.

“You are blood of my blood,” he said softly, “and bone of my bone. I claim thee as my son before all men, from this day forever."

2) Trying to make love in the same room with a young toddler is an exercise in (sexual) frustration, as Roger knows all too well:


[Brianna] made a small noise deep in her throat and stretched luxuriously. She arched her back, pushing her backside up in a way that convinced Roger that the course of wisdom was to fling back the quilt, roll on top of her, and achieve his goal in the ten seconds flat it was likely to take.

He got as far as flinging back the quilt. As he raised his head from the pillow, a round, pale object rose slowly into view over the rim of the cradle, like one of the moons of Jupiter. A pair of blue eyes regarded him with clinical dispassion.

“Oh, chit!” Jemmy said, in happy mimicry. He clambered to his feet and stood, bouncing up and down as he gripped the edge of the cradle he was rapidly outgrowing, chanting, “Chit-chit-chit-chit” in what he evidently thought was a song.

3) By the age of 2 1/2, Jemmy was already showing signs of growing up to be what Claire calls "a bloody man":


A shrill cry from behind made Roger whirl on his haunches. Jemmy, his grandfather’s dirk held over his head with both hands and wobbling precariously, was staggering toward the boar, his face beet-red with ferocious intent.

4) And then there was the time when Jemmy, not quite three, got drunk on cherry bounce. This scene always makes me laugh.


"Your son is a drunkard,” [Bree] informed him. Then she caught a whiff of Roger’s breath. “Following in his father’s footsteps, I see,” she added coldly.

Disregarding this, Roger sat down beside her and gathered Jemmy up into his lap. Holding the little boy propped against his knees, he patted Jemmy’s cheek, gently but insistently.

Like magic, Jemmy’s eyelids floated up. He smiled dreamily at Roger.

“Hallo, Daddy.” Still smiling beatifically, his eyes closed and he relaxed into utter limpness, cheek flattened against his father’s knee.

5) Jem at four, noticing the scars on Jamie's back for the first time. This is such a sweet moment!


Jemmy sighed in exhausted bliss, legs wrapped round Jamie’s middle, arms about his neck, and leaned his sun-reddened cheek against the scarred back. Then he thought  of something, for he raised his head and kissed his grandfather with a loud smacking noise, between the shoulder blades.

Her father jerked, nearly dropping Jem, and made a high-pitched noise that made her laugh.

“Is that make it better?” Jem inquired seriously, pulling himself up and trying to look over Jamie’s shoulder into his face.


He was retrieved from Jamie's study, where he had been spelling out words in--

"Jesus Christ on a piece of toast!" his grandmother blurted, snatching the book from him. "Jamie! How could you?"

Jamie felt a deep blush rise over him. How could he, indeed? He'd taken the battered copy of Fanny Hill in trade, part of a parcel of used books bought from a tinker. He hadn't looked at the books before buying them, and when he did come to look them over ... Well, it was quite against his instincts to throw away a book--any book.

"Another word for prick," Roger said briefly. "Don't bloody use it."

7) Jem in the tunnel in AN ECHO IN THE BONE. He's a logical thinker, like his mother and his grandda. I like the way he fights down his fear and tries to think calmly and analyze the situation.


He found the opening, and felt his way in on his hands and knees, and cracked his head on the thing where the controls were, standing up. That made him see colored stars and he said “Ifrinn!” out loud. It sounded funny, not so echoey now he was inside the train, and he giggled. He felt around over the controls. They were like Mam said, just a switch and a little lever, and he pushed the switch. A red light popped into life, and made him jump.

It made him feel lots better, though, just to see it. He could feel the electricity coming through the train, and that made him feel better, too. He pushed the lever, just a little, and was thrilled to feel the train move.

Where did it go? He pushed the lever a little more, and air moved past his face. He sniffed at it, but it didn’t tell him anything. He was going away from the big doors, though—away from Mr. Cameron.

8) I love this bit because it shows so clearly how much Jem loves his little sister and wants to protect her:

“It’s okay,” he told her, squeezing the stuffing out of her in relief. “It’s okay, Man. I gotcha. I gotcha.”

9) No doubt about it, young Jeremiah MacKenzie has a Fraser temper! But I think he was more than entitled to blow off some steam after all he'd been through.

Jem's face was bright red with fury. At this, it went white.

"Shut up, shut up, shut up!" he shrieked at Mandy, who yelped in terror and screamed louder, trying to scramble up Brianna's body.

"Jem!" Lionel Menzies was on his feet, reaching for the boy, but Jem was absolutely beside himself, literally hopping up and down with rage. The entire restaurant was gaping at them.

"Go AWAY!" Jem roared at Menzies. "DAMMIT! Don't you touch me! Don't touch my mam!" And, in an excess of passion, he kicked Menzies hard on the shin.

"Jem!" Bree had a grip on the struggling, bawling Mandy but couldn't reach Jem before he picked up his dish of ice cream, flung it at the wall, and then ran out of the café, crashing the door open so hard that a man and woman on the verge of entering were forced to leap aside to avoid being knocked over as he rocketed past.

Poor Jem has had a hard time of it in recent years. I sincerely hope that happier times lie ahead for him, now that he's back home on Fraser's Ridge and reunited with his grandparents, and his friends Germain and Aidan.

Hi Karen , like Jem he had a lot of both Jamie and Roger in him , am looking forward to seeing him with both of them in Book #9 in the future, please post more soon. Happy Week. Sincerely .

Hi Karen, I think Jem is connected very much with Jamie they share the same birthday month May , plus after getting g in trouble in school after using some of his grandfathers swear words , the first place Jem thinks to go to is Jamie 's Cave to stay for a few days , so I think Jem is very much connected to his Grandfather , am looking forward to reading more about Jem & Jamie in Book #9, in the future, please post more soon. Happy Week. Sincerely.

love who Diana's words zip you right into the middle of the moment. Good luck find a child actor to play Jem!

I absolutely love Jem and his bond with Jamie. Really looking forward to seeing his antics on screen.