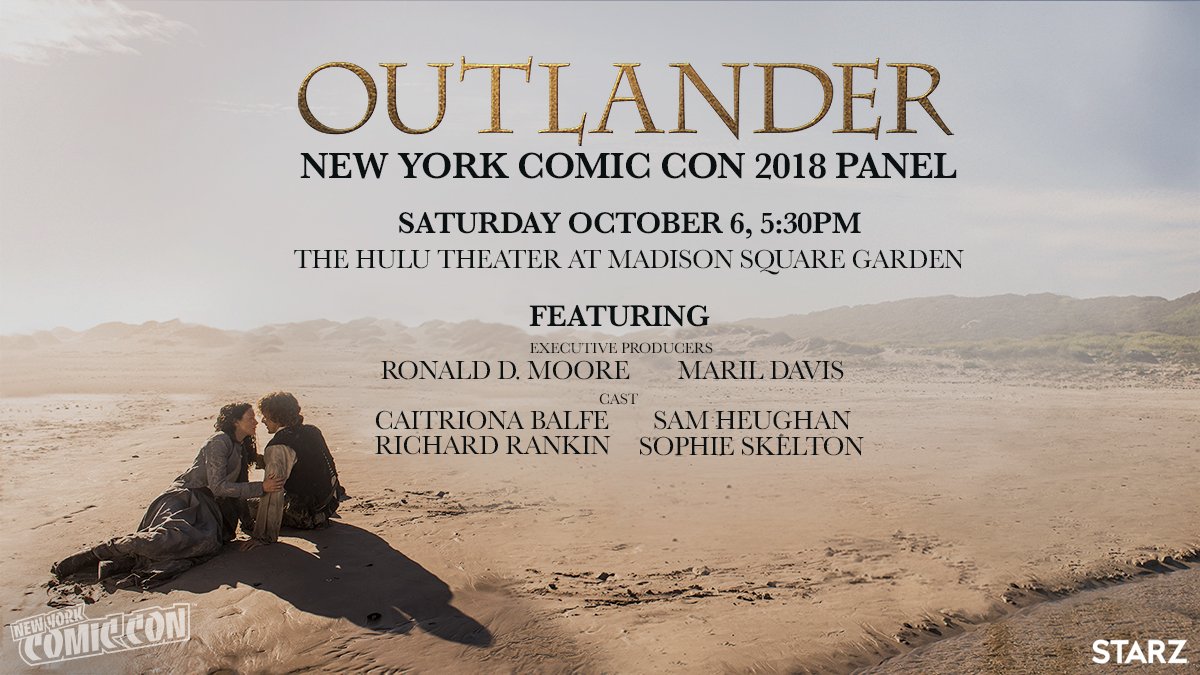 STARZ announced yesterday that the OUTLANDER panel at NY Comic Con will take place on Oct. 6 at 5:30 pm.

Diana Gabaldon will not be attending. Apparently she wasn't invited, although she's attended these events every year since the series began in 2014.


It does seem pretty rude that they didn't even let her know she wouldn't be included on this year's panel.

Have they lost sight of the fact that without Diana Gabaldon, there would be no OUTLANDER, books or show?

No, it wasn't a mistake. They did apologize last night for not telling me. Official Version is that the panel will only be 30 minutes, so needed to keep it minimal. https://t.co/JQFDqBHSOd
— Diana Gabaldon (@Writer_DG) August 23, 2018


I'm sure there will be a video of this panel, for those of us who can't be there in person.
#nycc diana gabaldon outlander outlander starz tv series

Hi KAren I agree that without Diana and her wonderful books their wouldn't be a series in the first place , maybe someone needs t remind them of this . I can't go but I hope you will and please post as much as possible , also I'm thrilled that you will be interviewing Diana and can't wait to see it on your Blog , so this Fall will be full of many exciting Outlander things , can't wait . please post more soon. Happy Week . Sincerely .

To not invite Diana Gabaldon to the Outlander event in NYC in October is really bad form on the part of Starz, Tall Ship Productions, Ronald D. Moore, Maril Davis - the lot of them. Truly don't understand the thinking behind this. And, to add to the insult Diana had to find out when Starz PR posted the event to the world. Shame on them.