Laurence Dobiesz will play Alex Randall, younger brother to the notorious Black Jack Randall. The casting team continues to do a fantastic job! I am amazed at how much Dobiesz resembles Tobias Menzies, especially around the eyes. 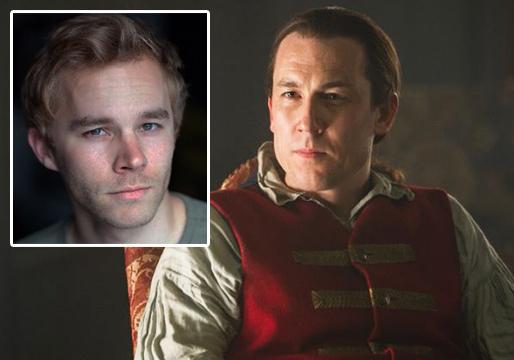 Also, it was announced a few days ago that Margaux Chatelier will play Annalise de Marillac. If you've read DRAGONFLY IN AMBER, you'll recall that Jamie tells Claire how he fought his first duel in Paris at the age of 18 over Annalise de Marillac.  She's not precisely an "ex-girlfriend", at least in the book, but Jamie certainly had a major crush on her.