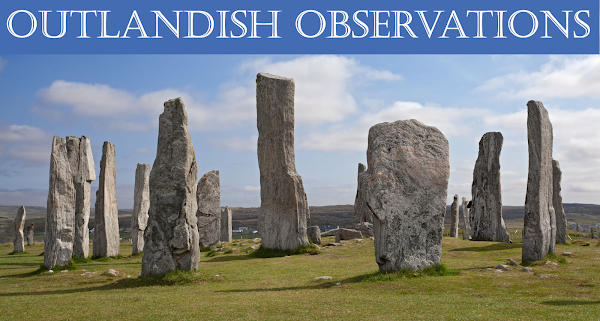 So we've come to the end of 2020 at long, long last!! It's been a terribly hard year for many of us, to say the least (myself included), but we got through it.

2020 was a relatively quiet year in OUTLANDER fandom, but there were still a number of notable events. Here are some of the highlights of the past year: February 16 - On the day that Season 5 officially premiered on STARZ, I was mentioned in an article in the Washington Post, on the subject of the "OUTLANDER Effect" on Scottish tourism. It's only a brief mention, but it was quite a thrill for me personally, one of those things that would never have happened in a million years if it hadn't been for these books.

Mid-February - Mid-May - The Great Thread Explosion of 2020, aka Season 5 discussions on TheLitForum.com, where I manage the Diana Gabaldon section. This is always a huge effort for me, essentially taking up all of my spare time for three full months, but I think it's worth it. My Season 5 episode recaps are here if you're interested: 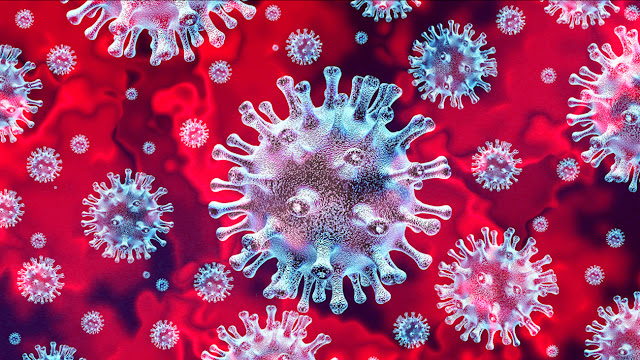 March 19 - As lockdowns went into effect worldwide due to COVID-19, I posted a collection of OUTLANDER quotes to get you through the pandemic. It's always amazing to me that there are quotes in these books to cover just about any situation you can imagine, including a global pandemic. I hope you find these helpful. 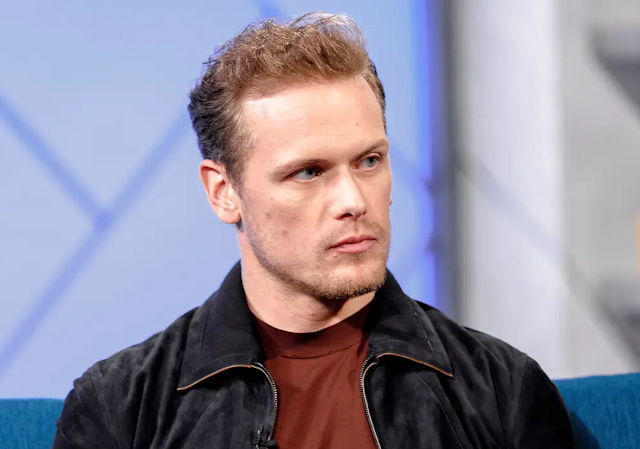 April 17 - Sam Heughan spoke out on Twitter about the "constant bullying, harassment, stalking and false narrative" he has endured since the OUTLANDER TV series premiered six years ago. In response, fans worldwide showed their support with the hashtag #WeStandWithSam.

April 22 - Diana Gabaldon broke her shoulder! She was unable to type for a few weeks, but eventually made a full recovery.

Will be scarce for a bit. Had minor accident involving two dogs and a garden hose--broke my right shoulder. Ow. Bad typing. 😱 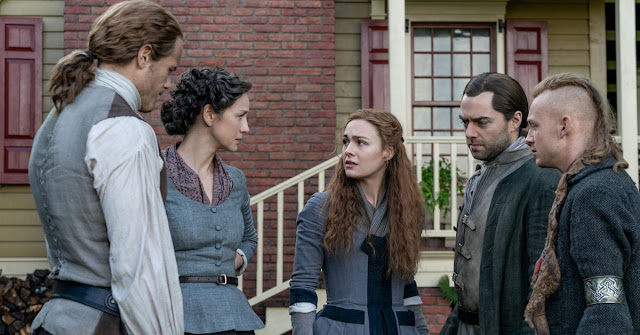 May 3 - OUTLANDER Episode 511, "Journeycake", premiered on STARZ. This is the second episode Diana Gabaldon has written for the TV series. 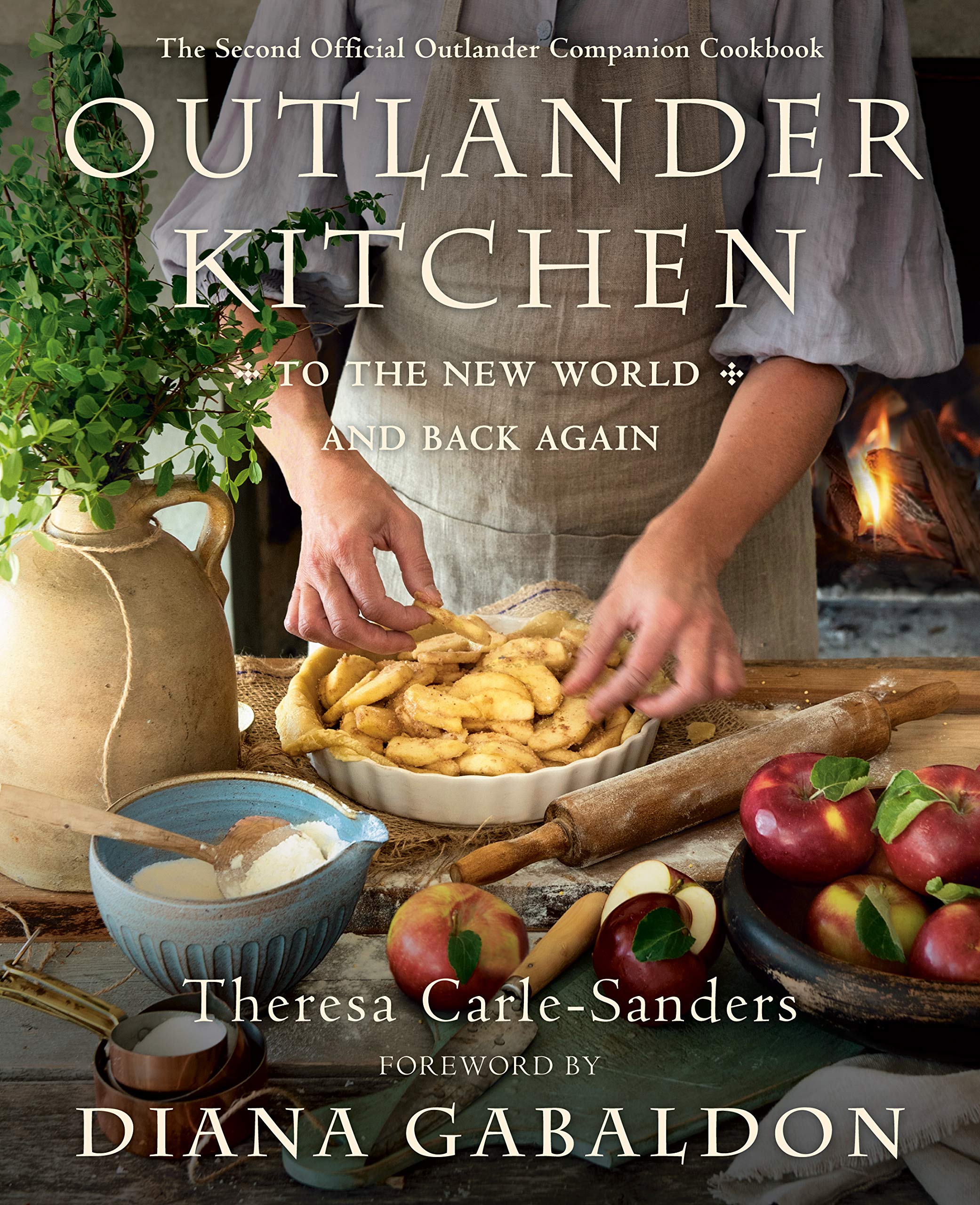 June 2 - Theresa Carle-Sanders released her second Outlander Kitchen cookbook, OUTLANDER KITCHEN: To the New World and Back Again! For those of you who don't know, Theresa is a professional chef and OUTLANDER fan from Canada. You can see some of her recipes on her website here.

August 5 - Diana Gabaldon posted a photo of the bookshelves in her office (with a sleeping dachshund in the foreground!) It's always fascinating to me to get a look at what she keeps on her bookshelves. In case you're wondering, Diana confirmed on TheLitForum.com that the enormous book on a stand on the far right is in fact an immense dictionary.
August 13 - Many of us had been wondering for a while if Davina Porter would be available to do the audiobook for GO TELL THE BEES THAT I AM GONE, Book 9 in the OUTLANDER series. I was afraid she might have retired, and so I was delighted and relieved to see Diana Gabaldon's response to my comment on her Facebook page: "I have just now sent her the first three (big) sections of BEES, to start reading for prep while I fill in the holes." 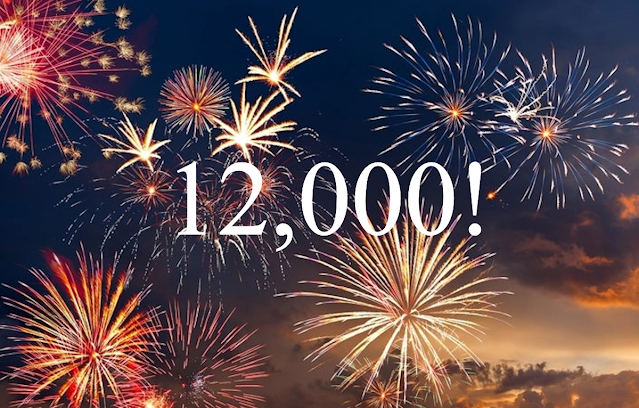 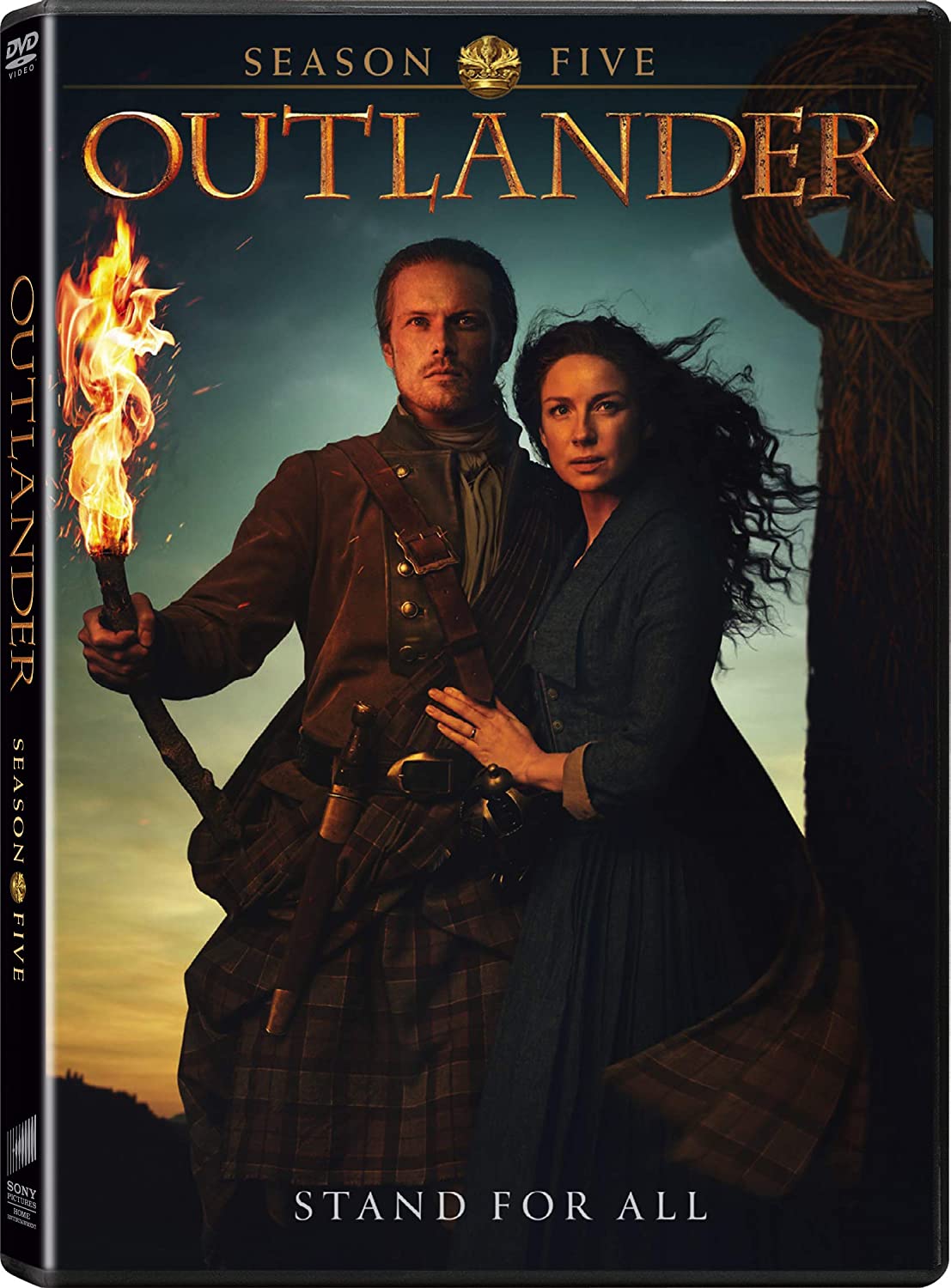 November 3 - CLANLANDS, Sam Heughan and Graham McTavish's account of their adventures traveling around Scotland, was published, and promptly rose to #1 on the NY Times Nonfiction Bestseller List. Congratulations to Sam and Graham! November 25 - A Scottish deerhound named Claire, whose formal name is "GCH Foxcliffe Claire Randall Fraser", won Best in Show at the 2020 National Dog Show. In the midst of a year that seemed to consist of an unending deluge of Very Bad News, this made me laugh. There really are OUTLANDER references everywhere!


December 25 - We still have no official word on when filming will start on Season 6 (with the pandemic still raging in the UK, it might be a while longer before they can begin), but it's obvious from this Christmas video from the cast that they are excited about Season 6 and eager to get underway!

The #Outlander cast just wanted to drop by and give you a little gift. 🎁 Happy holidays to the best fans ever! pic.twitter.com/Ax3RLE2u1a

December 28 - My Outlandish Observations blog has a new look! I'm really pleased with the way it turned out, and gratified by the positive reaction so far.

Happy New Year, Karen!🎊👍👍. Thank you for your awesome blog and all the wonderful information regarding Outlander. You care and it shows👍

I wish you a very happy year to come. You are best!!! Much appreciation to you from me for all your hard work with Diana Gabaldon!!! Life long fan!!!