1) This photo shows what homemade hardtack, or ship's biscuit, looks like. (Photo by Jeff Warren, on Flickr.)  These hard, unleavened biscuits -- made from flour, water, and salt -- were a staple food aboard sailing ships for centuries, because they could be stored for long periods of time.

Here's a video from Jas. Townsend & Sons -- a company that sells all kinds of 18th-century items -- showing how to make ship's biscuit. (The demonstration starts at about 1:23 into this video.)


"No, they certainly can’t eat salt beef,” I said firmly. “Nor yet hardtack, though if we soak the biscuit in boiled milk, perhaps we can manage that as they begin to recover. If you knock the weevils out first,” I added, as an afterthought.

For more information, look here and here.  If you want to try this at home, there's a recipe here.

2) What exactly is a "phantom limb"?  According to Wikipedia,


A phantom limb is the sensation that an amputated or missing limb (even an organ, like the appendix) is still attached to the body and is moving appropriately with other body parts. Approximately 60 to 80% of individuals with an amputation experience phantom sensations in their amputated limb, and the majority of the sensations are painful.

You may recall that Jamie and Ian talked about it in ECHO, shortly before Ian's death.


"Well, the thing is," Ian said, wiggling his sound foot to and fro, "I can still feel my missing foot. Always have been able to, ever since it went. Not all the time, mind," he added, looking up. "But I do feel it. A verra strange thing. Do ye feel your finger?" he asked curiously, raising his chin at Jamie's right hand.

"Well...aye, I do. Not all the time, but now and then--and the nasty thing is that even though it's gone, it still hurts like damnation, which doesna seem really fair."

He could have bitten his tongue at that, for here Ian was dying, and him complaining that the loss of his finger wasn't fair. Ian wheezed with amusement, though, and leaned back, shaking his head.

"If life was fair, then what?"

Here's an article from WebMD with more information on phantom limb pain.  Modern treatments include the use of mirrors, and even virtual reality.

When Diana Gabaldon announced the title of AN ECHO IN THE BONE back in 2007, it occurred to me almost at once that this title could refer to the phantom limb effect.  It's a very powerful metaphor for grief, loss, and separation.  Here's a post on Compuserve from 2009 where I explored that idea in some detail. 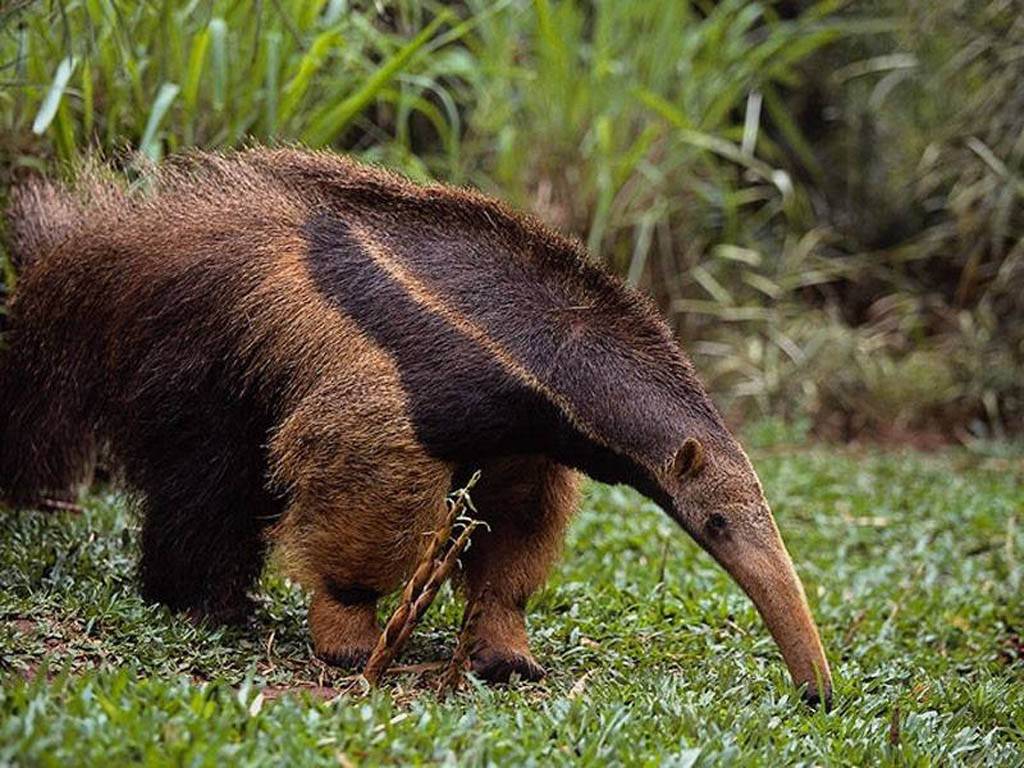 3) This is an anteater (suborder Vermilingua).  From Wikipedia:


All anteaters have elongated snouts equipped with a thin tongue that can be extended to a length greater than the length of the head; their tube-shaped mouths have lips but no teeth. They use their large, curved foreclaws to tear open ant and termite mounds and for defense, while their dense and long fur protects them from attacks from the insects. All species except the giant anteater have a prehensile tail.


[Jamie] wrinkled his long nose fastidiously and I laughed.

“You look like an anteater when you do that,” I told him.

The attempt to distract him was successful; the wide mouth curved upward slightly.

“Oh, aye? There’s a beastie eats ants, is there?” He did his best to respond to the teasing, turning his back on the Barbados docks. He leaned against the rail and smiled down at me. “I shouldna think they’d be verra filling.”

“I suppose it must eat a lot of them. They can’t be any worse than haggis, after all." Here's another look at an anteater.  (Photo credit: Olaya Garcia, on Flickr.)  According to this site, anteaters can eat up to 30,000 insects a day (!) For more information about anteaters, look here and here.


"Ho ro," someone behind him said in open approval, "mo nighean donn boidheach!" For one head-spinning instant, [Ian] thought it was his uncle speaking and blinked stupidly, wondering why Uncle Jamie should be making flirtatious remarks to his aunt while she was working--but Auntie Claire wasn't here at all, his slow wits reminded him, so what...

One hand over his eye to keep it from falling out of his head, he turned carefully and saw a man in the opening of the tent.

You can see the Rankin Family singing the Gaelic version here.  The Gaelic lyrics are here, along with the English translation. 5) This is mountain laurel (scientific name, Kalmia latifolia). (Photo credit: Greer82496, on Flickr.)  Bree and Jamie saw flowers like these on one of their first excursions together on Fraser's Ridge:


They hunted up and down the mountainside, laughing as they dodged the bomber assaults of enraged bumblebees, hunting telltale patches of yellow and white. The bees liked the mountain laurel, but too many of those patches were too high to see over, too dense to pass through.


The plant is naturally found on rocky slopes and mountainous forest areas....The plant often grows in large thickets, covering great areas of forest floor. In North America it can become tree sized on undeveloped mountains of the Carolinas but is a shrub farther north. Here's another view. (Photo credit: esywlkr, on Flickr.)  The mountain laurel is the state flower of Pennsylvania and Connecticut. They're beautiful to look at, but you may be surprised to learn that all parts of the plant are poisonous.  For more information about mountain laurel, look here.

This is great stuff, I love the background and had a feeling that hardtack was unappetizing stuff. Well, how appetizing can a food called hardtack be?

Moran taing, Karen! By the way, the link you provided to the lyrics for Ho Ro Mo Nighean Donn Bhoideach (celticlyrics.com)is a wonderful site for a lot of reasons. But one is that they always identify cds (usually still available)on which we can hear these glorious songs, and in this case, the cd Seinn O Horo Seinn is a teaching cd. For every song (all traditional), Arthur Cormack and Fiona MacKenzie sing the lyrics slowly and clearly but also speak them so that those of us who are second-language learners can learn to warble a passable version.

Thanks for the marvelous posting! I actually enjoyed reading it, you can be a great author.

I will make certain to bookmark your blog and may come back down the road.
I want to encourage one to continue your great work, have a nice day!