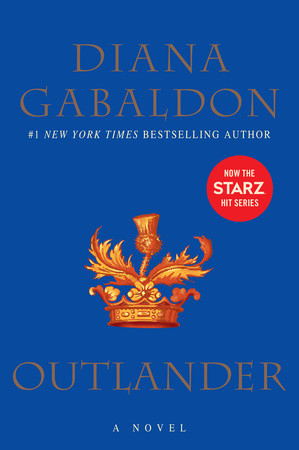 I have seen some questions recently about the differences between OUTLANDER and CROSS STITCH.  So I thought I'd repost the detailed comparison of the two books that I did in 2009.


- OUTLANDER was originally published in the UK, Australia, and New Zealand under the title CROSS STITCH.  (Why?  Look here.)

- In recent years, since the TV series premiered, the book has been retitled as OUTLANDER, but the text of the book itself has not changed. - If you're not sure which edition you have, look at the very beginning of the book. If it says "Inverness, 1946", rather than "Inverness, 1945", you are looking at CROSS STITCH, even if the cover says OUTLANDER.

- None of the other books have differences in the text between the US and UK versions.

As Diana Gabaldon explained on Compuserve in 2009:

All the _other_ books are identical, between the US and UK editions, but for CROSS STITCH, the editor expressed concern that readers would think Claire was "cold-hearted," if she didn't worry about Frank more--so there are six small insertions (of a sentence or two) in which Claire worries explicitly about Frank. <g>  The same editor also asked me to remove the sex scene that ends the "Raiders in the Rocks" chapter, fearing that it might be too graphic for her readership, and asked me to alter another so (and I quote) "it looks as though they're having _normal_ sex." <ahem>  After this request, she added deprecatingly, "Of course we all _do_ that, but we don't like to admit that we do."

Rather to my surprise, when I set out to compare the two books, I found more discrepancies than just the ones Diana mentioned.  Most of the differences are very minor, some of them are just baffling, and a few might surprise you!

The discussion of the differences between the two books from the old Compuserve Books and Writers Community from 2009 is archived here.  Not all of it is available, but it's worth a look anyway. Diana Gabaldon commented frequently in that thread.

Inteesting! I've always liked to get British editions of books as well as the American--a lot of them, especially the older ones, are really different (essp old Anne McCaffrey--they had more detail!). Cross Stitch is definitely on my list.